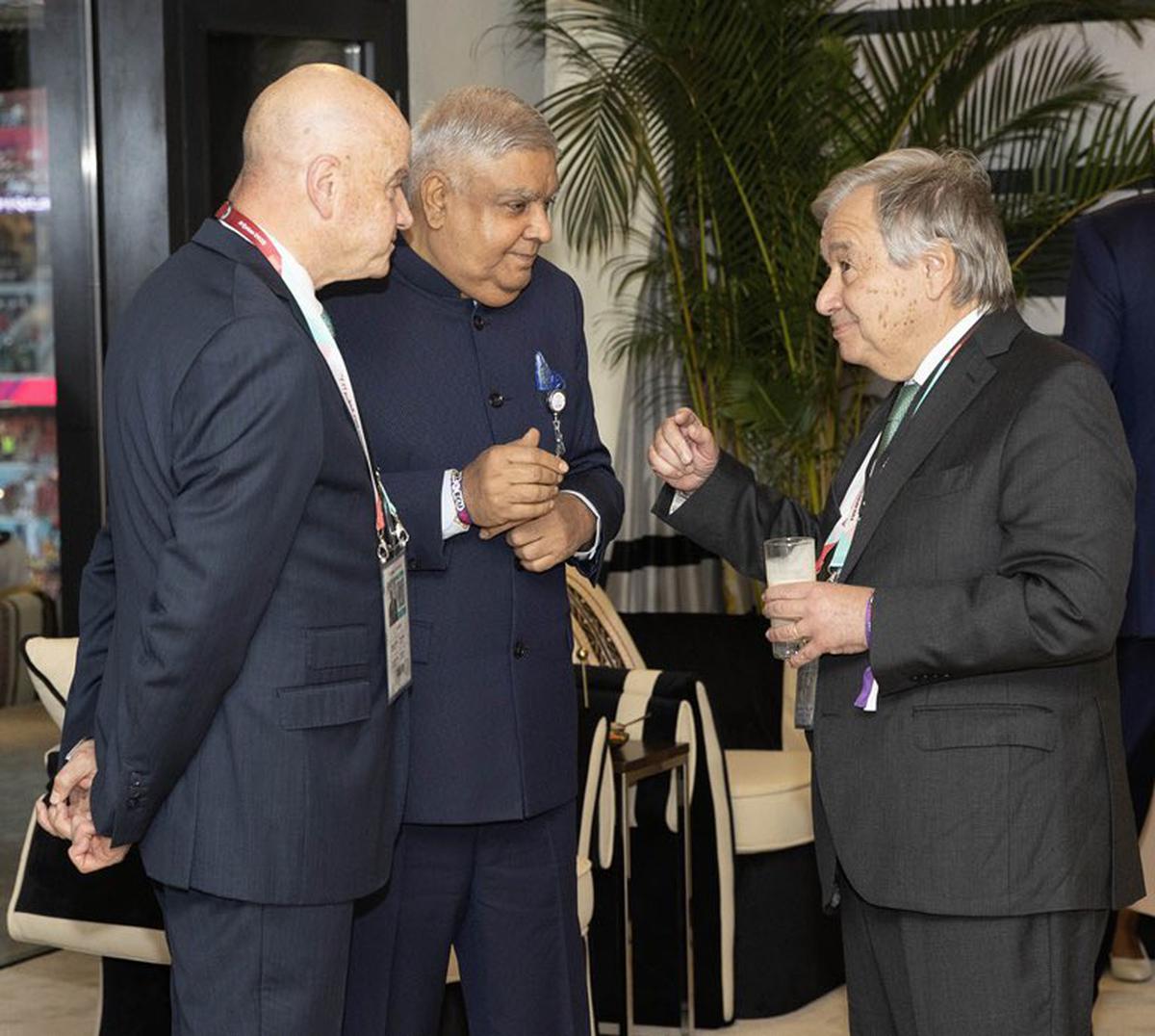 Vice President Dhankhar is on a two-day visit to Qatar at the invitation of Sheikh Tamim bin Hamad Al Thani, Emir of the State of Qatar. The Ambassador of India to the State of Qatar Deepak Mittal and other senior officials from the ministry of foreign affairs from Qatar’s side received the Vice President at Hamad International Airport in Doha.

On the second day of his visit, he will interact with prominent members of the Indian community and visit Qatar National Museum. He will also be interacting with members of Indian community organizations working for migrant Indian workers and members of ‘Rajasthan Parivar Qatar’.

After addressing the Indian community, he will depart for the hotel, and from there he will reach the airport. He will arrive at Delhi airport on Monday late evening.

Notably, the tournament is the last with 32 participating teams, as the field will increase to 48 teams when Canada, Mexico, and the United States host the 2026 tournament.

Meanwhile, Enner Valencia scored a brace to help Ecuador defeat Qatar in the opening game of the 2022 FIFA World Cup at the Al Bayt Stadium in Al Khor, Qatar on Sunday. With this win, Ecuador became the first team to beat the host nation in the opening match of the World Cup in the 92-year history of the tournament.

Denial of responsibility! NewsUpdate is an automatic aggregator around the global media. All the content are available free on Internet. We have just arranged it in one platform for educational purpose only. In each content, the hyperlink to the primary source is specified. All trademarks belong to their rightful owners, all materials to their authors. If you are the owner of the content and do not want us to publish your materials on our website, please contact us by email – [email protected]. The content will be deleted within 24 hours.
best sports newsCupDhankarFIFAIndianleadersmeetsnews update sports

Badel sweats on scans after ‘brutal’ fall, while Wellington pulls up lame