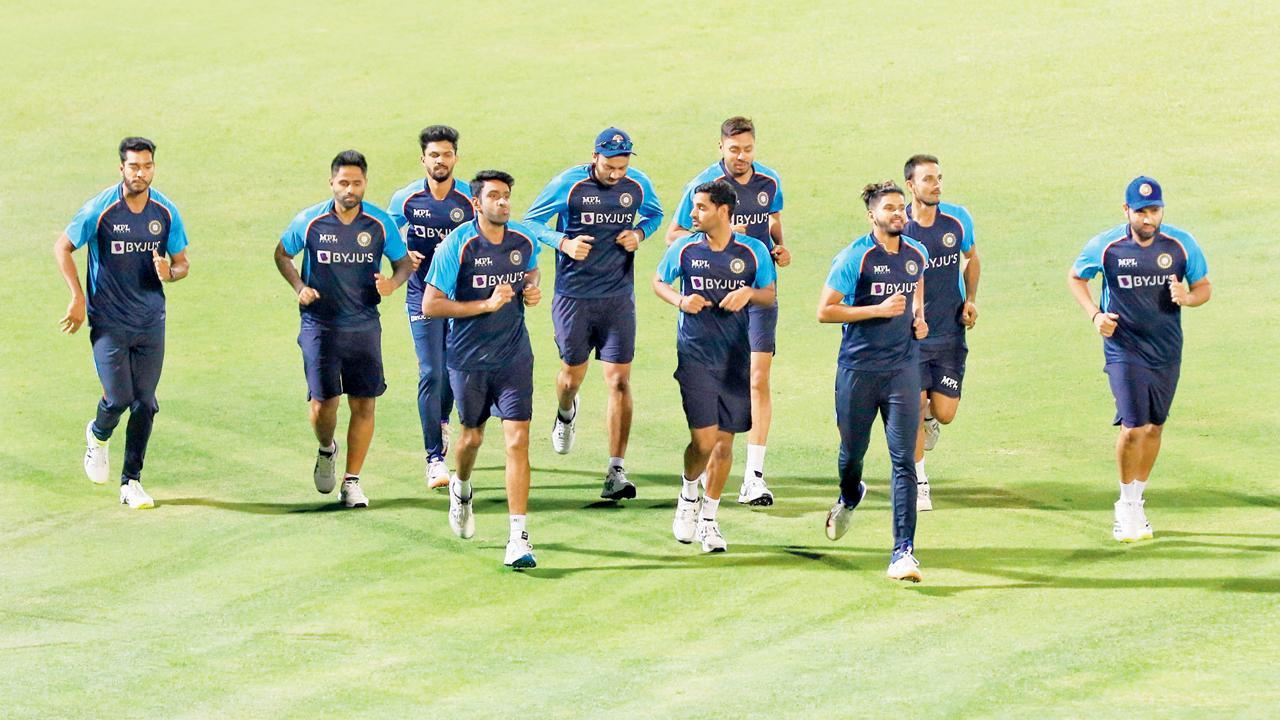 For Team India new skipper Rohit Sharma, it’s all about assurance for players

Team India’s new T20 captain, Rohit Sharma is set to ring in a shift to address the issue of insecurity over places in the playing XI.

Unlike his predecessor Virat Kohli, who often tinkered with the playing XI, Rohit believes in giving players a longer rope and instilling confidence in his troops to do the job.

“It’s one of the important aspects of the [T20] format, where people have the assurance of taking chances in the middle. If it comes off, it comes off. If it doesn’t, then what happens? That’s where both of us [new head coach Rahul Dravid] will need to play a huge role in giving an individual that assurance of going out and expressing himself,” said Rohit while addressing a virtual press conference on Tuesday, indicating that players no longer have to sweat over keeping their spot.

“It’s important, especially in this format. Sometimes you just need to go out there and play fearlessly and while doing that, chances are that you might not always be successful because it’s a short format and you’re always challenged. The pressure is always there. We certainly will keep an eye on that aspect. That’s where the entire set-up will play a big part—wherever that individual bats and how we want him to bat—goes and does the job for us.

Team India failed to qualify for the knockout round of the just-concluded T20 World Cup in the UAE.

Rohit and coach Dravid take fresh guard as they kick off preparations for the T20 World Cup to be held in Australia next year.

The Mumbaikar also stressed on the importance of having specific roles for every player. “It’s important, because in the Indian team, when you compare it to Syed Mushtaq Ali T20 or the IPL, as these are the only two T20 [tournaments] our players play, they play differently in Syed Mushtaq Ali and in the IPL. And when they come here [in the Indian team], they have a different role to play. We strictly want to assign the role that we want them to play here and for that, it may take a while. But for us, giving them that longer rope, giving them the confidence, is important. We are starting afresh after the T20 World Cup. We have some ideas and thoughts for this series [v New Zealand] and we will take it from there,” he said.

Rohit is keen to create his own success template for Team India rather than copying someone else’s. “We need to set the template right. India have been brilliant in this format, it’s just that we have not won the ICC tournament, but we played well as a team. There are little holes we need to fill and make sure that things are looked after. That will be the biggest challenge. There are holes in every team, the way you fill those is what matters. I am not going to say that we have to follow a certain team’s template. We just have to create our own template and what is best for our team,” he said.

Denial of responsibility! NewsUpdate is an automatic aggregator around the global media. All the content are available free on Internet. We have just arranged it in one platform for educational purpose only. In each content, the hyperlink to the primary source is specified. All trademarks belong to their rightful owners, all materials to their authors. If you are the owner of the content and do not want us to publish your materials on our website, please contact us by email – [email protected]. The content will be deleted within 24 hours.
Assurancebest sports newscricket newsind vs nzInd vs NZ liveind vs NZ t20IND vs NZ T20 seriesIndia

How many skull tattoos does Randy Orton have?