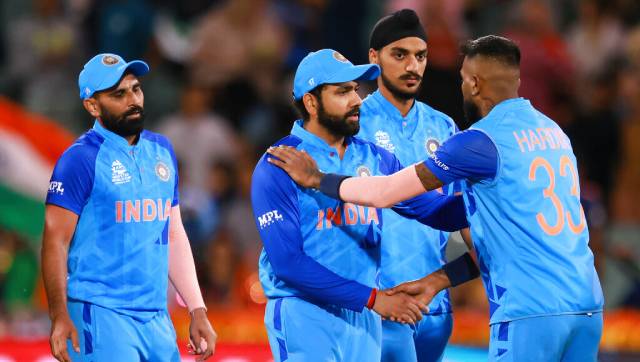 After Team India’s elimination from the ICC T20 World Cup, Rohit Sharma’s captaincy has been facing some tough questions. Looking at the recent fixtures under his leadership, the Men in Blue have recorded some poor results, especially in T20 cricket.

Now, former Indian bowler Atul Wassan revealed his thoughts on the matter. While speaking on ABP News, Wassan stated that the T20I brigade should see a change in the captaincy and anyone between Hardik Pandya and Rishabh Pant can take on the responsibility. Both of them have got the experience of leading a side thanks to the Indian Premier League (IPL). According to him, it can herald a new era for India in the shortest format.

Referring to India’s performance in the world cup semi-final, Wassan acknowledged that he was still finding it hard to digest the defeat. “I still can’t believe what happened and am in complete shock. I had the impression that England batted in Sharjah and India in Adelaide,” the former pacer said.

He also made a stern remark by saying, “I think Rohit’s tenure as India’s T20 captain is over. You should always make plans for the period between two World Cups, and I don’t believe Indian cricket will benefit from retaining him as captain. A return on such an investment is not possible.”

Additionally, he backed Pandya and Pant for the captaincy role, adding that their approach toward the game can turn out to be beneficial for the T20 team.

Wassan also pointed out the cricketers’ lack of spirit and determination that resulted in the humiliating loss. He thought the Indian unit had surrendered quite early in the game and did not even try to turn the tables around by picking up wickets in the crucial situation. He severely rebuked Rohit, alleging that the Indian captain lacked leadership and that all of the team’s decisions were handled by the management.

“We saw cricketers at two different levels. A minimum of something ought to have occurred. Even that is hard to blame. In my opinion, you shouldn’t blame the captaincy. After all, all decisions were made by the team management. A single call was not taken by Rohit. He simply chose where to hide on the field,” Wassan further said.

Next, India will play a three-match T20I series and a three-match ODI series against New Zealand. While Pandya will lead the T20I unit, Shikhar Dhawan has been chosen to captain the ODI brigade in the absence of Sharma. However, no permanent decision has been taken by the board regarding the leadership role.

Denial of responsibility! NewsUpdate is an automatic aggregator around the global media. All the content are available free on Internet. We have just arranged it in one platform for educational purpose only. In each content, the hyperlink to the primary source is specified. All trademarks belong to their rightful owners, all materials to their authors. If you are the owner of the content and do not want us to publish your materials on our website, please contact us by email – [email protected]. The content will be deleted within 24 hours.
best sports newscaptainCricketerHardikIndianews update sportsnewsupdatePandya

Significant progress made by IOA, decision on final warning…

Uber rolls out robotaxis even as self-driving car hype wanes