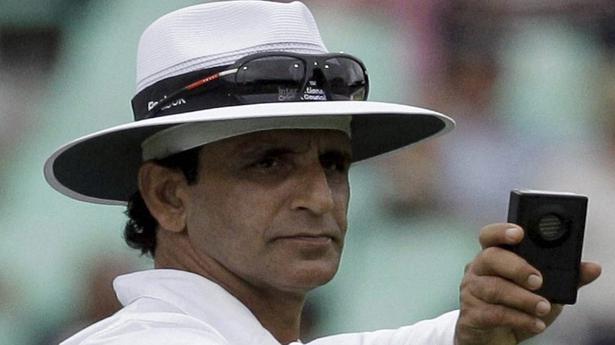 According to media reports, Rauf due to cardiac arrest soon after he returned from his shop in Lahore on Wednesday night.

“Saddened to hear about passing of Asad Rauf. Not only was he a good umpire but also had a wicked sense of humour. He always put a smile on my face and will continue to do so whenever I think about him. Many sympathies with his family for their loss,” Pakistan Cricket Board (PCB) President Ramiz Raja tweeted.

Rauf, who had played 71 first-class matches for National Bank and Railways before taking up umpiring, was appointed in the ICC elite panel in April 2006.

Alongside compatriot Aleem Dar, he became one of Pakistan’s most prominent umpires.

However in 2013, his career came to an abrupt end when he was named as one of the accused by the Mumbai Police in IPL spot-fixing scandal, where he had been umpiring.

He left India midway through that IPL season and was also withdrawn from the Champions Trophy and dropped from the ICC elite panel.

In 2016, he was handed a five-year ban by the BCCI on four charges of corruption and misconduct.

Denial of responsibility! NewsUpdate is an automatic aggregator around the global media. All the content are available free on Internet. We have just arranged it in one platform for educational purpose only. In each content, the hyperlink to the primary source is specified. All trademarks belong to their rightful owners, all materials to their authors. If you are the owner of the content and do not want us to publish your materials on our website, please contact us by email – [email protected]. The content will be deleted within 24 hours.
Asadasad raufAsad Rauf diesAsad Rauf PakistanAsad Rauf umpirebest sports newsDiesnews update sports