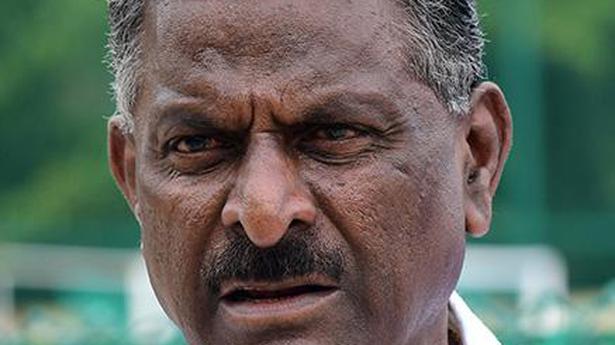 V. Baskaran, who captained the 1980 Olympics gold medal-winning squad, lamented that the passing away of teammates Ravinder Pal Singh and Kaushik on the same day was “too much to take.”

Baskaran said Kaushik had a fantastic final against Spain. “I vividly remember him scoring a goal and being instrumental in getting the team a penalty stroke, which Surinder Singh Sodhi converted,” he said.

“He was equally successful as a coach and gave a facelift to the Indian women’s team, ” added Baskaran.

Baskaran labelled Ravinder Pal as a ‘complete player’. “His basics were sound. He had speed, endurance and strength. He enjoyed his role as centre-half and moreover he came at a time when there was a big vacuum in that centre-half position,” he said.

“It was a settled team (at Moscow) with me in left-half position, Somayya in right-half and Ravinder in centre-half.”

According to Baskaran, Ravinder’s best performance in the 1980 Games came in the draw against Spain. “He was everywhere, was fearless and played wonderfully well.”

Baskaran said he first met Ravinder in 1979 in Patiala during the pre-Olympic training camp. “He was very only 19 when I met him with Mohammad Shahid. Both were from the Lucknow Sports Hostel. I loved the way Ravinder played,” said the 70-year-old.

Baskaran said Ravinder was a regular feature in the Murugappa All-India invitation hockey tournament, representing the State Bank of India team, during the 1980s and 90s.

Zafar Iqbal, Ravinder Pal’s teammate and senior at the Olympics, said “he was excellent with his ball-distribution and anticipation. Calm and composed, he was a complete player.”

Triple Olympian N. Mukesh Kumar said the death of Kaushik was a personal loss to him. “I remember every moment of my association with this wonderful coach, especially being a member of the gold medal-winning team at the 1998 Bangkok Asian Games.

“He knew who would deliver the results and ensured that the whole team gelled well.”

“Kaushik was a speedy right winger with skill and thrust. And he became a successful coach too. His death is a tragic loss,” said Sait.

Speaking about Ravinder Pal, Sait said “A very depressing piece of news. I was hoping and praying that he would pull through. I was one of the selectors who picked him in the Indian team.”

Denial of responsibility! NewsUpdate is an automatic aggregator around the global media. All the content are available free on Internet. We have just arranged it in one platform for educational purpose only. In each content, the hyperlink to the primary source is specified. All trademarks belong to their rightful owners, all materials to their authors. If you are the owner of the content and do not want us to publish your materials on our website, please contact us by email – [email protected]. The content will be deleted within 24 hours.
best sports newscoronavirusdeathgold medalHockeyhockey matchKaushikmoscow olympics

Sony is kicking off June with a new State of Play