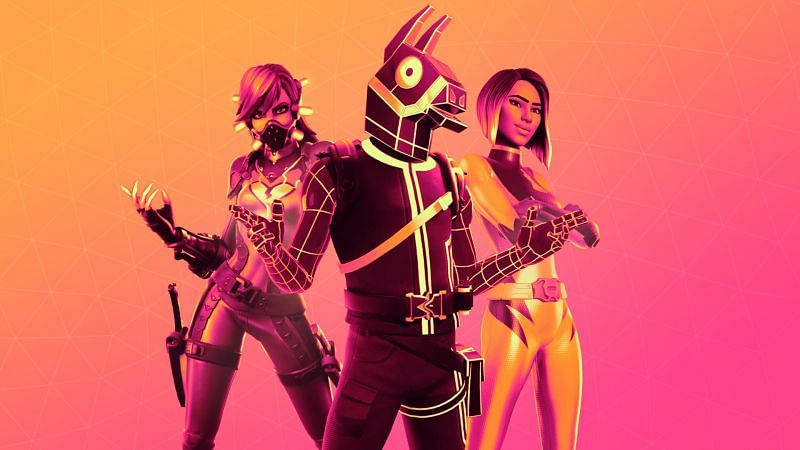 Fortnite: 5 Times Fortnite has teased Aliens in the past

With Fortnite Chapter 2 Season 7 right around the corner, players are awaiting the aliens’ arrival in-game. Given the leaks, the in-game occurrences and the cryptic promotional materials, the appearance of aliens is extremely likely.

Fortnite has sent out cryptic postcards to players in recent weeks. They’ve also sent content creators secret DVDs and stuck posters on walls.The only official teaser was a six-second video that revealed next to nothing. Still, promotion for this season has been very high, and it seems more than likely that extra terrestrials will make an appearance this season in some fashion.

With that being said, these last few weeks haven’t been the only times aliens have been teased by Fortnite. Here are five other times aliens were teased long before Chapter 2 Season 7.

Risky Reels was a popular location in Chapter 1. Players could land there where there were a couple of barns, a house and a rather large movie projector screen. Some live events were even projected onto the screen. The Chapter 1 Season 4 trailer showed aliens, long before the new season.

Here in Dusty Depot something is going on in the sky. There’s also a telescope stationed on the rooftop. Combine that with the fact that Dusty Depot became Dusty Divot and was the center of some research going on, and where a meteor hit, aliens were likely what was being foreshadowed.

In Fortnite, the Seven are theorized to be the same character, but from different dimensions. They also appear to be an organization whose aim is to stabilize dimensions. Dimensional travel and the existence of the intelligence level required to do those things indicates they may not be from Earth. Currently, only four have been revealed.

The Visitor was the first of the secret battle pass skins. In Chapter 1, he was an integral part of the storyline. The name the Visitor implies he’s from another world and that leads directly into the alien theories. Could Fortnite have been planning aliens as far back as this?

The most obvious reference to aliens is the inclusion of the xenomorph skin from Ridley Scott’s Alien film series. However, more than just this skin appears to be otherworldly. For example, back in Chapter 1, many skins featured an astronaut outfit, indicating that outer space travel may have been part of the game.

The Leviathan skin also appears to be otherworldly. Several of the accompanying back blings and other cosmetics indicate space travel as well. Could this have been the first notice of aliens in Fortnite?

Loading...
Denial of responsibility! NewsUpdate is an automatic aggregator around the global media. All the content are available free on Internet. We have just arranged it in one platform for educational purpose only. In each content, the hyperlink to the primary source is specified. All trademarks belong to their rightful owners, all materials to their authors. If you are the owner of the content and do not want us to publish your materials on our website, please contact us by email – [email protected]. The content will be deleted within 24 hours.
Loading...
Aliensbest sports newsfortniteFortnite Battle RoyaleFortnite Season 6Fortnite Skins & Charactersnews update sportsnewsupdate

The best electric cars of 2021

Apple will finally give iPhone and iPad users an important…

Activating a second defence to secure your Google account