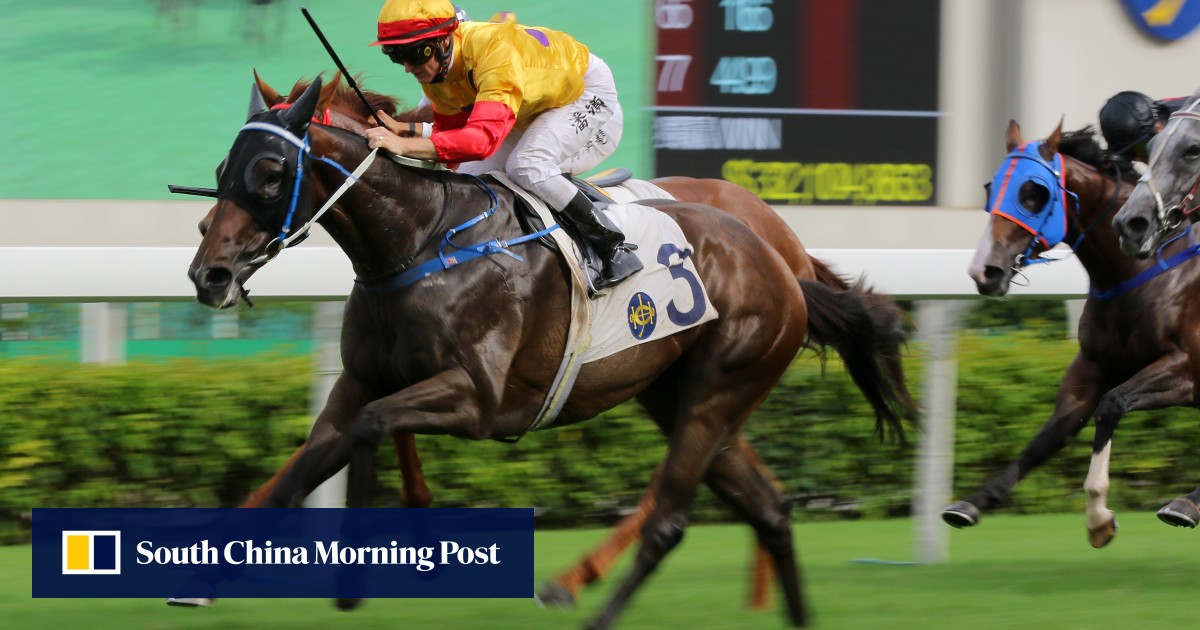 Fownes backs Columbus County to give Group One a shake: ‘we have a real chance’

It’s no secret Caspar Fownes has always had plenty of time for Columbus County and the trainer is confident his five-year-old has a genuine chance of breaking through at the top level in Sunday’s Standard Chartered Champions & Chater Cup (2,400m).

Columbus County turned in arguably his best Hong Kong performance over the same distance in December’s Hong Kong Vase – finishing third behind Aidan O’Brien’s Mogul and Exultant – and Fownes will head to the race full of expectation.

“The horse has been prepared really well for this race – this is the race I think we have a real chance to win,” he said.

“Hopefully this will take him to that level where he is going to show us that he’s going to be one of the better stayers in Hong Kong for the coming seasons.”

With Purton continuing his association with Exultant, Joao Moreira jumps aboard after piloting Columbus County to his Vase placing and also winning aboard the son of Redwood in a Class Two at Happy Valley earlier this season.

“He gets on well with Joao and I’m very happy to have him on board for this race,” Fownes said. “We always respect Exultant because he’s been a superstar and he is a superstar and those sorts of horses, you never write them off even though he’s just a little bit off his game these days.

“He’s had a freshen-up in Conghua which could be just what he needed and he could bring back his best, but I still think we’re not far off him – like we were in December.”

Fownes saddles up eight runners at Sha Tin as he looks to continue his push for the trainers’ title, including Sky Field in the Group Three Sha Tin Vase (1,200m) four weeks after the speedster placed in the Group One Chairman’s Sprint Prize.

“He’ll produce a big run that’s for sure but he’s not weighted right in this race with 130 pounds,” Fownes said of Sky Field, who gives rising star Courier Wonder 12 pounds.

“Courier Wonder could be the next superstar of Hong Kong the way he’s racing, he could be anything. But Sky Field is very well, I’m sure he’ll run his race. He’s still improving and he’s still learning so it’s just part of that process.”

Fownes keeps Killer Bee at six furlongs for the Class Three River Verdon Handicap but admits it’s only a matter of time before the three-year-old steps out in trip after two wins from his first three starts.

“He’s going to get further, we know that. He’s drawn awkwardly in eight so we’ll just go back and ride him like he’s the best horse in the race and hopefully he’ll come and do his thing again. He’s in good form and there’s no reason he won’t,” Fownes said of a horse he’s likely to have Classic Series aspirations with next season.

“After this we’re going to go to 1,400m but we’re just building him slowly. They’ve got to get into the mid-80s [to get a run in the Classic Mile] so we’re trying to get as many points as we can on him in the next couple of runs and then we’ll see. Next season there’s no doubt he’s going to be quite a serious horse for the stable.”

Fownes takes a double-pronged attack into the Class Three Indigenous Handicap (1,400m), sending around Royal Bomb and Hall Of Champ, while he also saddles up Sunday Betting, The Hulk and Telecom Puma.

Denial of responsibility! NewsUpdate is an automatic aggregator around the global media. All the content are available free on Internet. We have just arranged it in one platform for educational purpose only. In each content, the hyperlink to the primary source is specified. All trademarks belong to their rightful owners, all materials to their authors. If you are the owner of the content and do not want us to publish your materials on our website, please contact us by email – [email protected]. The content will be deleted within 24 hours.
backsbest sports newsCaspar Fownes backs Columbus County to give Group One a shake: ‘we have a real chance to win’chanceColumbusCountyFownesgive