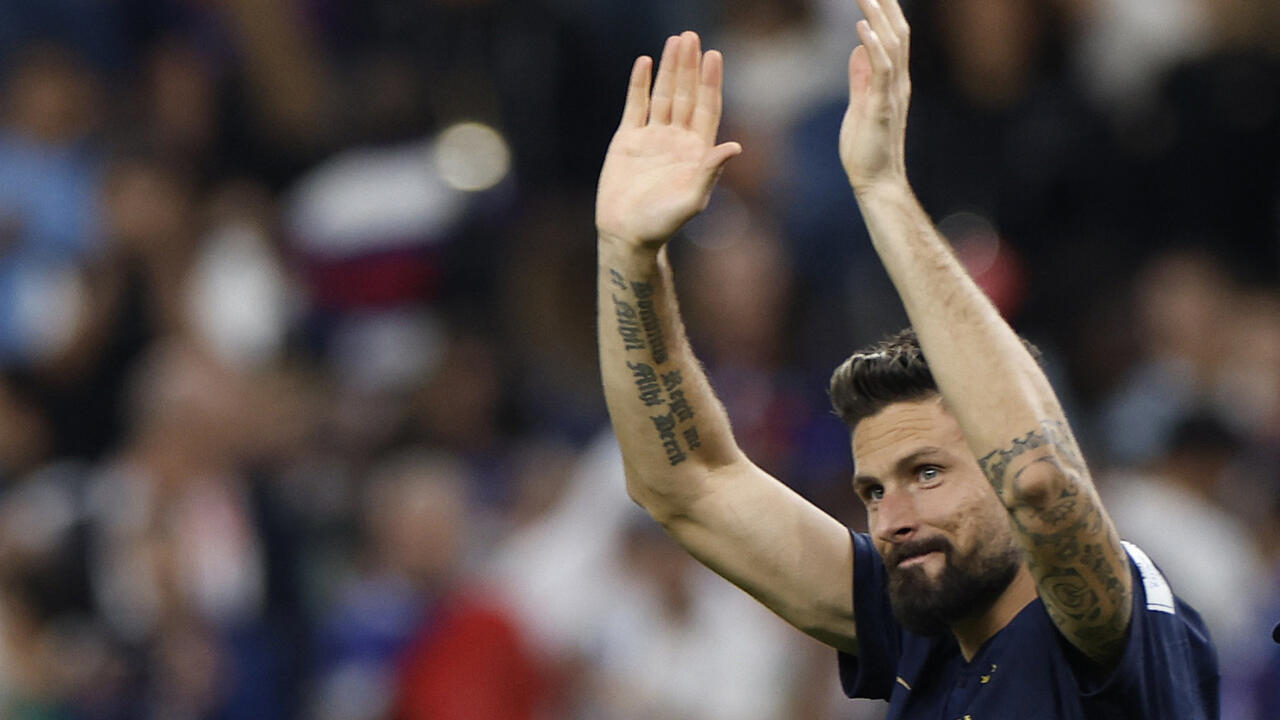 Olivier Giroud was unlikely to start until Karim Benzema was ruled out of the World Cup, but adversity has never fazed the man who on Tuesday equalled Thierry Henry’s all-time goalscoring record for his country.

The 36-year-old Giroud struck twice in France’s 4-1 victory over Australia, becoming the oldest player to score for Les Bleus at the World Cup in a strong start to their title defence.

France fell behind early to opponents whom they also started their victorious 2018 campaign against but there was no looking back once Giroud tapped in Adrien Rabiot’s pass in the first half.

Kylian Mbappe, who one day will surely become France’s greatest ever goalscorer, provided the cross for Giroud to head in for 4-1 and match Henry with his 51st international goal.

“It’s not something that was weighing on him. I don’t know if he was searching for the record. It’s above all about what he does on the pitch… he is an important asset for us,” said coach Didier Deschamps.

“He’s very useful in the way he links up with all the other players in the attack and the team.”

The target man for France in 2018, Giroud failed to score a single goal as they won the World Cup in Russia and risked missing out altogether here having not been a regular in recent squads.

But his form at AC Milan this season convinced Deschamps to include him, even if he was expected to feature mainly from the bench.

That all changed over the course of one fateful training as Benzema, already struggling for fitness, was forced to withdraw with a left thigh injury he picked up on Saturday.

Giroud was thrust into the line-up to support Mbappe, who has said he enjoys more “freedom” playing for France than Paris Saint-Germain — in part because of Giroud’s presence.

A late bloomer who didn’t made his top-flight debut until 23 with Montpellier, Giroud’s tale is one of resilience and unyielding faith as a player who never gave up on his dreams.

“I have always been shaped by adversity, it’s kind of the story of my career,” he told beIN Sports in 2020.

“There are time where I would have preferred it to be easier but you have to believe that difficulty makes me progress.”

Once derisively likened to a go-kart by Benzema, who compared himself to a Formula One car, Giroud looks set to have another key role to play as France try to become the first team to retain the World Cup trophy since Brazil in 1962.

“I’m very happy for him because he’s a great guy. I hope he’s going to carry on like that and beat other records,” said defender Benjamin Pavard.

Denial of responsibility! NewsUpdate is an automatic aggregator around the global media. All the content are available free on Internet. We have just arranged it in one platform for educational purpose only. In each content, the hyperlink to the primary source is specified. All trademarks belong to their rightful owners, all materials to their authors. If you are the owner of the content and do not want us to publish your materials on our website, please contact us by email – [email protected]. The content will be deleted within 24 hours.
AbsenceaustraliaBenzemasbest sports newsDidier Deschampsfifa world cup 2022FootballFrance

WhatsApp could soon let you make calls on your desktop | Digit

WPL Auction: Top 5 uncapped players to watch out for