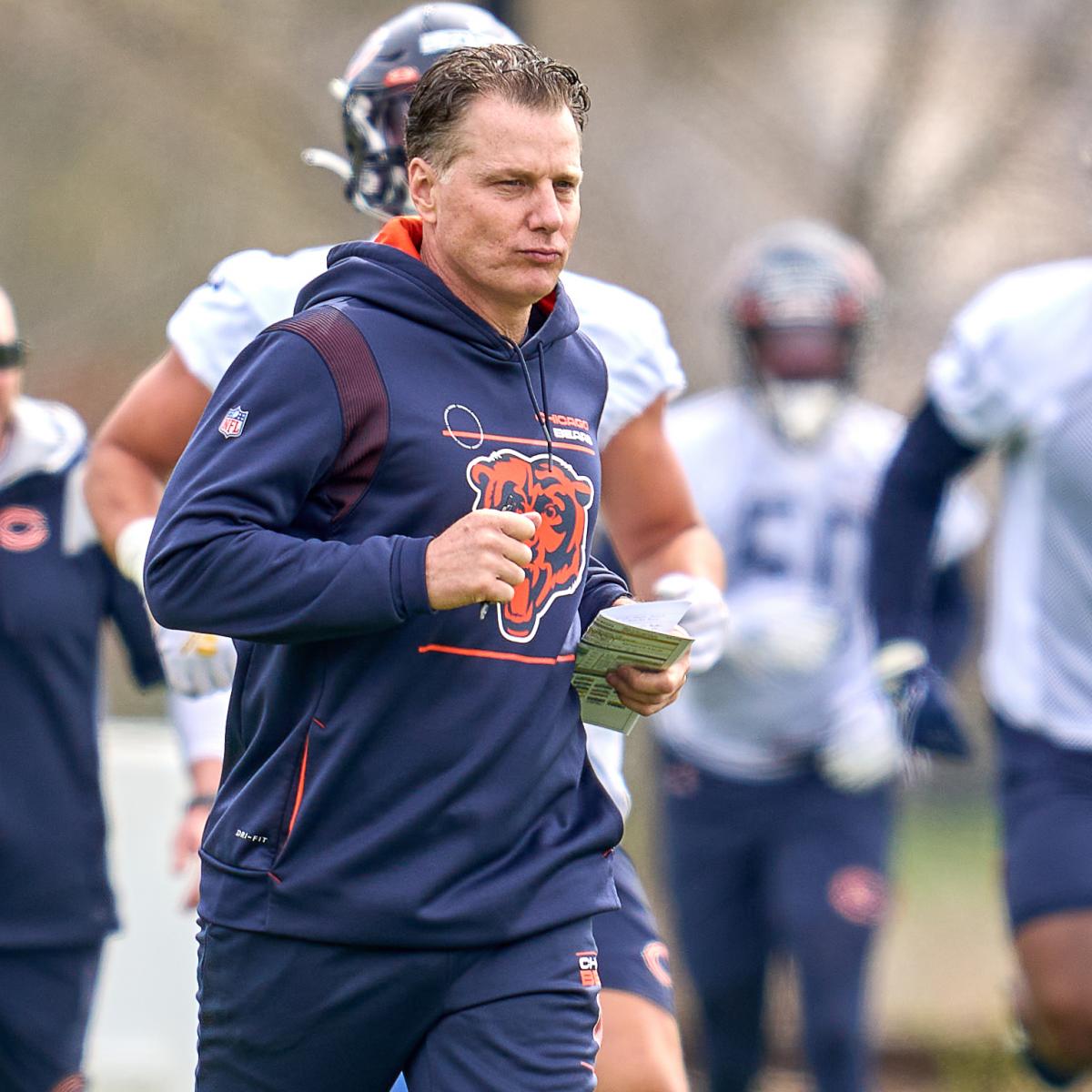 The Chicago Bears were busy in the 2022 NFL draft despite not having a first-round pick. They selected 11 players over the final two days of the event, reloading their roster at some important positions.

Are the Bears now ready to contend in their first season under head coach Matt Eberflus and general manager Ryan Poles? That may not be the case, as Chicago’s roster still has some holes it will likely need to address before becoming a playoff threat.

However, the Bears appear to have improved over the past few months. And the offseason isn’t over yet, as it’s possible Chicago will make more signings in the near future to further strengthen its roster for 2022.

Here’s a look at several free agents the Bears may still want to consider signing this offseason.

The Bears took two offensive tackles in the draft, but neither was selected prior to the fifth round. So it’s unlikely that either Southern Utah’s Braxton Jones or San Diego State’s Zachary Thomas will fill a starting role during the 2022 season.

That means Chicago may still have one or two open starting spots on its offensive line. It still may need to sign a proven lineman who can plug a hole for the short term and ensure quarterback Justin Fields will get the protection he needs to develop during his sophomore campaign.

Eric Fisher could be a great fit for the Bears, as the nine-year NFL veteran has been a reliable player throughout his career. He has played at least 15 games in seven of the past eight seasons, including his lone year with the Indianapolis Colts in 2021.

A two-time Pro Bowler, Fisher is only 31. He already knows Eberflus, who served as the Colts’ defensive coordinator last season, so it could make sense for the two to reunite in Chicago, especially because Fisher could likely help the Bears’ O-line perform much better in the upcoming season.

With Roquan Smith and Nicholas Morrow, the Bears have a pair of strong starting linebackers in the middle of their defense. But they’re lacking depth at the position, especially after they didn’t take any linebackers during the draft.

Chicago likely isn’t going to want to spend big to improve its LB depth, but there are some solid free agents still available who could come at a low cost. Among them is Kenny Young, who has already bounced around to three teams during his four-year NFL career.

Young put up decent numbers in 2021 when he compiled 75 tackles, two sacks and two forced fumbles in 13 games (seven with the Los Angeles Rams and six with the Denver Broncos). And he’s only 27, so he may not have reached his full potential quite yet.

There’s a good chance the Bears could sign Young at a lower cost, and they’d be improving their depth at an important position.

Even though Chicago selected Tennessee wide receiver Velus Jones Jr. in the third round of the draft, its offense is still lacking playmakers in the receiving corps. Darnell Mooney will be the No. 1 option and Jones could emerge as a key contributor, but the Bears don’t have many proven offensive weapons.

That’s why it could be a good idea for Chicago to sign a high-potential wide receiver who may not command the largest salary. Will Fuller V could fit that bill as he looks to bounce back from a tough 2021.

In his first season with the Miami Dolphins, Fuller played only two games because of a finger injury that eventually required surgery. He had four catches for 26 yards, which is much less production than he had in 2020, when he set career highs in catches (53), yards (879) and touchdowns (eight) over 11 games with the Houston Texans.

If Fuller can stay healthy and get back on track, he could again be a big-time playmaker. The Bears may want to take a chance on him at a low cost (if possible) so that Fields may have some better options to throw to in 2022.

Denial of responsibility! NewsUpdate is an automatic aggregator around the global media. All the content are available free on Internet. We have just arranged it in one platform for educational purpose only. In each content, the hyperlink to the primary source is specified. All trademarks belong to their rightful owners, all materials to their authors. If you are the owner of the content and do not want us to publish your materials on our website, please contact us by email – [email protected]. The content will be deleted within 24 hours.
AgentsBearsbest sports newsDraftfreenews update sportsnewsupdateNFL

Protect your smartphone with this awesome deal on Otterbox cases

How To Set Up Linux On Your Chromebook

Daily Quordle 116 hints for May 20: Spoiler-free clues to…