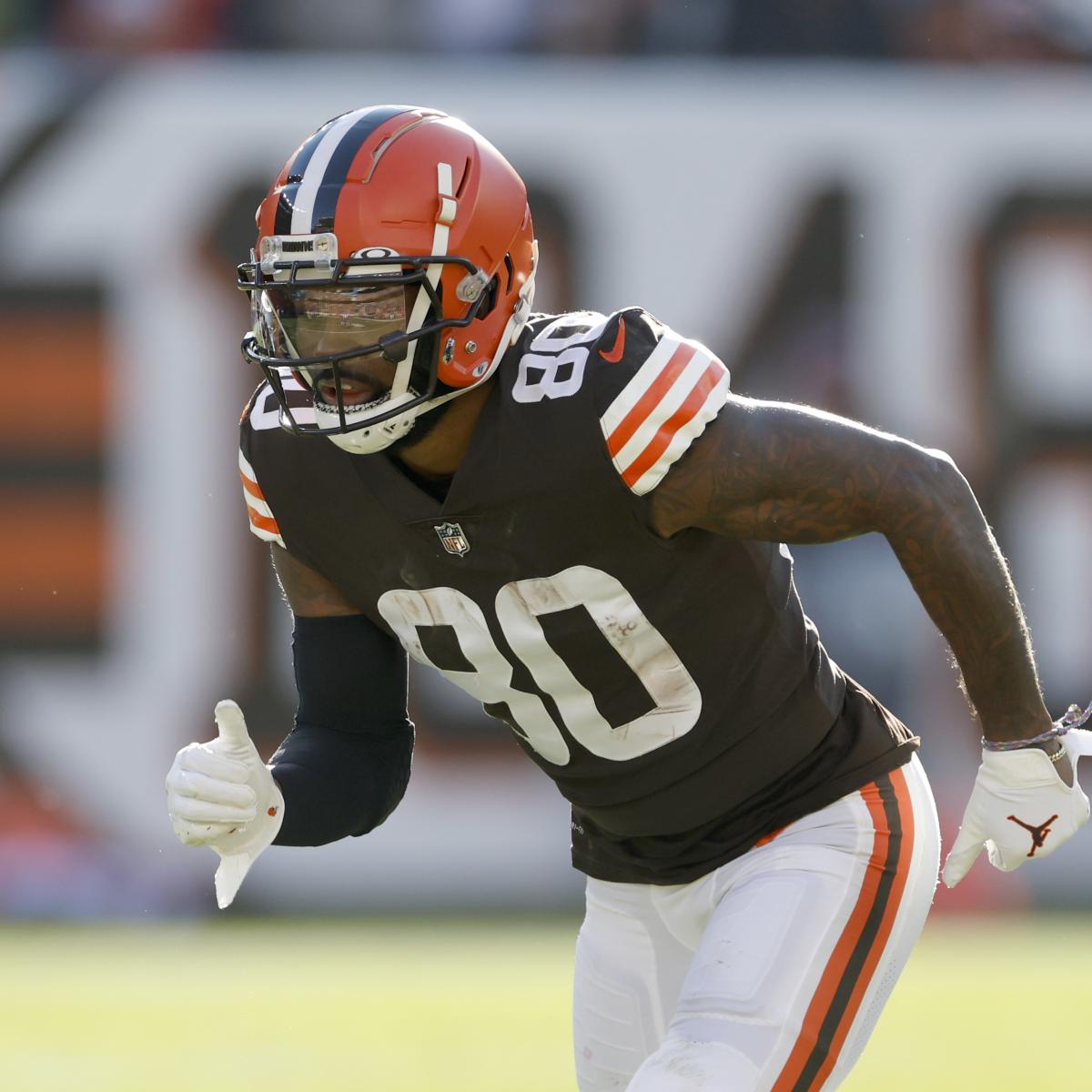 The Green Bay Packers have had a busy offseason as they gear up for another run as a Super Bowl contender in 2022.

Considering they entered the offseason unsure if Aaron Rodgers would be coming back to play in the Green and Gold, it’s been a successful transition year. Davante Adams is the biggest departure, but the Packers have done well to build a team that still looks like it will be a major factor in the NFC.

A good GM looks for ways to continually build the roster. With the NFL draft now behind us, that endeavor now turns to the free-agent market where there are still plenty of viable players who are looking for a contract.

Considering the areas where the Packers could use some reinforcements and what talent is still out there, these three players would make sense to pursue.

Joe Barry showed a knack last year for taking free agents who were afterthoughts and getting the most out of them. Both Rasul Douglas and De’Vondre Campbell had huge seasons after signing a one-year cost-effective deal.

Trey Flowers would be a good candidate to join that group.

Flowers remains on the market after he was released by the Detroit Lions in March. His time with the Lions was a disappointment. Over the last two seasons, he has only played in 14 games and registered just 3.5 sacks.

From 2016-2019, though, he proved to be a useful edge defender. He had between 6.5 to 7.5 sacks in four consecutive seasons with the versatility to play outside linebacker or line up as a defensive end.

The Packers are set with Rashan Gary and Preston Smith as the starters on the edge. But replacing Za’Darius Smith with Kingsley Enagbare is putting a lot of faith in a rookie.

It wouldn’t hurt for the Packers to add a veteran edge rusher as insurance if Enagbare doesn’t progress as quickly as hoped. Flowers would be a great reclamation project for this coaching staff.

There are plenty of teams who backed up the Brinks truck to get better at the receiver position. Headlined by the four-year, $72 million deal the Jaguars gave Christian Kirk, the receiver market was a hot-button issue this spring.

The Packers didn’t get involved in that game. instead, they traded away Davante Adams and watched him sign a megadeal of his own worth $140 million over five years.

Green Bay didn’t get in the first-round receiver game, either, opting to trade up in the second round and draft Christian Watson.

Depending on the North Dakota State product to just jump right in is a scary proposition, though. The Packers would be wise to look to sign one of the many veteran receivers still on the market.

Jarvis Landry is one of the better options. At 29 years old, he won’t even turn 30 until November. Landry’s production never quite lived up to his contract in Cleveland, but he did provide veteran leadership and a stable presence.

Even in a turbulent quarterback situation last season, Landry only had two drops on 87 targets. His consistency and willingness to block would make him a favorite of Aaron Rodgers and head coach Matt LaFleur.

The Packers starting lineup is just about set everywhere. The team is in a position to start thinking about worst-case scenarios.

One of the situations the Packers aren’t suited to handle is an injury to either Darnell Savage or Adrian Amos. Both are strong starting options in the secondary, but the backups are largely unproven.

Vernon Scott, Shawn Davis and Innis Gaines would be the next options. The trio combined for zero defensive snaps last season.

That leaves a third safety as one of the bigger needs the Packers still have. There aren’t a ton of great options still available but Jaquiski Tartt qualifies.

The Niners have yet to bring back the 30-year-old. He made 14 starts for them last season collecting 66 tackles and a completion percentage allowed of 57.6 percent, per Pro Football Reference.

He’s good enough to be on the field in sub-packages and could fill in for either safety in case of injury.

Denial of responsibility! NewsUpdate is an automatic aggregator around the global media. All the content are available free on Internet. We have just arranged it in one platform for educational purpose only. In each content, the hyperlink to the primary source is specified. All trademarks belong to their rightful owners, all materials to their authors. If you are the owner of the content and do not want us to publish your materials on our website, please contact us by email – [email protected]. The content will be deleted within 24 hours.
Agentsbest sports newsDraftfreenews update sportsnewsupdateNFLPackers

Nintendo is “concerned” about moving on from the Nintendo Switch