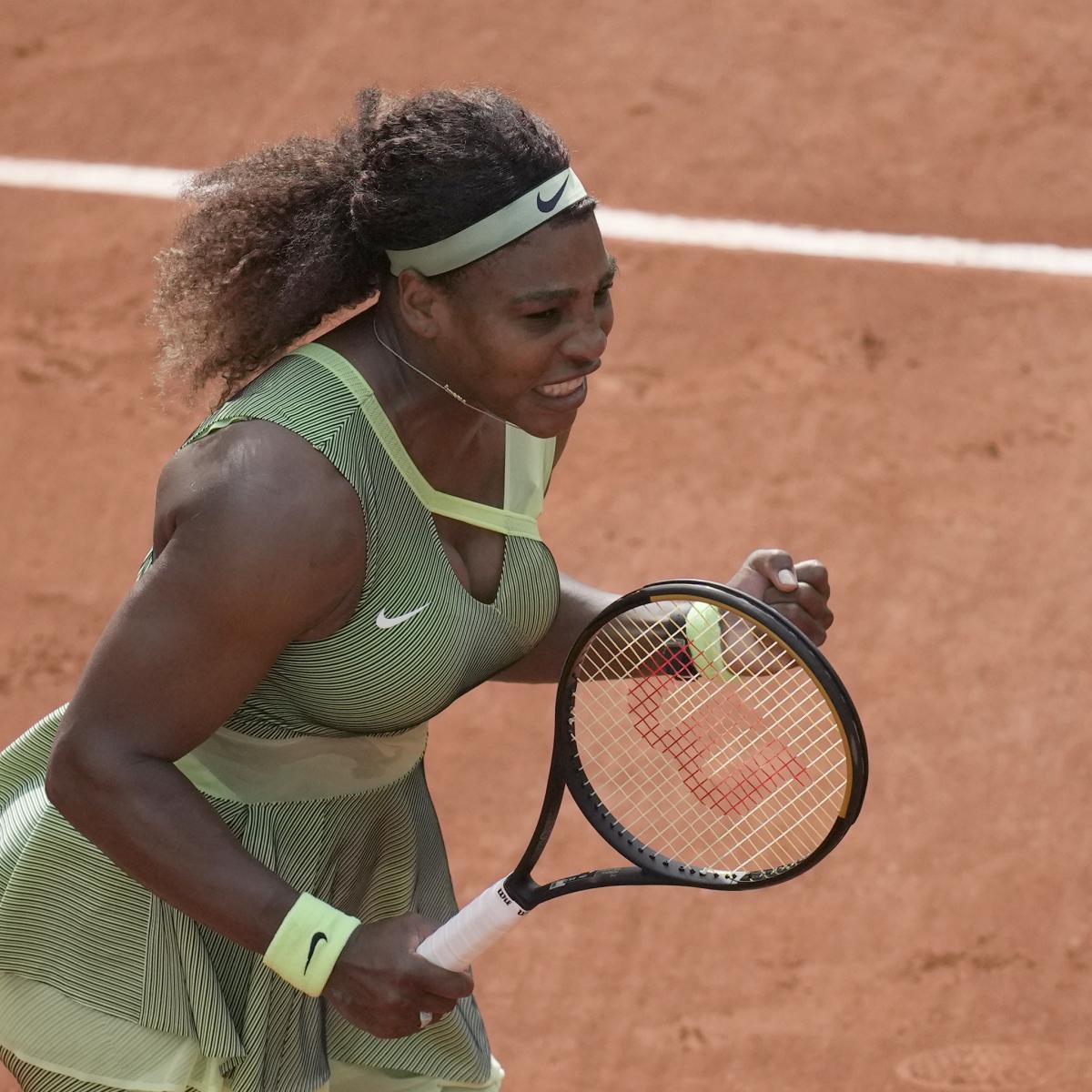 The women’s singles draw is open for Serena Williams to advance to the 2021 French Open final.

Williams took down fellow American Danielle Collins in straight sets on Friday to become the highest seeded woman in her side of the draw to qualify for the fourth round.

No. 3 seed Aryna Sabalenka crashed out in a three-set loss in which she failed to capture a single game in the third set.

Five seeded women are still alive in the bottom half of the draw, including Williams’ fourth-round opponent Elena Rybakina, but the path to the final is much easier than it looked at the start of the tournament on Sunday.

Sabalenka, Bianca Andreescu and Belinda Bencic were all upset, while Naomi Osaka and Petra Kvitova both withdrew from the competition to open up that portion of the draw.

Over on the men’s side, Daniil Medvedev and Stefanos Tsitsipas are one win away from a quarterfinal showdown.

Medvedev, Tsitsipas and Alexander Zverev all won on Friday to keep five of the sixth highest-seeded men in the tournament.

Tsitispas faced the most difficulty of the three single-digit seeds left in the bottom half.

The fifth-seeded Greek was broken once in the first set by American John Isner, who is known for keeping steady on his own serve.

It took Tsitsipas until the fourth set to break down every aspect of Isner’s serve, as he closed out the victory with a 6-1 set win.

Tsitsipas won 92 percent of his first-serve points in the fourth set and won nine of the 16 receiving points off Isner’s serve to eliminate the American.

Isner was one of four American men knocked out of the tournament on Friday. All of them lost to seeded opposition.

While the Americans could not pull off an upset, Alejandro Davidovich Fokina did. The Spaniard won a five-set battle with No. 15 Casper Ruud.

Davidovich Fokina’s victory was impressive to say the least, as he rallied from a fourth-set shutout to take the final set 7-5.

The Spaniard has a chance to square off with Zverev in the final eight. He will face Federico Delbonis in the only unseeded round of 16 showdown.

Delbonis dispensed of Fabio Fognini with ease in straight sets. Fognini was one of five Italians to advance to the third round. The other four take the court on Saturday.

Williams avoided a third set against Collins by storming back from a 1-4 deficit in the second set.

The No. 7 seed broke Collins on two occasions and finished out the contest with four consecutive points won on her serve.

Williams held an advantage in every stat category, including winners, break points won and first-serve percentage.

Williams’ path to the final looks clearer because of Sabalenka’s shocking crash out in the third round. The No. 3 seed won the second set with ease against Anastasia Pavlyuchenkova, but then she fell apart in the final set.

Sabalenka committed  17 unforced errors and four double faults in the disastrous final set that put Pavlyucheknova into a fourth-round match with Victoria Azarenka.

Azarenka is likely the toughest foe left for Williams to face in the bottom half of the draw. The No. 15 seed cruised to a straight-set win over Madison Keys.

After Williams and Azarenka, no other top 15 seeds made it to the fourth round in their half of the draw.

The run up to the final is much more difficult in the top half with 11 seeded players scheduled for third-round matches on Saturday.

Denial of responsibility! NewsUpdate is an automatic aggregator around the global media. All the content are available free on Internet. We have just arranged it in one platform for educational purpose only. In each content, the hyperlink to the primary source is specified. All trademarks belong to their rightful owners, all materials to their authors. If you are the owner of the content and do not want us to publish your materials on our website, please contact us by email – [email protected]. The content will be deleted within 24 hours.
best sports newsbracketFrenchFridaysnews update sportsnewsupdateOpenresults

Where to buy PS4