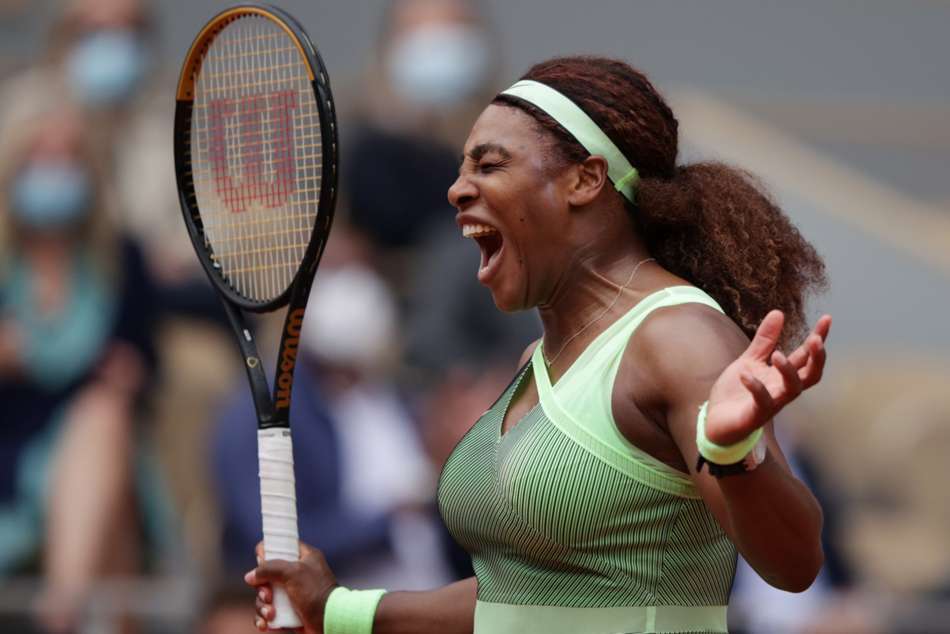 French Open: Williams taking nothing for granted as Sabalenka stunned in Paris

The three-time champion at Roland Garros made it through to the last 16 thanks to a 6-4 6-4 win over Danielle Collins.

However, the American – who has been stuck one slam behind Margaret Court’s career tally ever since winning the 2017 Australian Open – had to work hard on Friday, including battling back from 4-1 down in the second set as she reeled off five games in a row to move on.

Williams is the only top-10 player left in her half of the draw following Aryna Sabalenka’s exit earlier in the day, yet knows there is a long way to go in her quest to reign once more in the Paris.

“There’s still a lot of matches, a lot of great players, as we can see,” Williams told the media.

“There’s so much depth in this game now, it doesn’t matter if you’re playing in the first round or not, you really have to fight for every match and nothing comes easy.”

After struggling for form coming into the tournament, Williams feels tough contests like the one she had against Collins can only be beneficial.

“I needed to find me, know who I am. Nobody else is Serena out here. It’s me. It’s pretty cool.”

Elena Rybakina – an impressive 6-1 6-4 winner against Elena Vesnina in little over an hour – is the next hurdle for Williams to clear.

With Ashleigh Barty forced to retire through injury and Naomi Osaka withdrawing from the event due to mental health concerns, Sabalenka was the highest seed left – well, she was until coming up against Anastasia Pavlyuchenkova.

Sabalenka rallied after losing the first set to draw level but then fell apart in the decider, serving four double faults and producing 17 unforced errors.

Pavlyuchenkova capitalised to complete a 6-4 2-6 6-0 triumph that avenges a loss to her opponent at the semi-final stage in Madrid during this year’s clay-court swing.

Next up for the 31st seed will be Victoria Azarenka, the former world number one who eased past Madison Keys 6-2 6-2.

“I felt I played very disciplined today. I played smart. I tried to be aggressive,” Azarenka said after winning in 70 minutes.

“My opponent, Madison, she really likes to dictate the points, so I tried to take that away from her, really step in, and make a lot of different balls so I’m pretty proud I was able to sustain my level.”

Sorana Cirstea explained how a change in approach has helped her roll back the years after overcoming Daria Kasatkina in straight sets.

The Romanian’s solitary quarter-final appearance at a slam came in the French capital 12 years ago but she has been in excellent form on clay this year, including claiming a title in Istanbul and a final appearance in Strasbourg.

“I’m taking it day by day, like I’m not going too far ahead with my mind,” Cirstea told the media. “I’m actually enjoying all this process. Definitely I’m enjoying [it] much more than I did 12 years ago, and I think this comes with maturity.”

While Cirstea has not made it this far in a grand slam for a long while, next opponent Tamara Zidansek is into the last 16 at a major for the first time.

Despite losing the first set in a hurry against Katerina Siniakova, the Slovenian rallied impressively to seal a 0-6 7-6 (7-5) 6-2 victory and continue an impressive run that was started by an upset over Bianca Andreescu.

Paula Badosa also needed three sets to overcome Romania’s Ana Bogdan, including saving a match point, and extend her winning streak to eight matches as she came out on top 2-6 7-6 (7-4) 6-4. Indeed, for the season she now boasts a 16-2 record on clay.

Denial of responsibility! NewsUpdate is an automatic aggregator around the global media. All the content are available free on Internet. We have just arranged it in one platform for educational purpose only. In each content, the hyperlink to the primary source is specified. All trademarks belong to their rightful owners, all materials to their authors. If you are the owner of the content and do not want us to publish your materials on our website, please contact us by email – [email protected]. The content will be deleted within 24 hours.
Loading...
best sports newsFrenchgrantednews update sportsnewsupdateOpenParisSabalenka