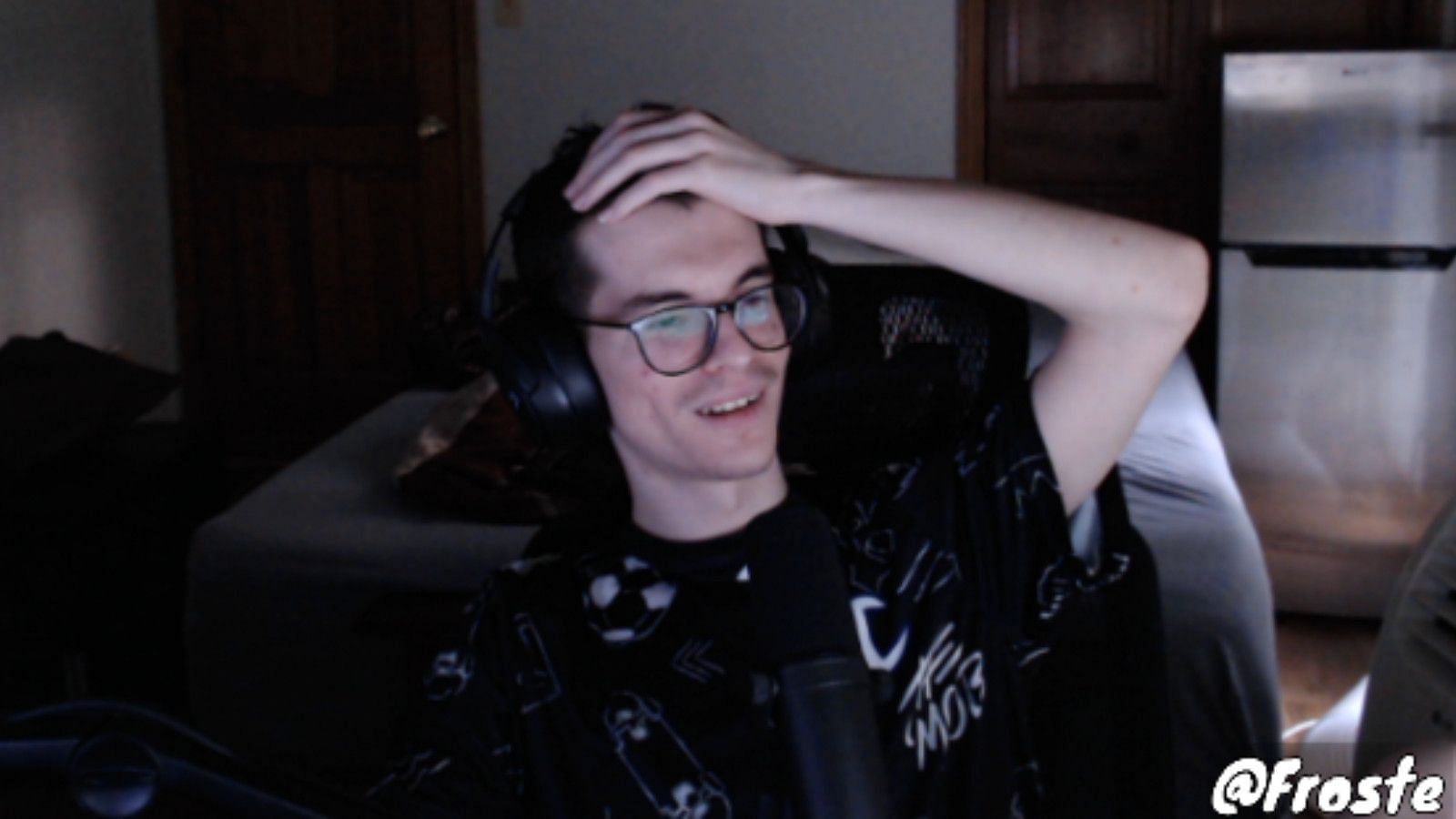 Froste was recently banned from Twitch for a period of 7 days on December 27th. The move was taken after the streamer was caught using the word “cracker” that Twitch considers to be a racial slur.

Froste is the second notable streamer, after Hasan “HasanAbi” Piker, who was suspended after using the term multiple times on social media. Froste promised a hilarious stream related to “crackers” on his Twitch return.

My return to Twitch will be today at 4pm CST! (3 hours from now)

Starting off the new year right with a Cracker tier list!

My return to Twitch will be today at 4pm CST! (3 hours from now)Starting off the new year right with a Cracker tier list! https://t.co/drisms0kyD

The streamer was suspended on December 27, 2021 for calling fellow streamer Flyroh a “cracker.” The two were in the middle of a heated debate about whether the term should be considered offensive. Froste obviously thinks that the use of “cracker” should not lead to action against the content creators.

After being banned, Froste questioned the move and joked that he had simply uttered the word in reference to it also being a food item. The streamer also claimed that he will use the 7-day suspension to plan out a stream-schedule:

“I’m going to use the next seven days to revamp my entire stream and plan out a stream schedule!”

With his suspension having come to an end on January 3rd, 2022, the streamer posted the above tweet earlier today. Froste announced the return stream and claimed that he will start off with a “cracker tier list.” The streamer is expected to rank his favorite brands of crackers before continuing with the live stream.

The streamer promised to hold the return live stream at 4 PM CST. He was less than an hour away from beginning his return stream at the time of writing this article. The streamer has 104k followers on Twitch currently and regularly plays games such as Fortnite, Minecraft and Valorant.

Denial of responsibility! NewsUpdate is an automatic aggregator around the global media. All the content are available free on Internet. We have just arranged it in one platform for educational purpose only. In each content, the hyperlink to the primary source is specified. All trademarks belong to their rightful owners, all materials to their authors. If you are the owner of the content and do not want us to publish your materials on our website, please contact us by email – [email protected]. The content will be deleted within 24 hours.
banbest sports newscrackerEsports & GamingEsports SocialsfeatureFrostehost

How the brain’s blue spot helps us focus our attention: The neurotransmitter noradrenaline regulates our brain’s sensitivity to relevant information