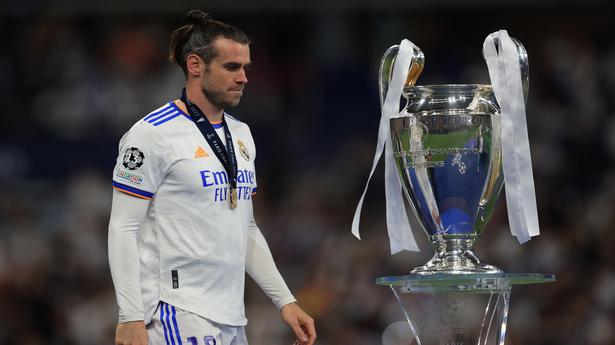 Welsh football star Gareth Bale brought down the curtain on his storied nine-year Real Madrid stint, announcing that he was leaving the La Liga club this summer at the end of his contract

Welsh football star Gareth Bale brought down the curtain on his storied nine-year Real Madrid stint, announcing that he was leaving the La Liga club this summer at the end of his contract

Gareth Bale said on Wednesday that his time at Real Madrid was an “incredible experience” as he confirmed his departure from the La Liga club after a nine-year spell in the Spanish capital.

The 32-year-old, who signed for Real from Tottenham Hotspur in 2013, was out of contract this summer.

“I write this message to say thank you to all my team mates, past and present, my managers, the backroom staff and to the fans that supported me,” Bale, who scored 106 goals in 258 appearances for Real, said in a social media post.

“I arrived here nine years ago as a young man who wanted to realise my dream of playing for Real Madrid. To wear the pristine white kit… to play at the Santiago Bernabeu, to win titles and to be part of what it’s so famous for, to win the Champions League.”

The Welshman will be best remembered for scoring twice, including a stunning overhead kick, in the 2018 Champions League final against Liverpool and also netting a superb winner against Barcelona in the 2014 Copa del Rey final.

It has been an honour. Thank you! #HALAMADRID@RealMadridpic.twitter.com/T7FL2LNRrD

Despite his fine collection of titles — three LaLiga triumphs and five Champions League crowns — Bale’s time at Real was marred by injuries.

He was also often a target of the Spanish media, who labelled him a “parasite” after missing Real’s 4-0 home loss to Barcelona in March, and he was jeered by some fans during a league game in April.

“To be a part of this club’s history and to achieve what we achieved while I was a Real Madrid player, has been an incredible experience and one I will never forget,” Bale added.

Denial of responsibility! NewsUpdate is an automatic aggregator around the global media. All the content are available free on Internet. We have just arranged it in one platform for educational purpose only. In each content, the hyperlink to the primary source is specified. All trademarks belong to their rightful owners, all materials to their authors. If you are the owner of the content and do not want us to publish your materials on our website, please contact us by email – [email protected]. The content will be deleted within 24 hours.
Balebest sports newsCallscareerchampions leagueconfirmsexitfootball news

Netflix’s crackdown on password-sharing in Latin American countries is proving to be a disaster.- Technology News, Firstpost

‘eFootball 2022’ announces planned updates for this year and next