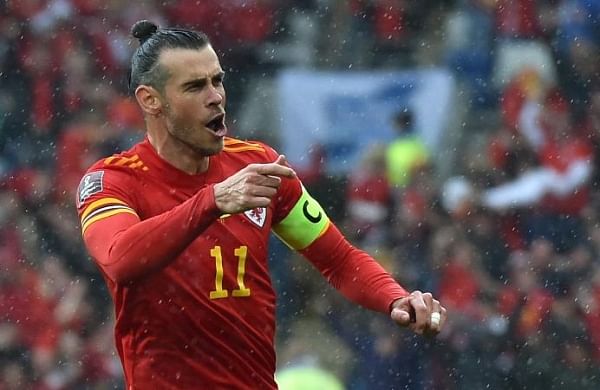 Bale confirmed his plans to join LAFC in a post on Twitter following widespread reports earlier Saturday about the move.

Earlier the Los Angeles Times said Bale will be eligible to play for LAFC from July 1.

ESPN reported that Bale will fly to Los Angeles at the end of next week to sign a deal which runs to the end of this season, with an option for an additional year.

Bale was once the world’s most expensive player and has spent the last eight seasons with Real Madrid, winning three domestic championships and five Champions League titles.

The Welshman has scored 139 league goals in his club career with 39 goals in 106 internationals for Wales.

Bale played a pivotal role in helping Wales qualify for this year’s World Cup, where they will face the United States, England and Iran in the group stage in Qatar.

It marks the first time Wales have qualified for the tournament since the 1958 finals.

Bale’s signing comes as LAFC bid to build on a strong start to the MLS season.

The California club lead the Western Conference standings with 30 points from 15 games.

Bale will be the second high-profile international signing the club has made in recent weeks. Former Juventus and Italy international Giorgio Chiellini joined the club earlier this month.

News of Bale’s decision to head to Major League Soccer comes just days after reports in Britain indicated he was in talks with Cardiff over a possible move.

His former club Tottenham and Newcastle were also mooted as possible destinations.

Denial of responsibility! NewsUpdate is an automatic aggregator around the global media. All the content are available free on Internet. We have just arranged it in one platform for educational purpose only. In each content, the hyperlink to the primary source is specified. All trademarks belong to their rightful owners, all materials to their authors. If you are the owner of the content and do not want us to publish your materials on our website, please contact us by email – [email protected]. The content will be deleted within 24 hours.
Balebest sports newsconfirmsexitGarethGareth BaleLeagueLos Angeles FC