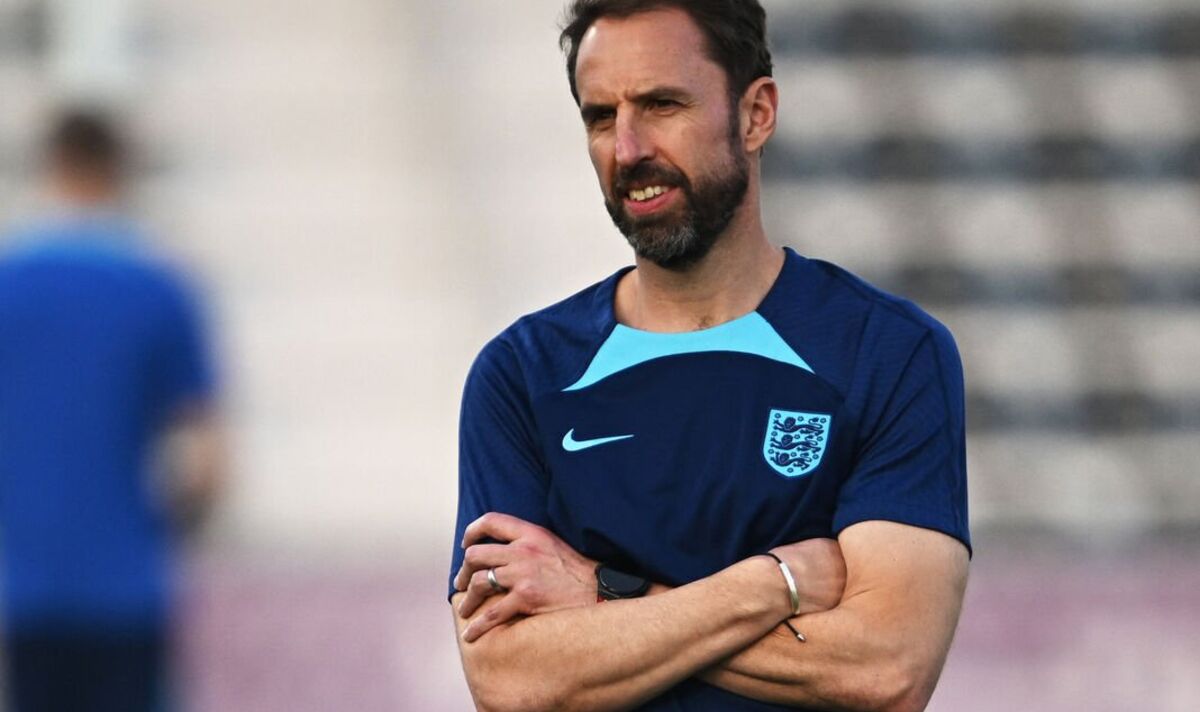 Gareth Southgate insists he wants England to ‘be like Germany’

Today they are England. Today they are the Three Lions. Today they are looking to “bring it home” for the first time in 56 years. Such has been the noise and negativity around this World Cup – culminating in FIFA President Gianni Infantino’s bizarre speech on Saturday – that Gareth Southgate feels it is important to remind his players why exactly they are here.

“There is a lot of negativity around the tournament and I want them to understand the unique honour of representing England at a major tournament,” he said. “This is what they have wanted to do their whole lives. We have tried to talk about those things, make it special.

“We talk about things. We remind ourselves of the privilege of being here and the uniqueness of it. Only sixteen England teams have ever been to a World Cup. A lot of the staff and players are at their second. Raheem is at his third. You have to remind yourself of this moment in time.”

Many who will tune into Monday’s opener against Iran will feel this is the start of England’s moment in time. Semi-finals four years ago, the Euro 2020 final the summer before last – the next logical step is to win the trophy itself here in Qatar.

Southgate, though, has been putting England’s limited recent success into a wider context to see just how high the bar needs to be set. Just as he has needed to lift a few heads after six matches without a win, so he has to put some perspective on their recent major tournament successes.

“We don’t lose a home game 4-0 and expect to walk off without criticism of the result and the performance,” he said. “That’s my responsibility, I have to do that. But it is also my responsibility to remind the players that actually there is a lot they’ve done well and coming into this tournament, they shouldn’t be focusing on the recent past.

“It is hard to talk about form because you are always six weeks, two months between games in international football so what actually is form? What there is, is pedigree. We want to be a Germany, who when I was looking at their Wikipedia page – World Cup: four golds, four silvers, four bronzes, European Championships three golds, three silvers, three bronzes.

“Yeah, our page didn’t quite look like that but we’d love it if it did in 40 years’ time and that should be our aim, to be consistently challenging.” That challenge starts now – all Southgate asks for is that the rose-tinted spectacles be removed from looking at previous tournaments so that the 2022 class can have a fair shot at it.

“It’s a balance. We’ve had some great squads of players and we’ve had squads of players with world-class talents in almost every position. So I think the strength of this group has been the team. I think I played in a team in 1996 … everybody will remember the Holland game but there was also a Switzerland game and a Spain game and half a Scotland game. So I think that’s always the way.

“I remember watching the re-run of 66, I think we were winning and the team passed backwards and the crowd were booing. It is what it is. At times we’ve played football that has matched any of those teams.

“We’ve just got to make sure we know what our intent is, what our mindset is. There is the excitement about a tournament and we want that intent and that mindset that we saw in the last half an hour at Wembley against Germany in October. That has to be the start point for us.”

Denial of responsibility! NewsUpdate is an automatic aggregator around the global media. All the content are available free on Internet. We have just arranged it in one platform for educational purpose only. In each content, the hyperlink to the primary source is specified. All trademarks belong to their rightful owners, all materials to their authors. If you are the owner of the content and do not want us to publish your materials on our website, please contact us by email – [email protected]. The content will be deleted within 24 hours.
best sports newsenglandGarethGermanyinsistsnews update sportsnewsupdateSouthgate