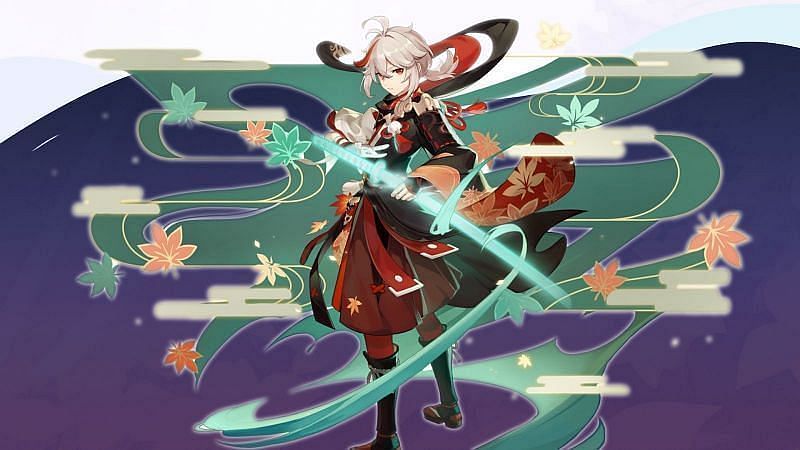 Genshin Impact players are plenty excited for the upcoming 1.6 update, and recent leaks have revealed some interesting quests and items ahead of the patch.

Leakers have described a few upcoming elements in version 1.6. Most notable is that Beidou and a character named Kazuha will likely appear in the main storyline of Genshin Impact.

Also read: Eula vs Kazuha: Which Genshin Impact characters should you summon?

Genshin Impact 1.6 leaks point to Kazuha and Beidou in the storyline, and a new mailbox furniture

According to leaks, Kazuha and Beidou will be important in the Genshin Impact story, at least on one notable occasion. No one knows how they’re related, but it seems like players will go on at least one other quest involving them.

Traveling to Inazuma with Beidou

A popular and trusted leaker, Genshin Report, seems confident that Beidou and Kazuha are integral to the storyline in Inazuma. Specifically, they claim Beidou will help the Traveler sneak into the closed nation of Inazuma.

As per this tweet, the Traveler will meet Kazuha along this journey. Kazuha will likely be a playable character, as Genshin Report has also indicated that he will arrive at the end of June.

Since Kazuha is expected to arrive at the start of 1.6, it’s worth speculating that this quest will become available early on as well. This quest does seem like the beginning of the Inazuma story, and it would seem unlikely that miHoYo adds any part of Inazuma in the patch without adding this quest as well.

Archon Quest with Beidou and Kazuha

Genshin Impact leaks point to more adventures involving Beidou and Kazuha. Allegedly, Beidou will host a fighting tournament with Kazuha as a participant.

This leak, also from Genshin Report, suggests that all this happens in an Archon Quest. How this event will play out is still very unclear, and all of it is subject to change until miHoYo confirms it.

The biggest installment in version 1.5 of Genshin Impact was the Realm system, and it seems that miHoYo will be adding a new furniture item to it in version 1.6.

There’s been word of the item, “A Messenger In The Summer Woods,” arriving in the upcoming patch. The item is designed to be a simple mailbox, and players will likely need four Birch Wood and four Pine Wood to craft it.

According to Project Celestia, the mailbox will be a three-star item. Like others, it will provide 60 Adeptal Energy and add 60 to the Traveler’s Trust Rank when first crafted.

Players have crafted furniture that allows them to forge and cook, and it seems that this item will allow players to open their mail.

Denial of responsibility! NewsUpdate is an automatic aggregator around the global media. All the content are available free on Internet. We have just arranged it in one platform for educational purpose only. In each content, the hyperlink to the primary source is specified. All trademarks belong to their rightful owners, all materials to their authors. If you are the owner of the content and do not want us to publish your materials on our website, please contact us by email – [email protected]. The content will be deleted within 24 hours.
Beidousbest sports newsdetailsEsports & GamingfurnitureGenshinGenshin Impactimpact

After Stumbling to Finish Line, Liverpool Struts Across It