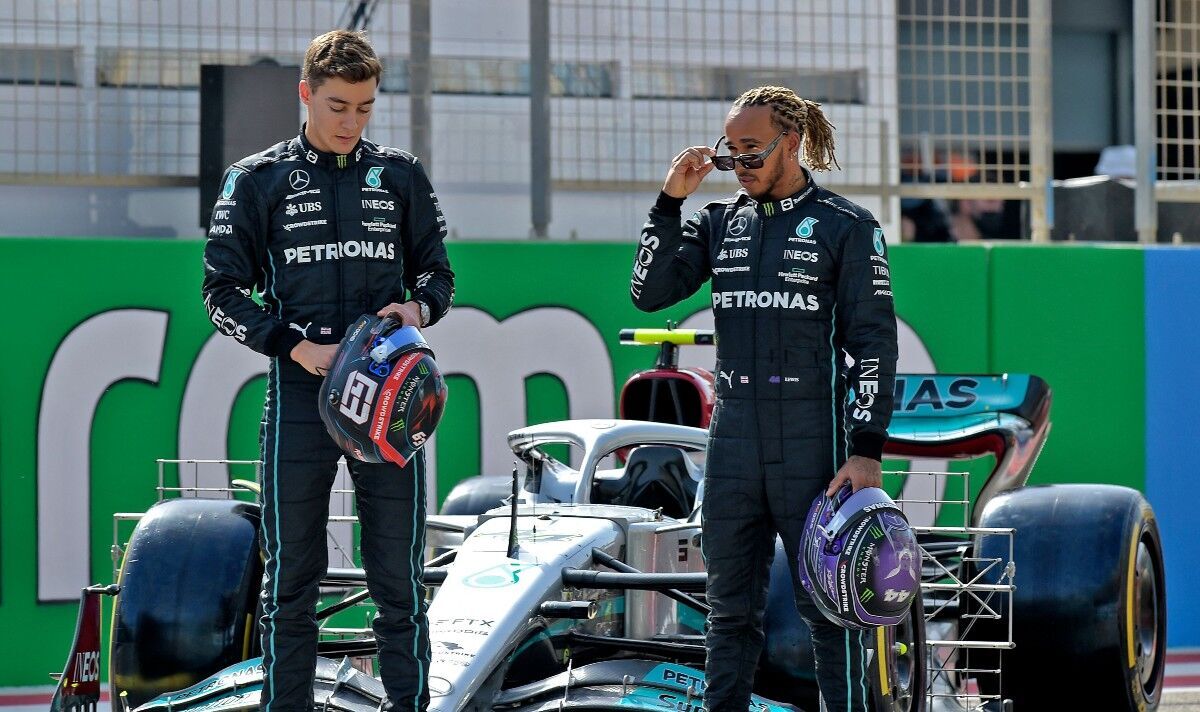 George Russell has ‘no doubt’ that Lewis Hamilton will begin challenging further up the grid after a difficult few weeks and he’s given an insight into how much work the seven-time world champion is putting in behind the scenes. It’s been a disastrous start to the new season by Mercedes’ usually high standards so far.

Having won eight consecutive Constructors’ Championships, they were expected to start the season once again as the team to beat. But major regulation changes and new car designs have seen the Silver Arrows fall down the pecking order.

Ferrari and Red Bull have so far set the standard, but Mercedes have been engulfed in a midfield battle with the likes of McLaren, Alfa Romeo and other teams so far. Still, Russell has managed to be consistent in the opening four races, finishing fourth, fifth, third and fourth respectively.

However, Hamilton has dipped way below his usual standards and could only manage 13th last time out in Imola. Mercedes’ woes have already raised questions on whether Hamilton is motivated to help turn things around at the reigning constructors’ champions.

JUST IN: Russell shares theory on why he is outshining Hamilton at Mercedes

Hamilton was quick to dispel any speculation of him ending his two-year contract early though after the Emilia Romagna Grand Prix. And Russell has given some information on just how hard Hamilton is working with the team back at their base in Brackley to help turn things around.

“Lewis has clearly got the pace,” Russell told Sky Sports F1. “He’s incredibly fast and he’s shown that so far this year, but it’s just been tricky for us as a team to get it done when the time is needed.

“When things have been more stable, Lewis has still been massively fast. I know there was a bit of a blip last weekend but I have no doubt he’s going to come back and the way he’s pushing the team and motivating the team is truly inspiring.

Denial of responsibility! NewsUpdate is an automatic aggregator around the global media. All the content are available free on Internet. We have just arranged it in one platform for educational purpose only. In each content, the hyperlink to the primary source is specified. All trademarks belong to their rightful owners, all materials to their authors. If you are the owner of the content and do not want us to publish your materials on our website, please contact us by email – [email protected]. The content will be deleted within 24 hours.
beliefbest sports newscloserGeorgeHamiltonLewisnews update sportsnewsupdate