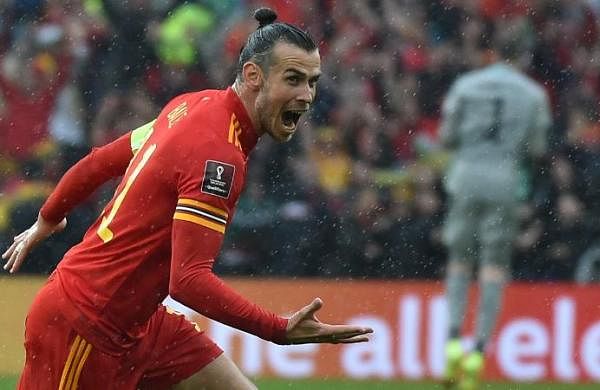 MADRID: The agent of Gareth Bale offered the Wales forward to play for Getafe next season, the Spanish club’s president said Wednesday.

Ángel Torres made the comments during the club’s launch of its new uniform. He did not elaborate on the offer or mention Bale’s agent by name.

When asked by a presenter about the rumors of Bale possibly playing for the club, Torres said: “People may think it’s a joke, but about 45, 50 minutes ago I spoke to his representative and they have offered him to us.”

Bale is leaving Real Madrid after nine years as his contract expires at the end of the month. He will become a free agent and Spanish media said the Wales player wants to keep leaving in Madrid, where Getafe is based.

“This is not an invention,” Torres said. “I had seen the news last night and I looked into the reasons why he would want to stay and come to Getafe. We have to study the possibility and talk to our coach, who is away now.

“He was offered and I listened to them and now we will discuss it with the sports director and the coach. Anything is possible,” he added.

Playing for Getafe could allow the 32-year-old Bale to stay in shape for the World Cup after he helped Wales qualify for the tournament with a 1-0 win over Ukraine.

Bale was long at odds with Madrid fans who felt he didn’t make the club a priority and instead focused on his national team. He helped Madrid win 19 trophies, including five Champions Leagues, three Spanish titles and four Club World Cups.

Getafe finished 15th in the Spanish league, one point from the relegation zone.

Denial of responsibility! NewsUpdate is an automatic aggregator around the global media. All the content are available free on Internet. We have just arranged it in one platform for educational purpose only. In each content, the hyperlink to the primary source is specified. All trademarks belong to their rightful owners, all materials to their authors. If you are the owner of the content and do not want us to publish your materials on our website, please contact us by email – [email protected]. The content will be deleted within 24 hours.
Balebest sports newsclubGarethGareth BaleGetafenews update sportsnewsupdate