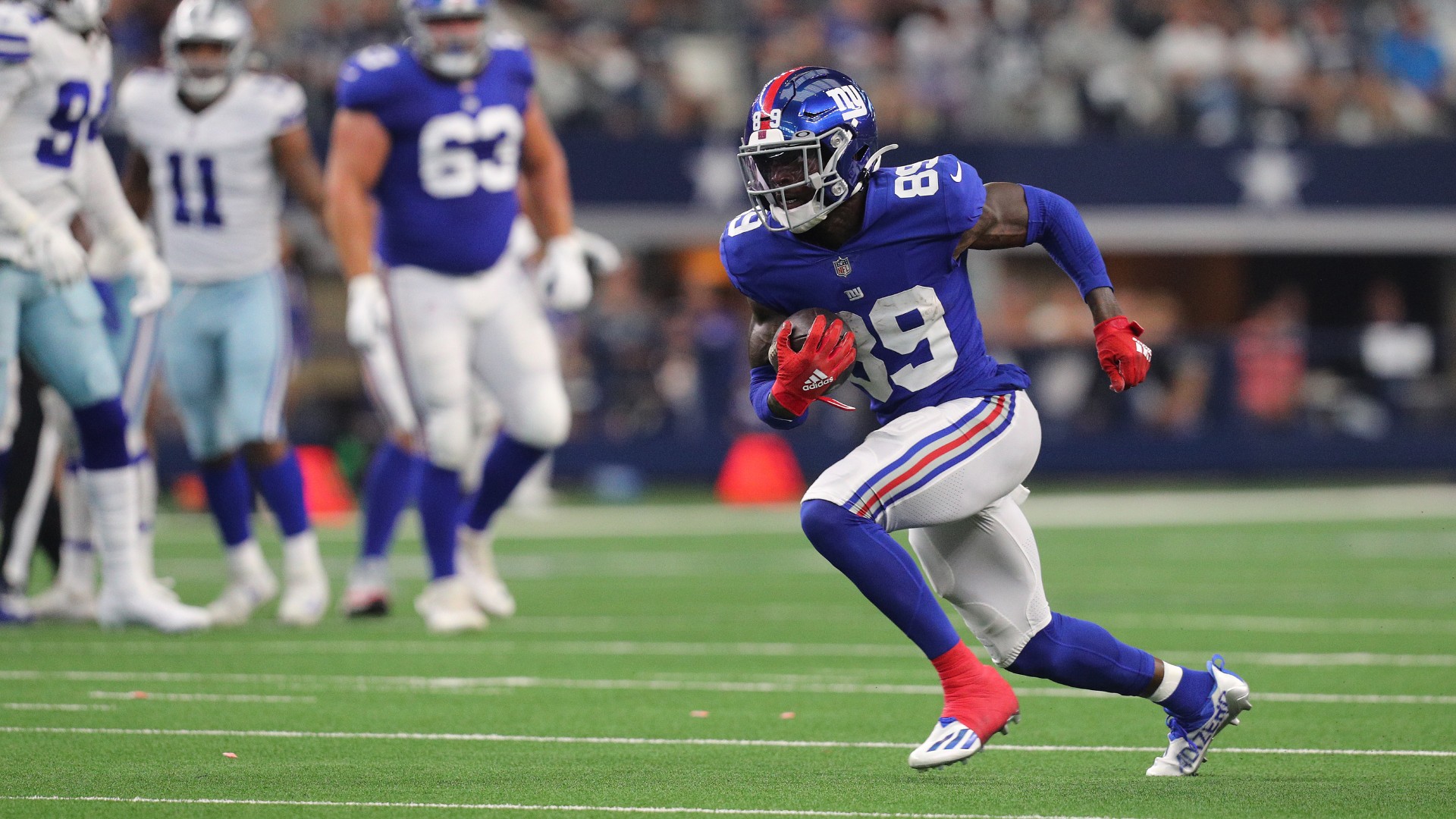 Kadarius Toney put forth the best effort of his Giants career in Week 5 on Sunday. His day ended on a sour note, however.

Toney got into a scrap late in the Giants’ 44-20 loss to the Cowboys. He threw a punch at Dallas safety Damontae Kazee after being sent to the turf following his 10th catch of the game. He was ejected.

Toney’s punch was more of an open-hand strike to the side of the helmet; nonetheless, referee John Hussey threw him out of the game, which had effectively been decided at that point. The Giants trailed 34-13 with 6:24 left in the fourth quarter when Toney was tossed.

Toney will likely face NFL discipline in the form of a fine. That will be the one pall hanging over an otherwise sterling effort.

Before his exit, Toney logged 10 catches for 189 yards. He entered Sunday with 10 catches for 94 yards in his first four games. The rookie was the favorite target of quarterbacks Daniel Jones and Mike Glennon.

MORE: Dan Campbell was a wreck after Lions’ loss to Vikings

But Toney was also reckless at times. He threw the punch, and earlier in the game he accidentally head-butted someone on the Giants’ sideline while receiving treatment for an apparent ankle injury.

Nobody was hurt after Toney’s jump up from the bench, but he may be told to tamp down his energy moving forward.

Denial of responsibility! NewsUpdate is an automatic aggregator around the global media. All the content are available free on Internet. We have just arranged it in one platform for educational purpose only. In each content, the hyperlink to the primary source is specified. All trademarks belong to their rightful owners, all materials to their authors. If you are the owner of the content and do not want us to publish your materials on our website, please contact us by email – [email protected]. The content will be deleted within 24 hours.
best sports newsCowboysejectedGiantsKadariuslateLossnews update sports