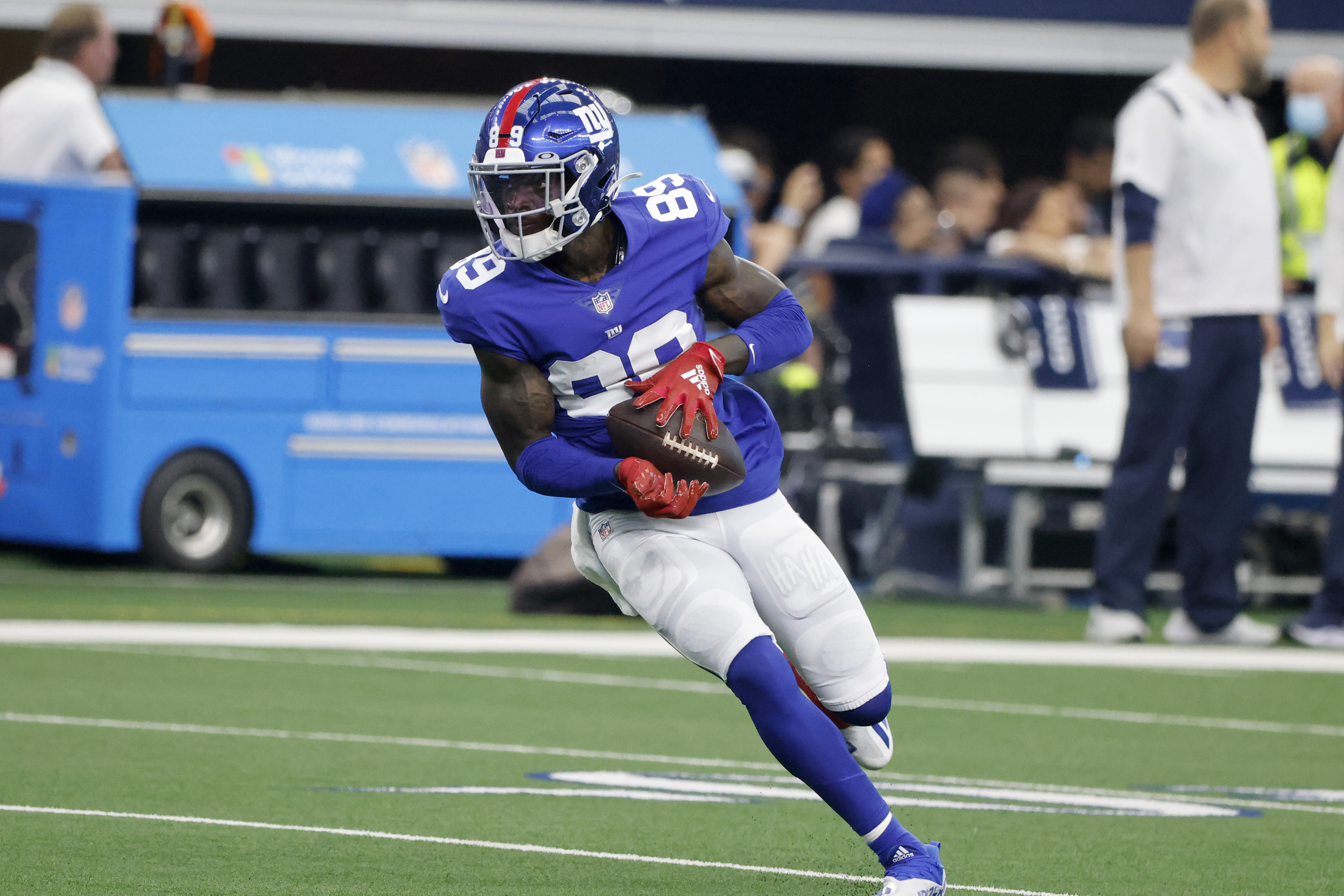 The New York Giants reportedly have no plans to bench rookie wide receiver Kadarius Toney after he was ejected from Week 5’s game against the Dallas Cowboys for throwing a punch.

According to ESPN’s Jordan Raanan, the situation was handled “in-house” and there will be no additional discipline in the form of lost playing time.

Toney, who was the No. 20 overall pick in the 2021 NFL draft, enjoyed a breakout game before his ejection, recording 10 receptions for 189 yards.

New York was without two of its top wideouts against Dallas in Sterling Shepard and Darius Slayton. No. 1 receiver Kenny Golladay left early with a knee injury as well.

The Giants also lost running back Saquon Barkley and quarterback Daniel Jones to injuries during the game, leaving Toney as one of the last skill-position players standing.

Jones has recovered from his concussion and will start Sunday against the Los Angeles Rams, but both Golladay and Barkley are out. Meanwhile, Shepard will be back in the lineup.

With Golladay missing Sunday’s game, Toney could be in for another huge performance, especially if he avoids coverage from Rams shutdown cornerback Jalen Ramsey.

Over the first three games of the season, Toney had just four receptions for 14 yards. The past two weeks have been a different story, though, as he emerged with six grabs for 78 yards in a Week 4 win over the New Orleans Saints.

Toney entered Week 6 questionable with an ankle problem, but he is active for the game and all signs point toward him making a big impact.

While the speedster has started only one of the team’s first five games, he may well get the start against L.A. with Golladay on the shelf.

There is a good chance that the 1-4 Giants will be playing from behind against the 4-1 Rams, meaning Toney should have every opportunity to turn in a productive outing.

Denial of responsibility! NewsUpdate is an automatic aggregator around the global media. All the content are available free on Internet. We have just arranged it in one platform for educational purpose only. In each content, the hyperlink to the primary source is specified. All trademarks belong to their rightful owners, all materials to their authors. If you are the owner of the content and do not want us to publish your materials on our website, please contact us by email – [email protected]. The content will be deleted within 24 hours.
benchedbest sports newsCowboysGameGiantsKadariusnews update sportsnewsupdate

Affilka by SOFTSWISS Launches an Affiliate Program With The…