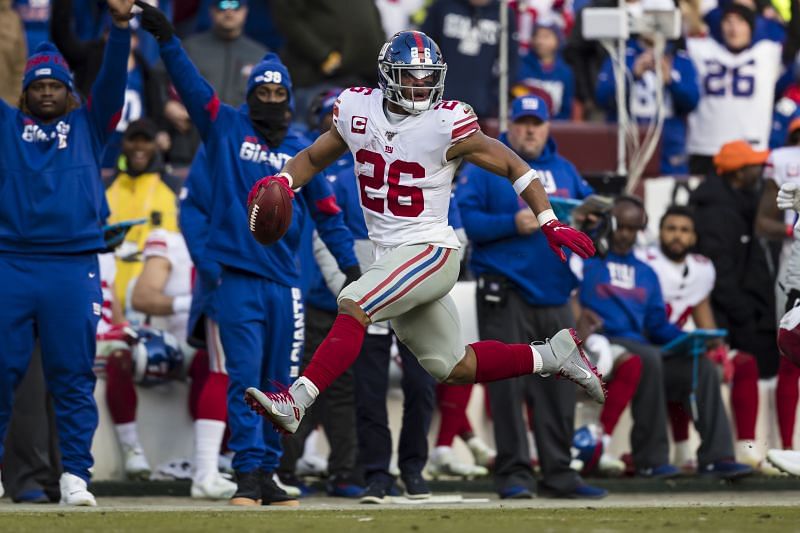 Giants running back Saquon Barkley to be paid in Bitcoin

New York Giants’ star running back Saquon Barkley is not only making big moves on the field but also off of it. The 24-year-old has announced that from now on he will take all of his endorsement money in Bitcoin.

BREAKING: Saquon Barkley has announced on The Best Business Show that he is taking 100% of his endorsement money in Bitcoin going forward.

That amounts to over $10 million, with Barkley making the big announcement on the Best Business Show.

The 2018 NFL offensive rookie of the year has long been an advocate of cryptocurrency and is now actively using it.

“I’m taking my marketing money in bitcoin,” Barkley said. “Now that I see [issues] with inflation and learning so much about Bitcoin … I think it would be the smart thing to do, the right thing to do, to start taking my investment money through bitcoin.”

Barkley has the hashtag #Bitcoin on his Twitter bio and has retweeted multiple Bitcoin and cryptocurrency updates over the past year.

Saquon Barkley is not the first NFL star to be involved with cryptocurrency. Last year, former Carolina Panthers tackle Russell Okung agreed to receive half of his $13 million salary in Bitcoin.

The New York Giants became the first NFL team to sign a deal with a cryptocurrency company. In May of this year, the Giants inked a deal with “Grayscale Investments.”

The company sells securities that include Bitcoin and other digital currencies. Grayscale will be a presenting sponsor of the Giants’ home games and a supporting sponsor of training camp.

“During our extensive evaluation of the space, we determined that we not only wanted a partner that understood the value of aligning with the Giants brand, but also could guide us in navigating the cryptocurrency ecosystem,” Giants chief commercial officer Pete Guelli said in a statement.

“Grayscale quickly emerged as a company that shares our passion for the New York market but also has the institutional knowledge and network of partners that we can access as crypto continues to evolve.”

The 2018 Pro Bowl running back returns this year after suffering a torn ACL in Week Two of last season. Barkley rushed for over 1000 yards in his first two NFL seasons before suffering a serious knee injury.

Giants fans will be hoping to see Barkley back on the gridiron when the NFL season kicks off in September.

Loading...
Denial of responsibility! NewsUpdate is an automatic aggregator around the global media. All the content are available free on Internet. We have just arranged it in one platform for educational purpose only. In each content, the hyperlink to the primary source is specified. All trademarks belong to their rightful owners, all materials to their authors. If you are the owner of the content and do not want us to publish your materials on our website, please contact us by email – [email protected]. The content will be deleted within 24 hours.
Loading...
Barkleybest sports newsBitcoinGiantsNew York GiantsNewsnews update sportsnewsupdate

Will FIFA 22 HyperMotion animations be available on PC and last-gen consoles?