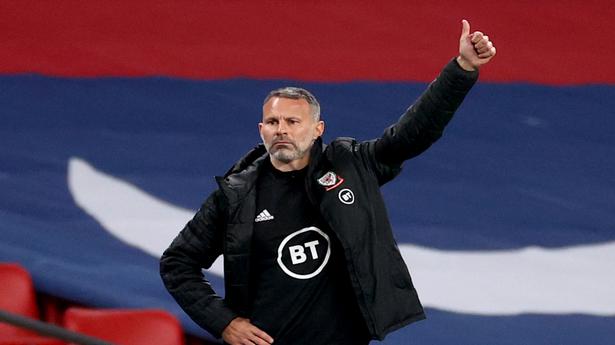 Giggs quits as Wales coach ahead of domestic violence trial

Ryan Giggs has quit as Wales coach with immediate effect, saying on Monday he didn’t want his upcoming trial on charges of domestic violence to destabilise the national team heading into its first appearance at the World Cup since 1958.

The Manchester United great has been on leave from his post since November 2020, with his assistant, Robert Page, guiding the Welsh to the World Cup in Qatar via the European playoffs this month.

Giggs is accused of controlling and coercive behaviour against his former girlfriend from August 2017 to November 2020. He is also accused of assaulting her and her sister. The trial is due to start on August 8.

“It has been an honour and a privilege to manage my country,” Giggs said, “but it is only right that the Wales FA, the coaching staff and the players prepare for the tournament with certainty, clarification and without speculation around the position of their head coach.”

Giggs has pleaded not guilty to the charges. A backlog of cases at Manchester Crown Court has delayed the start of the trial.

“Whilst I am confident in our judicial process, I had hoped that the case would have been heard earlier to enable me to resume my managerial responsibilities,” he said. “Through nobody’s fault the case has been delayed.

“I do not want the country’s preparations for the World Cup to be affected, destabilized or jeopardized in any way by the continued interest around this case.”

Giggs played a record 963 times for Man United before retiring in 2014. He also made 64 appearances for Wales and was hired as coach of his national team in January 2018.

Giggs qualified Wales for the most recent European Championship, which was delayed by 12 months to 2021 because of the pandemic. Page led the Welsh in that tournament.

“I have been fortunate enough to have enjoyed some unforgettable moments during my three years in charge of the national team,” Giggs said. “I am proud of my record and will cherish those special times forever.”

“I am sad,” he added, “that we cannot continue this journey together because I believe that this extraordinary group will make the country proud at our first World Cup since 1958.”

Giggs said he intended to resume his managerial career “at a later date.”

“And I look forward to watching our national team alongside you in the stands.”

The Football Association of Wales acknowledges the personal statement released by Ryan Giggs.

The Football Association of Wales thanked Giggs, saying it “appreciates the decision he has taken, which is in the best interests of Welsh football.”

Denial of responsibility! NewsUpdate is an automatic aggregator around the global media. All the content are available free on Internet. We have just arranged it in one platform for educational purpose only. In each content, the hyperlink to the primary source is specified. All trademarks belong to their rightful owners, all materials to their authors. If you are the owner of the content and do not want us to publish your materials on our website, please contact us by email – [email protected]. The content will be deleted within 24 hours.
aheadbest sports newsCoachdid ryan giggs quit wales teamdomesticdomestic violenceFootballGiggs