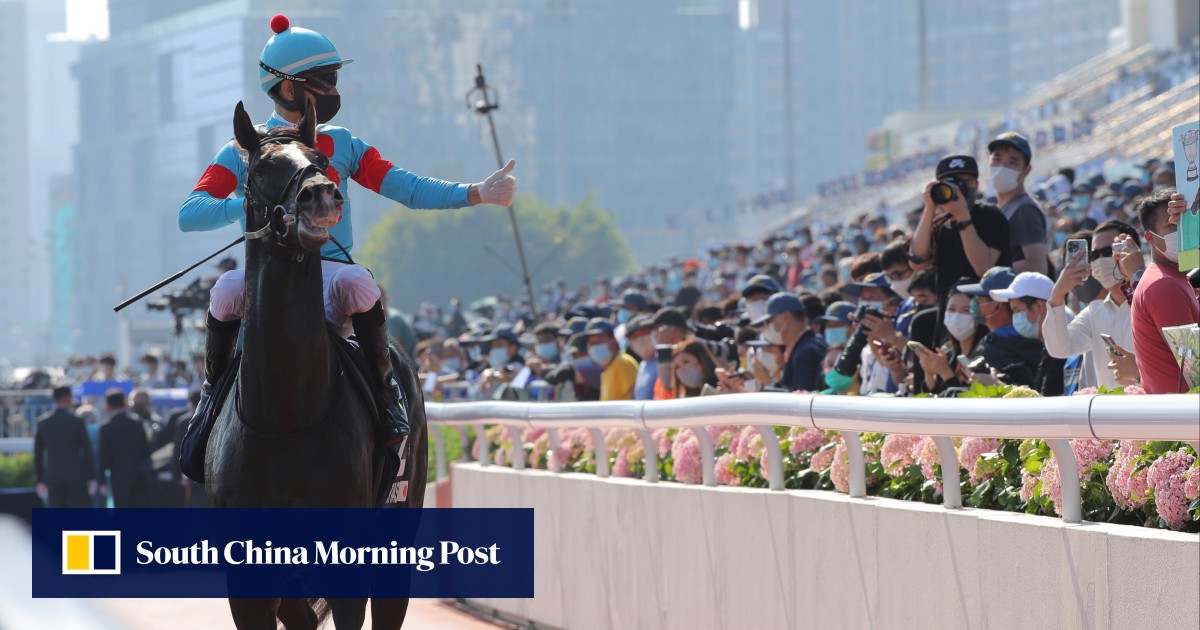 Japanese stayer Glory Vase must overcome a cosmopolitan array of opponents if he is to win a record third Group One Hong Kong Vase (2,400m) next month.

Glory Vase is one of a number of two-time winners of the Vase but would enter rarefied air with a third success, with Good Ba Ba’s Group One Hong Kong Mile hat-trick making him the only galloper with three victories at the Longines Hong Kong International Races.

Glory Vase won the 2,400m feature under Joao Moreira in 2019 and 2021, and with news the Brazilian plans to compete at this year’s marquee meeting, the dynamic duo could well be reunited.

Standing between Glory Vase and history is fellow Japanese galloper Win Marilyn, who was a last-start runner-up in the Group One Queen Elizabeth II Cup (2,200m) at Hanshin, and a colourful collection of European stayers.

Aidan O’Brien-trained trio Broome, Bolshoi Ballet and three-year-old Stone Age will make the trip to Sha Tin, with the Irish guru following a similar path with Stone Age as he did with 2020 Vase victor Mogul.

Mogul won the Vase as a three-year-old after heading to Sha Tin via the Group One Breeders’ Cup Turf (2,400m), and Stone Age, who gets a five-pound age allowance, was beaten by only Rebel’s Romance in this year’s edition of that contest.

Bolshoi Ballet is no stranger to Sha Tin after finishing ninth behind Loves Only You in last year’s Group One Hong Kong Cup (2,000m). However, the four-year-old has only had one run since – finishing fourth on the Lingfield all-weather track.

French colt Bubble Gift also comes out of the Arc, where he was a well-beaten 17th, while the Godolphin-owned Botanik, who is trained by André Fabre, will also represent Les Bleus.

Panfield, Butterfield and Senor Toba make up the local contingent.

While Tony Millard’s Panfield is a course-and-distance Group One winner after snaring the 2021 Champions & Chater Cup, it is the Caspar Fownes-trained Senor Toba who looks to be entering the race in the best form after running on nicely for third behind Romantic Warrior in Sunday’s Group Two Jockey Club Cup (2,000m).

Butterfield has his final lead-up run in this weekend’s Class One Chevalier Cup (1,600m) at Sha Tin.

Denial of responsibility! NewsUpdate is an automatic aggregator around the global media. All the content are available free on Internet. We have just arranged it in one platform for educational purpose only. In each content, the hyperlink to the primary source is specified. All trademarks belong to their rightful owners, all materials to their authors. If you are the owner of the content and do not want us to publish your materials on our website, please contact us by email – [email protected]. The content will be deleted within 24 hours.
best sports newschasesgloryGlory Vase chases history in a Hong Kong Vase loaded with international raidershistoryHongInternationalsKong

UPI apps may soon impose a transaction limit: What it means?

Troy Baker’s Perspective on The Last of Us Ending…

Cheating in chess is not rampant: Viswanathan Anand