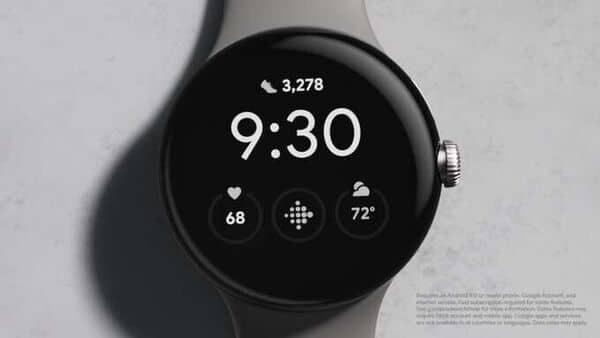 Google could bring its Google News on WearOS watches: Report

Google launched the Pixel Watch on its ‘Made By Google’ event, along with the Pixel 7 and Pixel 7 Pro. It seems that following the launch of the giant’s first smartwatch, Google asked developers to create more apps for the WearOS. Reportedly, Google is creating a wearOS version of Google News. The app has been available on mobile devices for a long time mow.

As per a report by AndroidPolice, Google is working on a simplified version of the Google News feed which would let users read directly from their smartwatches. The report cited a Reddit user stating that she/he managed to access the Google News Play Store listing on his/her WearOS watch. The user also shared screenshots of the upcoming app.

Google News app is not yet available on the WearOS version of the Play Store but the tipster has reportedly used a workaround involving the Google Assitant’s app search function to access the listing. These screenshots show how the Google News app would look on WearOS watches.

The screenshots show a simplified version of the app’s news feed and a tile that would help users to read the news on their smartwatch. The app’s UI laso looks similar to other Google apps on WearOS 3. The report does not mention when this new app would be available for smartwatches that run in WearOS 3.

Google’s WearOS 3 is already available on some smartwatches like Google Pixel Watch. Notably, the tech company has not launched its first smartwatch in India and is available in select markets. Other smartwatches that run the latest iteration of WearOS include Samsung Galaxy Watch 5, Galaxy Watch 5 Pro, Montblanc Summit 3, and Fossil Gen 6 Wellness Edition, among others.

Meanwhile, Google has unveiled Android 13 Go edition for budget smartphones with new updates. The Go edition was introduced five years ago, to help the manufacturers create affordable devices with a tailored software experience. This upgraded version of Android removes unnecessary apps from the smartphone and only includes the essentials. For instance, Google’s own apps like Gmail and Chrome, which tend to be quite heavy, are tailored for an enhanced user experience.

Denial of responsibility! NewsUpdate is an automatic aggregator around the global media. All the content are available free on Internet. We have just arranged it in one platform for educational purpose only. In each content, the hyperlink to the primary source is specified. All trademarks belong to their rightful owners, all materials to their authors. If you are the owner of the content and do not want us to publish your materials on our website, please contact us by email – [email protected]. The content will be deleted within 24 hours.
best technology newsBringGoogleGoogle NewsNewsnews update technewsupdatePixel 7

International Olympic Committee in talks with 10 bidders for 2036 Games