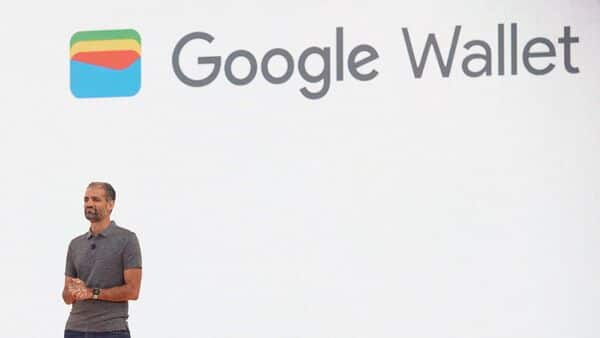 Alphabet Inc.’s Google will let consumers store and use credit cards, event tickets and car keys in a new Wallet app that it’s separating from its longtime Pay app.

Consumers in the U.S. and Singapore will have access to both apps, with Pay used for financial management and transferring money to friends or family, while in 39 other markets the Wallet app will replace Pay, the Mountain View, California-based company said at its annual Google I/O developer conference Wednesday.

“As things have digitized so quickly, it became very clear that you’re moving beyond just the payments context, and so we need to give users a dedicated home for that,” Bill Ready, Google’s president of commerce, said in an interview. “Mobile drivers’ licenses, car keys, those are well beyond just payment use cases.”

Google debuted its payment app in 2015 and revamped it in late 2020 as a hub for consumers to track expenses and hunt for discounts. The company said at the time the app had 150 million monthly active users globally. But Google faces tough competition from Apple Inc. as well as its own partners on Android devices, such as Samsung Electronics Co.

With Ready, who joined the technology giant in 2020, Google has been shaking up its approach to payments. In October, for instance, the company shelved a yearslong plan to debut a digital checking and savings service for the Pay app that it had already lined up nearly a dozen banking partners for.

Google Pay has gained some traction in India. There, users will be able to use the Pay app they’re familiar with, the company said in a statement.

Separately, Google announced a change to its Chrome browser that will allow users to turn any credit and debit cards they have saved with Chrome’s auto-fill feature into a virtual card. That means they won’t have to hunt down the extra security code on the back of their cards when paying online.

Ready, who spent eight years at PayPal Holdings Inc. and some of its subsidiaries, said Google isn’t charging users for the changes to its apps. Instead, he said, the aim is to boost use of the company’s myriad apps and services.

“We don’t need to monetize on the payments,” Ready said. “We’re not charging for this, but we believe it has the potential to be quite beneficial to the advancement of the free and open web, and we see that comes back and pays dividends for the ecosystem.”

Denial of responsibility! NewsUpdate is an automatic aggregator around the global media. All the content are available free on Internet. We have just arranged it in one platform for educational purpose only. In each content, the hyperlink to the primary source is specified. All trademarks belong to their rightful owners, all materials to their authors. If you are the owner of the content and do not want us to publish your materials on our website, please contact us by email – [email protected]. The content will be deleted within 24 hours.
Appbest technology newscarcardscreatescreditGooglegoogle event