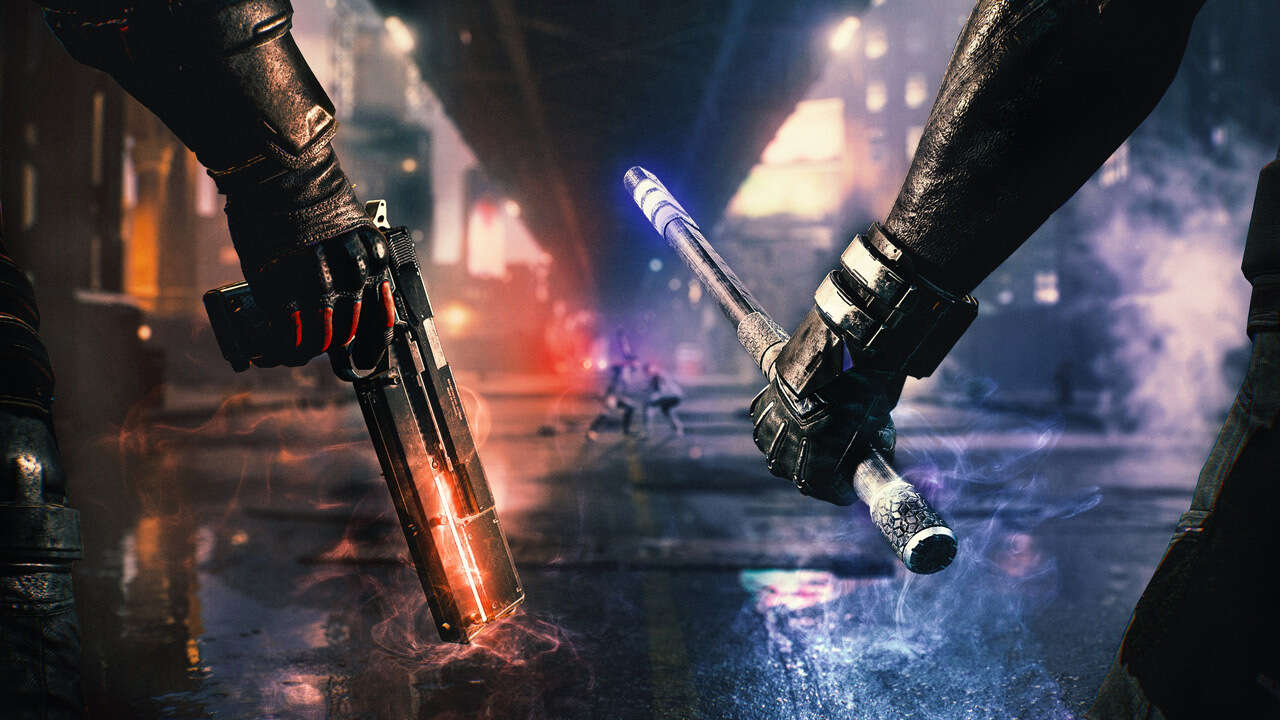 A “mission update” tweet from the official Gotham Knights Twitter account is teasing a look at new gameplay tomorrow featuring Nightwing and Red Hood in the spotlight. Both former Robins, Nightwing has traditionally combined his acrobatic skills with his signature Escrima sticks, while Red Hood has adopted a more trigger-happy approach to fighting crime.

This isn’t the first time that either character has appeared in a modern Batman game. After briefly appearing in Arkham City, Nightwing was given a bigger starring role in Arkham Knight’s campaign, and even receiving his own downloadable mission as part of the game’s season pass. Tasked with stopping the Penguin from breaking out of the Gotham City Police Department, Nightwing’s brief adventure was a combination of stealth and circus-inspired combat starring the former boy wonder.

Red Hood’s downloadable episode was similarly brief and featured the vigilante mopping up Black Mask’s gang after the events of Arkham Knight. Unlike Nightwing’s episode though, the ex-Robin could employ the use of his sidearms to instantly take down enemies once enough momentum had been built up in action sequences or his cooldown had reset in a level that required more predatorial gameplay.

Gotham Knights will let you play as either character–as well as Batgirl and Robin–when it releases on October 25. Interestingly, the game’s PlayStation store page now mentions online support for up to “4 network players” but developer Warner Bros. Montreal has yet to confirm this.

Set in a Gotham City where Batman has died and Gotham City has fallen prey to supervillains and the Court of Owls. It’ll be up to players to stop the various criminal factions, and restore order to the city as they adopt the mantle of the bat. Beyond that game based on DC Comics characters, you can also expect Rocksteady’s Suicide Squad: Kill the Justice League in 2023.

Denial of responsibility! NewsUpdate is an automatic aggregator around the global media. All the content are available free on Internet. We have just arranged it in one platform for educational purpose only. In each content, the hyperlink to the primary source is specified. All trademarks belong to their rightful owners, all materials to their authors. If you are the owner of the content and do not want us to publish your materials on our website, please contact us by email – [email protected]. The content will be deleted within 24 hours.
best games newsgame updategameplaygames newsgothamHoodKnightsnews update games