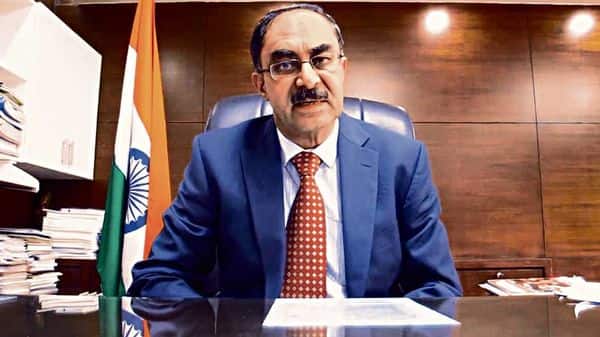 The Indian government is working on schemes to incentivize global display manufacturers to make investments in India. At an industry event today, Ajay Prakash Sawhney, Secretary, MeitY, said the government has received “expressions of interest” from various global players who are interested in starting operations in India, and is working on schemes and incentives to speed up the process. The government has also been working on similar initiatives for semiconductor manufacturing, and Sawhney said “concrete schemes and the thinking from the Government of India” should be clear in the next six months.

“We have been thinking of how to ignite the display industry in India over the past couple of years,” said Sawhney. “It’s time now for us to also attract the display fab (Display Fabrication Units),” he added. He said both international and major Indian entities have come forward expressing interest of various kinds in this particular area. The government has had “extensive discussions” with major players in the sector over the past three months and will base its schemes on the same.

The overall demand for displays in India for 2020 was about 253 million units, valued at $5.4 billion, according to a report by the India Cellular and Electronics Association (ICEA) and Grantwood Technologies, launched today. This demand is expected to grow at a compounded annual growth rate (CAGR) of 29.5% till 2025, to 922 million units and $18.9 billion.

The growth will be led by increased demand of mobile phones, televisions and IT hardware products. “We (India) currently consume 7-8% of the global display production in India primarily for use in mobile, TV and IT hardware. With our current emphasis on electronic manufacturing in India and incentives to trigger this industrial sector, the demand for displays will increase multi-fold,” said Pankaj Mohindroo, Chairman, ICEA. Sawhney said India has room for 3-4 big investments in this area.

According to Gopalan Rajeswaran, Director and CEO of Grantwood Technologies, “A typical LCD (Liquid Crystal Display) or OLED (Optical Light Emitting Diode) display fab for flat panel displays with a capacity of 100,000 mother glass per month would require an investment of somewhere between $1.5-2 billion while a Gen-6 fab would need around $3-4 billion.” Mother glass is the large glass substrate that is cut into smaller displays.

Setting up local manufacturing plants for displays in India will create a value-addition of $11 billion from the fifth year, said the report. It will also create export opportunities of $10 billion by the fifth year.

Denial of responsibility! NewsUpdate is an automatic aggregator around the global media. All the content are available free on Internet. We have just arranged it in one platform for educational purpose only. In each content, the hyperlink to the primary source is specified. All trademarks belong to their rightful owners, all materials to their authors. If you are the owner of the content and do not want us to publish your materials on our website, please contact us by email – [email protected]. The content will be deleted within 24 hours.
Ajay Prakash Sawhneybest technology newsdisplaydisplay fabsFabricationfabsgovernmentICEA

‘We lacked energy and application required to beat…