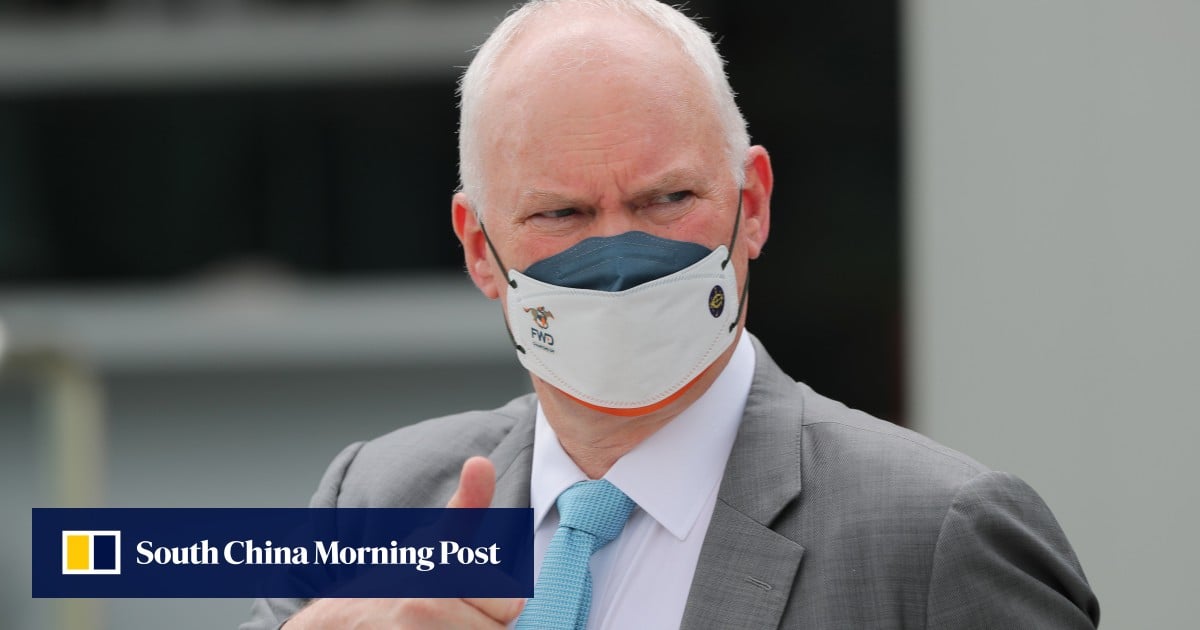 Hall’s placings pile up: ‘swap the seconds for wins, it would look a lot better’

Hong Kong is still a lucrative place if you consistently finish among the places but when a trainer is judged on winners it can be frustrating to continually hit the crossbar.

David Hall is having one of those seasons. Most of his horses are running well but without quite getting their heads in front. With 34 runner-up finishes and a further 39 third-placed efforts, Hall admits to feeling frustrated.

“If you swap the seconds for wins, it would look a lot better wouldn’t it?” Hall said. “But that’s Hong Kong, that’s the way it is and you’ve just got to deal with it.

“If they’re running well you’re sort of doing your job but I’d like to be rewarded a little bit more, as usual.

“If we reversed the seconds with the wins, we’d be having a great year but we’re still searching to find that real top-liner. That would certainly help our stable a lot and hopefully there’s one of them around the corner.”

Hall was on the mark with Kyrus Unicorn at Happy Valley on Wednesday but what the racing gods give with one hand, they take with another and one of Hall’s stand-out performers Flying Ace, who is unbeaten in four starts, was unable to take up his entry at Sha Tin on Sunday because of a lame right fore.

Instead, Hall will be relying on his highest-rated runner this weekend when Beluga tackles the most valuable race at Sha Tin, the Class Two Alnwick Handicap (1,600m).

A winner over course and distance in January, he is just as consistent as his trainer after finishing out of the first four on just four occasions in his past 18 starts.

But he did disappoint Hall last time when beaten seven and three-quarter lengths at Sha Tin nearly three weeks ago.

“He’d been up in Conghua and I thought he was ready to go but there was a strong pace and all the leaders didn’t really go on with it and he was one of them,” Hall said.

“He never really runs a bad race so I was obviously a bit disappointed. He seems well and he’s moved fine in the morning.

Kung Fu Tea has contributed two wins towards Hall’s 23 victories this season and is chasing a hat-trick in the Class Four Norfolk Handicap (1,600m).

He’s finished strongly to win his past two starts over 1,400m and it would not surprise Hall to see another good run as he steps up to a mile for the first time.

“He’s a lightly raced horse and has had numerous issues,” Hall said. “He’s finally getting some miles into his legs and getting a bit more confidence and he’s put two together, so it will be nice to see if he can keep going.

“He’s by Shocking. He’s got a good pedigree and he’s a half-brother to a really top filly who was a champion miler, so I don’t think the distance will be a problem.”

Hall’s Sha Tin Sunday squad is rounded off by Solid Impact, who finished second on his last start, Vitralite and Victoria General.

Denial of responsibility! NewsUpdate is an automatic aggregator around the global media. All the content are available free on Internet. We have just arranged it in one platform for educational purpose only. In each content, the hyperlink to the primary source is specified. All trademarks belong to their rightful owners, all materials to their authors. If you are the owner of the content and do not want us to publish your materials on our website, please contact us by email – [email protected]. The content will be deleted within 24 hours.
best sports newsDavid Hall’s placings pile up: ‘swap the seconds for winsHallsit would look a lot better’lotnews update sportsnewsupdatePile