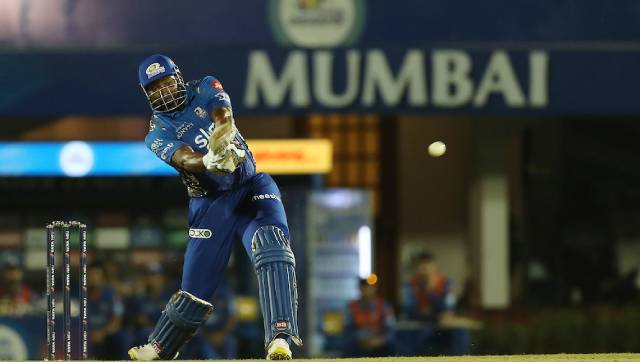 Kieron Pollard has been a key player of the Mumbai-based franchise for more than a decade since his first appearance in the Indian Premier League. After making his debut in 2010, he has seen Mumbai Indians emerge champions and has also seen them facing tough times.

The veteran cricketer, who turns 35 on 12 May, has saved many games for Mumbai Indians with his all-around ability. He can smash the balls out of the park, can scalp wickets in regular intervals and also can be an exceptional fielder into the deep.

The West Indian all-rounder has extra expertise in finishing off the matches while playing the shortest format of cricket. During his 12 years of IPL journey, Pollard has appeared in 189 matches all for the Mumbai Indians so far. He is also a permanent member of the 11-men playing XI in the latest edition of the competition. However, Pollard has been looking pale this season. He has not played any remarkable innings yet and his highest score is 25 so far.

In his 189 outings, Kieron Pollard recorded a total of 3412 runs with an outstanding strike rate of 147.32. He has also been brilliant with the ball scalping 69 wickets so far.

83 runs in 31 deliveries vs Kings XI Punjab in 2019: While chasing down a target of 198, Pollard got to the crease with the score of 56 for 2. The big hitter produced a storm on the field scoring a massive 31-ball 83 at a strike rate of 267.34. His innings was laced with 10 maximums and three boundaries.

70 runs in 47 deliveries against Royal Challengers Bangalore in 2017: After Mumbai Indians lost five wickets in the first 8 overs, Kieron Pollard was the man to clinch the victory single-handedly for the MI side. He smashed five sixes and three fours to score 70 runs facing 47 deliveries. That match-winning knock helped MI to chase 143 runs down against RCB.

63 runs in 35 deliveries against Delhi Daredevils in 2017: After being promoted at No 3, Pollard put up a destructive yet composed show scoring 63 runs off 35 balls. His innings was decorated with five boundaries and four sixes. His knock helped MI to produce a mammoth 212 runs on board.

60 runs in 30 deliveries against Chennai Super Kings in 2013: In the final of the 2013 IPL campaign, Pollard helped MI to post a decent 148 runs with his 60-run knock off 30 balls. The memorable innings was laced with seven fours and three maximums. He also picked a crucial wicket in the second innings leading MI to lift the maiden IPL trophy.

Denial of responsibility! NewsUpdate is an automatic aggregator around the global media. All the content are available free on Internet. We have just arranged it in one platform for educational purpose only. In each content, the hyperlink to the primary source is specified. All trademarks belong to their rightful owners, all materials to their authors. If you are the owner of the content and do not want us to publish your materials on our website, please contact us by email – [email protected]. The content will be deleted within 24 hours.
allrounderbest sports newsBirthdayFirstcricketFirstposthappyIndianIPL

Has the Milky Way’s Black Hole Come to Light?