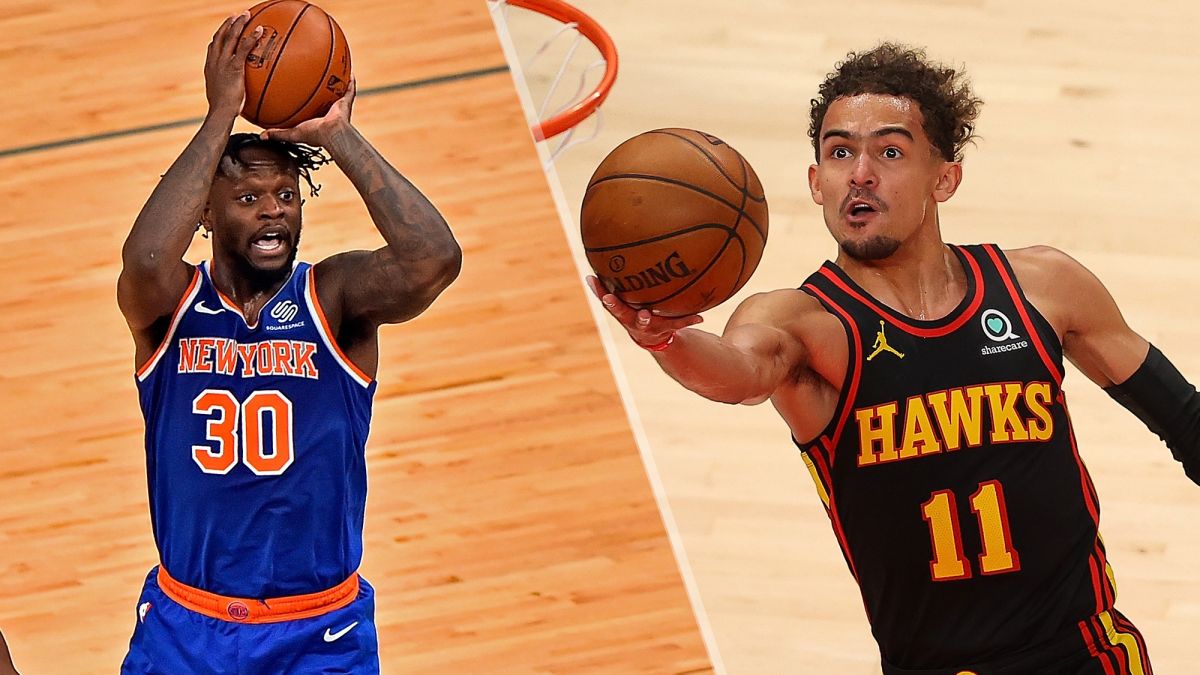 Hawks vs Knicks live stream: How to watch the NBA Playoffs online

The Hawks vs Knicks live stream features two teams that finished their season strong winning seven of their last 10. Both will look to keep their solid play going in this NBA playoffs live stream.

The Knicks will break a seven-year playoff drought when they host the Hawks Sunday night and there are many reasons for their turnaround. Julius Randle is a big one. The seventh overall pick from the 2014 draft has really come into his own, leading the Knicks in points (24), rebounds (10) and assists (6) per game.

Along with Randle, last year’s third overall pick, R.J. Barret has helped the cause with 17 points per game and new head coach Tom Tibodeau has taken a team that won just 21 games last year and tallied 41 wins this season.

The Hawks also benefited from a coaching change, except theirs happened in season. After Lloyd Pierce coached Atlanta to a dreadful 10-24 record he was let go in favor of Nate McMillin. The change would be validated as the Hawks went 27-11 the rest of the way and made the playoffs for the first time since 2017.

Trae Young controls the Atlanta perimeter leading the team with 25 points and 9.4 assists per game, while center Clint Capella takes care of business down low. In his first year with the Hawks, Capella led the league with 14.3 rebounds per game and was third in blocked shots averaging two blocks a game. He also averaged just over 15 points per game to be the team’s third leading scorer.

The Knicks enter their playoff series with the Hawks after taking all three of their regular season match-ups. Knicks are a 1-point favorite in game one. The over/under is 215.

How to avoid Hawks vs Knicks blackouts with a VPN

If you’ve had to leave your own “bubble” — or you’ve been hit by a dreaded local blackout — and you can’t watch Hawks vs Knicks live streams on cable, you’re not out of luck. With a virtual private network, or VPN, you can appear to be surfing the web from your home town (or somewhere that blackouts won’t hit), and access the same streaming services you already paid for.

Not sure which VPN is right for you? We’ve tested many different services and our pick for the best VPN overall is ExpressVPN. It offers superb speeds and excellent customer service. But you’ve got other VPN options as well. Here are our top picks.

Hawks vs Knicks live streams in the US

If you’ve already cut the cord and don’t have a cable package, you’ll be able to get this game on Sling TV (we love FuboTV for a lot of sports, but it doesn’t have TNT). ESPN and TNT are both included in the Sling Orange package, which costs $35. Sling will be a perfect place to watch all of the NBA playoffs, as ABC games will simulcast on ESPN3, and Sling Orange gets you TNT, ESPN, ESPN3, and its Sports Extra pack gets you NBA TV.

Sling and Fubo are two of the picks on our best streaming services list, but we go with Sling here even though it doesn’t have ABC (though you can get it with one of the best TV antennas), as those games will be on ESPN3.

Sling TV: You can get ESPN and TNT in the Sling Orange package. The 30-plus channels in the lineup include AMC, CNN, Food Network, AMC, Comedy Central, HGTV and many more.View Deal

Hawks vs Knicks live streams in the UK

NBA League Pass is also available in the U.K., as an alternative.

Hoops fans in Canada can watch Hawks vs Knicks on TSN, which can be added to your package if you don’t have it already. The game is on TSN1.

Denial of responsibility! NewsUpdate is an automatic aggregator around the global media. All the content are available free on Internet. We have just arranged it in one platform for educational purpose only. In each content, the hyperlink to the primary source is specified. All trademarks belong to their rightful owners, all materials to their authors. If you are the owner of the content and do not want us to publish your materials on our website, please contact us by email – [email protected]. The content will be deleted within 24 hours.
best technology newsHawksKnicksLiveNBAnews update technewsupdateonline

Being an expert navigator is the key to innovation success