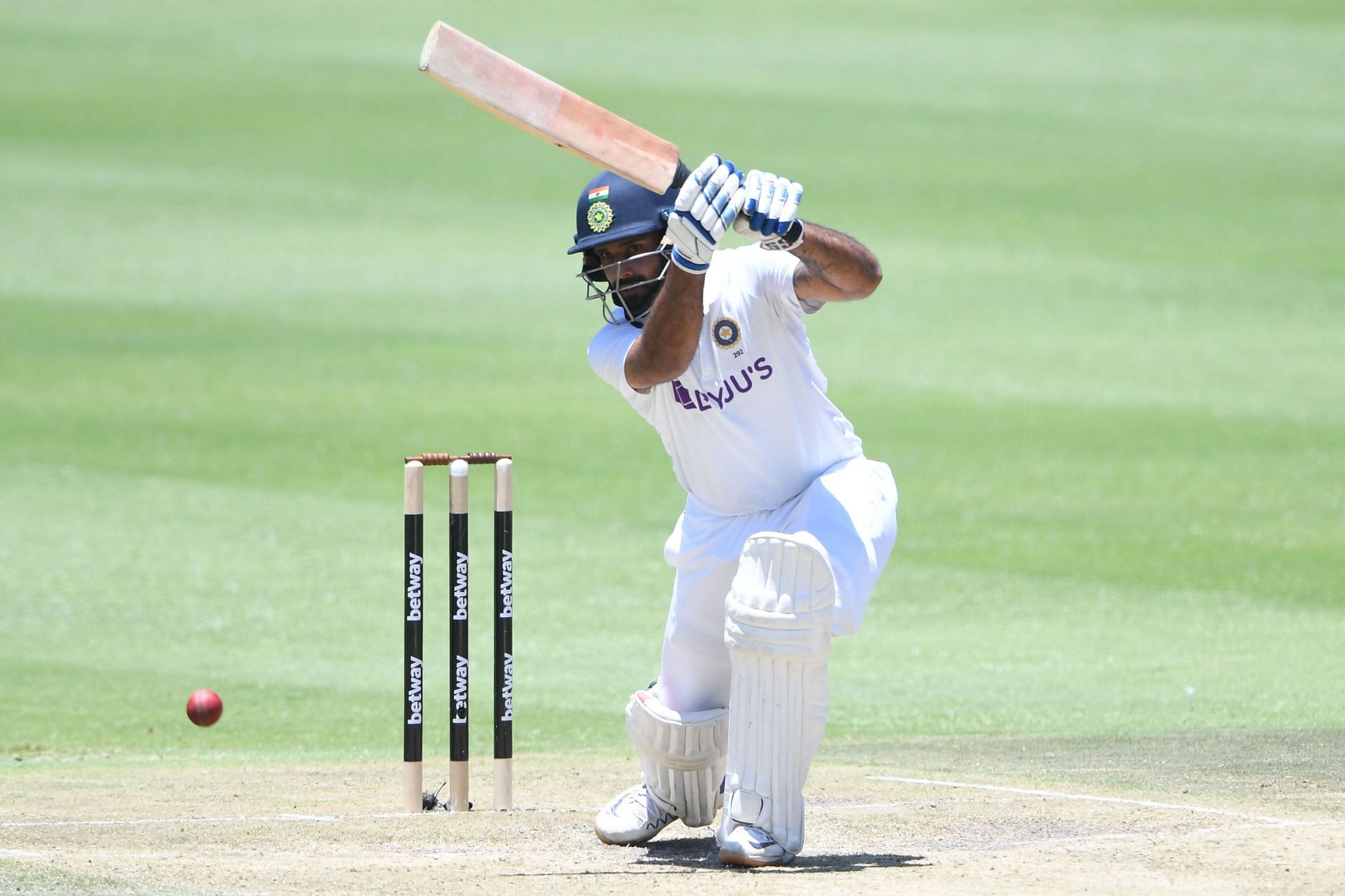 “He has an ideal game for No. 3” – Sanjay Bangar wants Hanuma Vihari to bat at the position in India vs Sri Lanka Test series

Sanjay Bangar has picked Hanuma Vihari to play the No. 3 batter’s role in the upcoming Test series against Sri Lanka.

Team India have a couple of middle-order spots to fill, with Cheteshwar Pujara and Ajinkya Rahane dropped from the Test side. The likes of Vihari, Shreyas Iyer and Shubman Gill are in contention to take those positions.

During a discussion on Star Sports, Sanjay Bangar was asked to pick his preferred player at No. 3. He responded:

“I would like to see Hanuma Vihari at No. 3. He has an ideal game for No. 3 because you have to see off the new ball slightly so that the middle order is protected.”

The former India batting coach reckons Vihari could be an ideal replacement for Pujara. Bangar elaborated:

“He is a player who has scored big runs in domestic cricket for a long time. He was sitting after scoring more than 5000 runs, then played Test cricket, played some good knocks as well. After that, he had to miss out due to a number of reasons. The job Pujara did exceeding well for so many years, if someone can fill that position very well, I feel it is Vihari.”

Vihari played a fighting knock to help Team India draw the Sydney Test against Australia last year. He also offered stubborn resistance in the only Test he played in South Africa after being ignored for the home series against New Zealand.

“Hanuma Vihari at No. 3 for the short term” – Irfan Pathan

While picking Shreyas Iyer to bat at No. 5, Irfan Pathan concurred with Bangar’s choice for the time being. He said:

“You have to find answers to just two questions. Shreyas Iyer has almost answered the No. 5 question. I feel Shreyas Iyer is better down the order and I agree with Sanjay bhai, Hanuma Vihari at No. 3 for the short term.”

However, the former India all-rounder considers Shubman Gill a long-term No. 3 option in the Indian Test side. Pathan reasoned:

“But long term, if I see the next eight years or so, it will depend on the performance as well, Shubman Gill can be a very good option at No. 3 because he has an excellent technique to play against the fast bowlers and plays spin also very well after getting set.”

India’s Batting Order No.3 to 6 in Test team most likely:- (According to PTI)

Pathan concluded by highlighting that Vihari, who has played just one Test innings in India thus far, deserves to get a longer run in familiar home conditions.

Q. Will Hanuma Vihari bat at No. 3 in the first Test against Sri Lanka?

Denial of responsibility! NewsUpdate is an automatic aggregator around the global media. All the content are available free on Internet. We have just arranged it in one platform for educational purpose only. In each content, the hyperlink to the primary source is specified. All trademarks belong to their rightful owners, all materials to their authors. If you are the owner of the content and do not want us to publish your materials on our website, please contact us by email – abuse@newsupdate.uk. The content will be deleted within 24 hours.
Australia Cricket TeamBangarbatbest sports newsCricketGameHanumaHanuma Vihari

Too hot to handle: The current speed merchants from countries other than Pakistan | Cricket News – Times of India