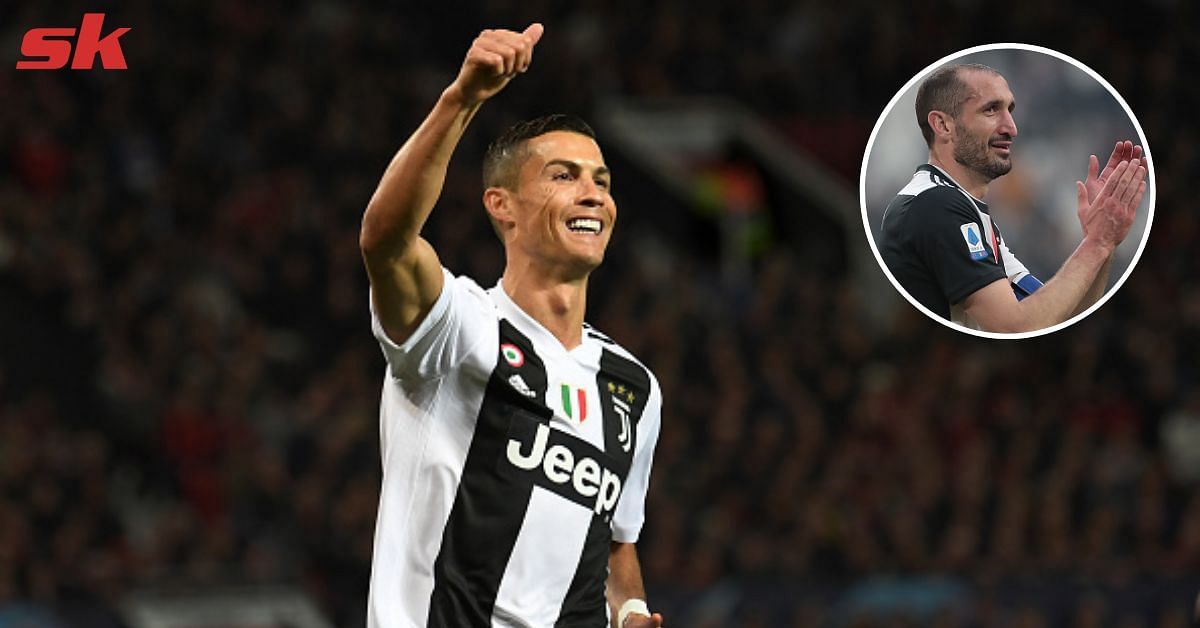 Juventus defender Giorgio Chiellini feels Cristiano Ronaldo helped paper over many of the cracks while he was at the club.

The Portuguese, who spent three years in Turin before a sensational return to Old Trafford last September, was criticized by some for having a negative impact on the side.

However, his former team-mate has suggested that it was quite the opposite, while also revealing that the Bianconeri weren’t too happy with his departure.

Speaking to the press ahead of their Italian Super Cup clash with Inter Milan, he said:

“Cristiano hid the problems the team had. He was an important player. Having a top player like him in the team makes it easier to disguise the problems.”

His departure has certainly had a huge impact on the Old Lady’s league campaign. Juventus are languishing in fifth place with just 38 points from 21 games, trailing Inter Milan by 11 points despite playing a game more.

“As for us, losing a player like Cristiano is not easy. We are the team of last season with one Cristiano Ronaldo less. It was normal to anticipate some difficulties.”

Chiellini:”As for us, losing a player like Cristiano is not easy. We are the team of last season with one Cristiano Ronaldo less. It was normal to anticipate some difficulties.” https://t.co/uepOdFXOYF

Goals have also been hard to come by, with the side averaging just 1.5 per game in Serie A, further evidence of how much Ronaldo kept everything together.

But without him, life has been difficult. Chiellini further said:

“I already expected a difficult season after Cristiano’s departure, but we are practically the same team as last season, with Locatelli and Kean, but without Cristiano.”

However, the Italian legend refuses to give up and feels Juventus still have a shot at titles. He added:

“If we work hard, we can achieve our goals, but we cannot feel inferior or let our mental energy run out, something we are no longer used to doing.”

With the Bianconeri struggling to make a mark in Europe and even conceding the Scudetto in limp fashion last season, Ronaldo was heavily criticized.

But with the Serie A giants now becoming far worse without him, it’s clear that the talismanic No.7 was not the problem. He kept things together for them.

During three years at the club, the Portuguese ace managed 101 goals in 134 games, including 81 in the league from 91 games, many of which were crucial, match-saving strikes.

No player at the club came remotely close to matching that tally during this period and his departure has left a massive void in their attacking department that’s hurting them.

Denial of responsibility! NewsUpdate is an automatic aggregator around the global media. All the content are available free on Internet. We have just arranged it in one platform for educational purpose only. In each content, the hyperlink to the primary source is specified. All trademarks belong to their rightful owners, all materials to their authors. If you are the owner of the content and do not want us to publish your materials on our website, please contact us by email – [email protected]. The content will be deleted within 24 hours.
best sports newsChiellinicompoundedCristianoCristiano RonaldodepartureFootballfootball news