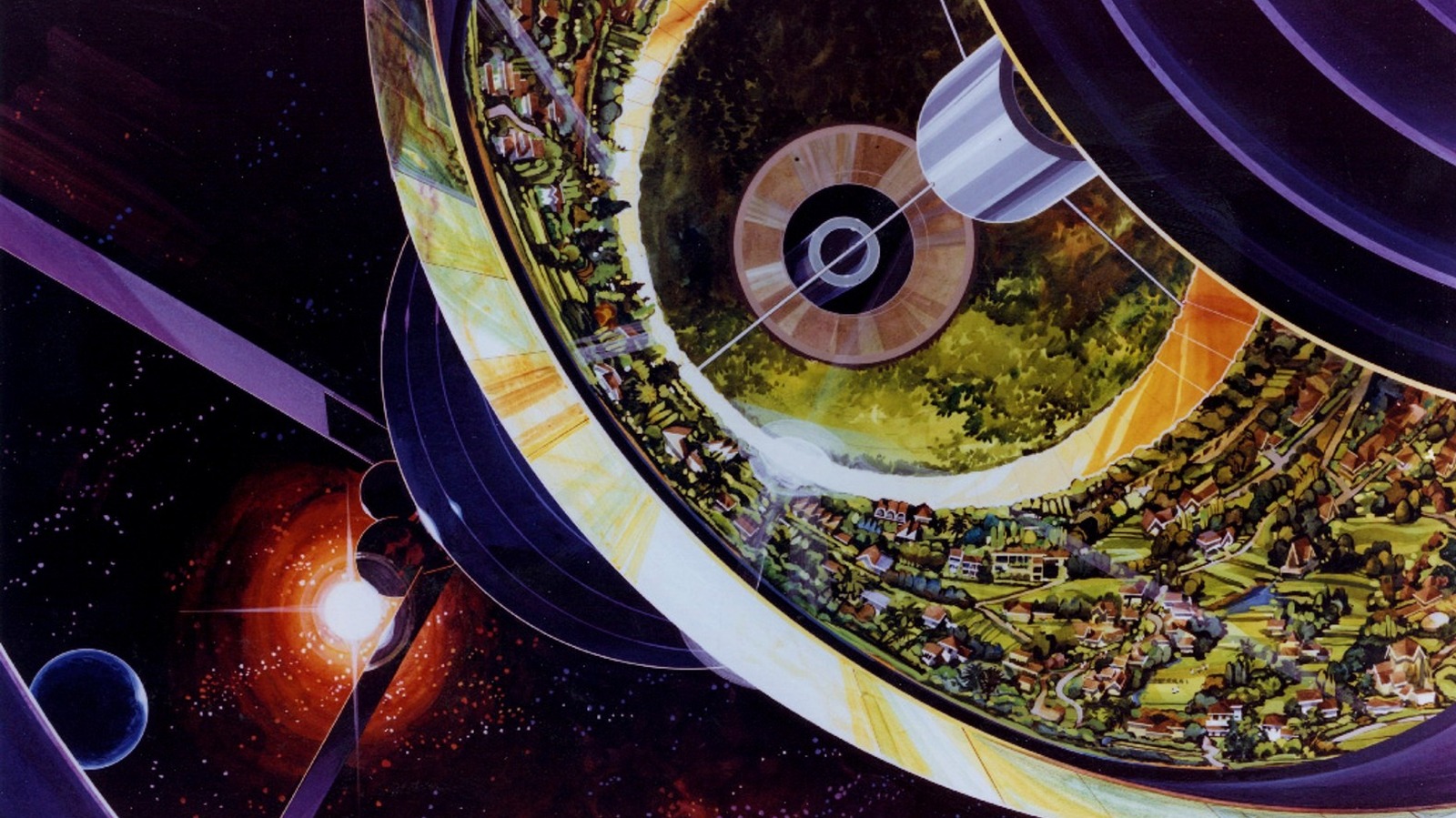 The National Space Society has published a NASA video from 1975 that presents the agency’s space colony concept. The Apollo missions had just ended, and Americans had conquered the moon. The “what’s next?” question was on everyone’s mind, fueling speculation over whether NASA would go to Mars for its next mission or instead build a city in space. The latter idea was fueled by the Torus project.

The Stanford Torus concept was a design for a habitat that could house 10,000 residents in space, according to the companion paper “Space Settlements: A Design Study.” The concept imagined a massive wheel-like structure a mile wide in a fixed, stable position between the Earth and the moon that would slowly spin at one revolution per minute to generate artificial gravity. People inside the city would be able to grow crops and maximize solar energy while mirrors would reflect deadly radiation. The materials to build the city would be sourced from the moon, and industries in the city would flourish with solar power — or, at least, that’s what the concept envisioned.

The idea was not new. Wernher von Braun, a leading figure in NASA’s early days, presented similar concepts for space stations with artificial gravity in 1952 (via Internet Archive.org). Though the idea to build a space habitat eventually won over a mission to Mars, the resulting station is nothing like these early, ambitious concepts.

Denial of responsibility! NewsUpdate is an automatic aggregator around the global media. All the content are available free on Internet. We have just arranged it in one platform for educational purpose only. In each content, the hyperlink to the primary source is specified. All trademarks belong to their rightful owners, all materials to their authors. If you are the owner of the content and do not want us to publish your materials on our website, please contact us by email – [email protected]. The content will be deleted within 24 hours.
best games newsfuturegame updategames newsHereslookedNASAsnews update games

Hurricanes get All Blacks veteran back while another makes debut