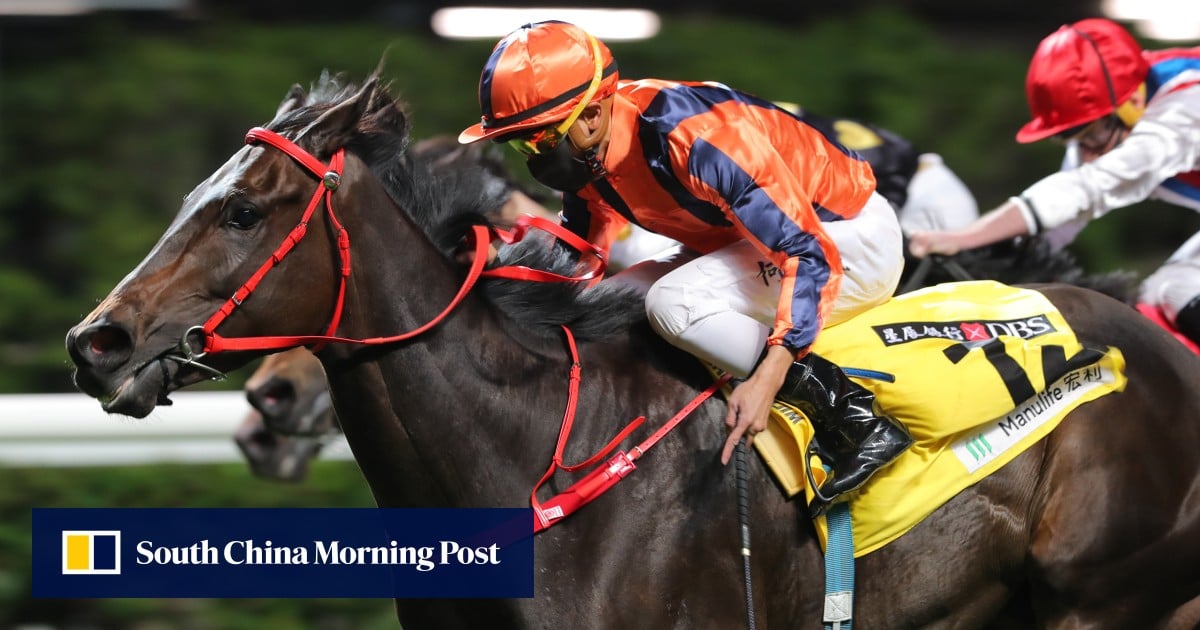 It is not only horses for courses but also jockeys for horses as champion trainer Frankie Lor Fu-chuen looks to ignite his title defence with five runners across Happy Valley’s eight races on Wednesday night.

Ho has ridden Fa Fa to each of his six wins, all of which have occurred at Happy Valley, with five of them coming over the city circuit’s 1,650m trip.

Fa Fa strung together five consecutive Happy Valley victories between late June and early December last year before being well beaten in all three Classic Series contests and unsuited off the speed in a pedestrian race on his May return to Happy Valley under Matthew Chadwick.

Even though Fa Fa is 36 points higher in the ratings than when he broke his maiden with Ho on his back in April 2021, Lor believes the handicapper has not got fully to grips with the five-year-old gelding yet, particularly when he competes at Happy Valley.

Derek Leung Ka-chun is three from four aboard Class Three Fortress Hill Handicap (1,650m) contender My Ecstatic, who was keen and wide without cover under Ho over course and distance in July, his solitary loss in three attempts over Happy Valley’s extended mile.

“He trialled last week and trialled well. I think he’s still got a good chance,” said Lor of My Ecstatic, who won back-to-back Class Threes before his forgivable failure in Class Two company.

Outside Ho, the only other jockey that has a full book of rides at Happy Valley on Wednesday is Joao Moreira, whom Lor has hired to steer Like That in the penultimate affair, the Class Three Chan Wai Handicap (1,200m).

Like That is the only one of Moreira’s eight Happy Valley mounts he has won aboard before. Moreira has posted three firsts, one second and one third from his six starts aboard Like That, who has mixed up his form on his nine Happy Valley appearances, including last time out in June.

Chadwick finding it ‘tough, if not tougher’ despite Tony Cruz Award win

Class Four Sai Wan Ho Handicap (1,650m) top weight Jade Phoenix’s two wins have come in tandem with Karis Teetan, and he would have regained the ride from departed jockey Blake Shinn if he had not been ruled out of the Happy Valley meeting on Monday afternoon.

Consequently, Lor has booked Zac Purton to ride Jade Phoenix for the first time since the end of the 2020-21 season.

Lor’s fifth and final runner at Happy Valley on Wednesday will be Triumphant Return, a two-start maiden with whom Chadwick, yet to get off the mark this campaign, will continue his association.

Denial of responsibility! NewsUpdate is an automatic aggregator around the global media. All the content are available free on Internet. We have just arranged it in one platform for educational purpose only. In each content, the hyperlink to the primary source is specified. All trademarks belong to their rightful owners, all materials to their authors. If you are the owner of the content and do not want us to publish your materials on our website, please contact us by email – [email protected]. The content will be deleted within 24 hours.
best sports newscoursesdefenceHorsesHorses for courses and jockeys for horses as Frankie Lor looks to ignite his title defenceIgnitejockeysLOR