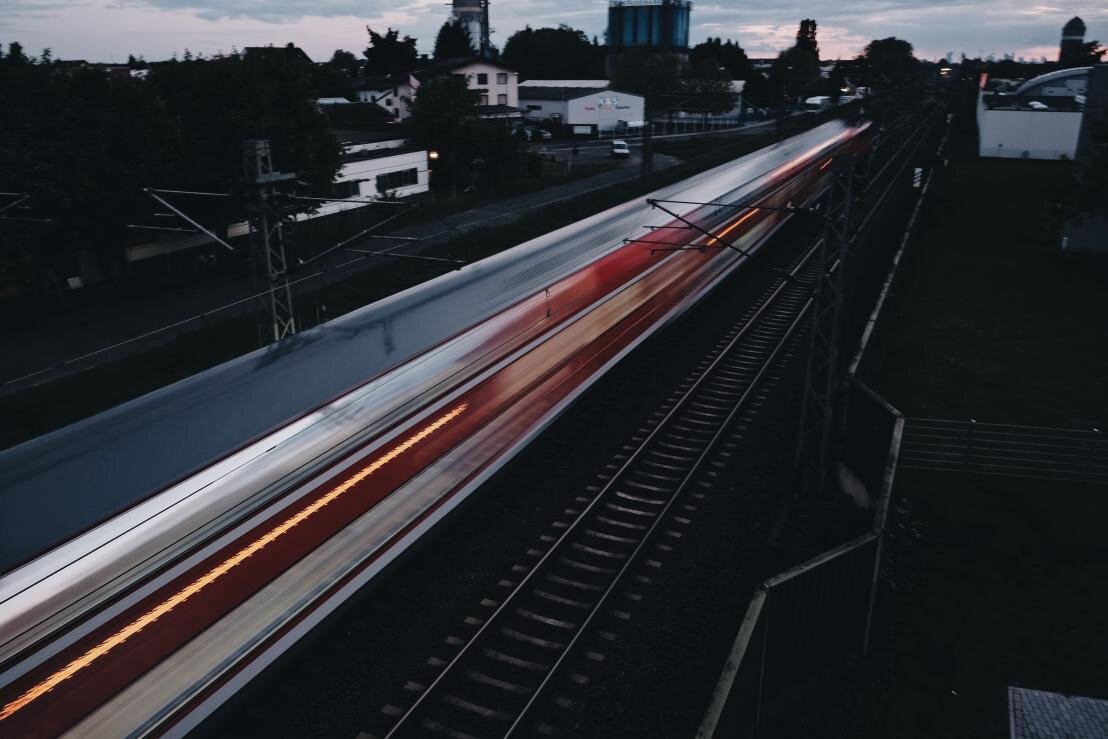 How future trains could be less noisy

Rail transportation is core to Europe’s plans to become carbon neutral by 2050, but noisy trains represent an obstacle that needs to be overcome.

“We have a lot of resistance from people (living) beside the tracks who are against all construction and upgrades of the lines,” said Rudiger Garburg, senior consultant for noise and vibrations technology at German railway company Deutsche Bahn AG. “It really is a bottleneck, (when) we speak about transforming transport and transferring traffic from road to rail.”

Greenhouse gas emissions from transport in Europe increased in 2018 and 2019, according to the European Environment Agency, and road transport was responsible for almost three-quarters of those emissions. In its Sustainable and Smart Mobility Strategy, the European Commission aims to shift traffic from road to rail and double its high-speed passenger rail traffic across Europe by 2030 and double rail freight by 2050.

To get community buy-in, however, governments and rail companies need to reduce rail noise. “Noise is always a problem of the system, not just the train,” said Garburg, who is a member of Shift2Rail’s FINE 1 and FINE 2 projects to reduce noise, vibrations and energy use. A railway system includes the trains, their wheels, the rails, and the tracks that support them.

For passenger and freight trains, which move at between 60 km and 200 km per hour, the noise is mainly generated between the wheels and the rail. However, it is very difficult to determine which part of the system is making the noise.

FINE 1, which involved partners in rail, mobility and automation, was a broad project to curb excess noise and energy from trains. It looked to model and predict noise sources, among other objectives. This information is vital for both regulators and for train manufacturers.

The project, for example, was able to simulate the noise both inside and outside the train made by cast iron wheels compared to composite-material wheels. “In the past, trains used a cast-iron braking system for the wheels,” Garburg explained. While good for braking, the iron sheared over time, making the wheels very rough—and noisy. “In past years, we’ve worked very hard to find more braking blocks (made out of) composite materials, not cast iron.”

In 2019, Europe’s revised train noise standards, part of a larger suite of rail specifications, came into force. Unlike cars, where manufacturers produce thousands of vehicles, train manufacturers only produce a limited number. “You cannot build a prototype, test it, and work on it,” explained Garburg. “If you build a new train, you have to guarantee that your train adheres to this limit of noise, similar to air pollution and so on.”

As part of FINE 1, project members developed verifiable, realistic requirements to characterize noise sources. These specifications are important to create standards for manufacturers to follow, and ultimately make trains quieter. Its successor, FINE 2, plans to take this research even further and fine-tune its noise source prediction models.

“In FINE 2, we have special measurement procedures,” Garburg said. The team uses an acoustic camera, an array of 30 to 40 microphones, to capture the sound of the rail system. He likens it to a thermal camera, in which you see yellow, red and green parts of a building to create a heat map. “We will use such procedures for the noise to get pictures that show you clearly where the main noise sources are,” he said.

Better models could also enable train manufacturers to possibly obtain virtual certification for their trains to show that they adhere to the EU standards. All trains need to be certified by regulatory authorities before they are allowed on the track, but this process can be expensive and time-consuming.

In Shift2Rail’s partner project TRANSIT, virtual certification is the “dream on the horizon,” says Ines Lopez Arteaga, a professor of mechanical engineering at Eindhoven University of Technology in the Netherlands. “It would save a lot of money and time and resources to be able to do it based on calculations.”

But there are many research milestones to reach first, said Prof. Lopez Arteaga, who is TRANSIT project leader. We have tools to predict where train noise originates, but they could be improved, she says.

At the moment, she says it is possible to measure the overall noise a train makes on the tracks, but the estimation of the separate components needs to be more accurate. With this information, it would be possible to not only make trains quieter, but make it easier to get new trains certified.

But trains also need to be tested on a specific type of track—one whose smoothness would not handicap or give overly positive noise measurements. She likens trains on the track to a child playing with marbles. “If you roll a marble on a table, it makes noise. With trains, it’s the wheels on the track. You get a different noise depending on the roughness of the table, if it’s stainless steel or wooden, for example,” she said.

“It is not easy to find the right track,” explained Prof. Lopez Arteaga. “You would expect that with so many thousands of kilometers of rail in Europe that it shouldn’t be such a problem, but it is.”

One of the project’s goals is to translate the noise measurements from one track to another. “That would be a really big advantage,” she said. “That would reduce the constraints on the type of track you can test on.”

There are also other components, aside from the wheels and rails, that add to the noise a train makes when it passes.

“The models we are developing with help from manufacturers aim to establish better requirements for their equipment,” said Prof. Lopez Arteaga.

The aspect of the project that she is particularly excited about is modeling is the identification of noise sources on high-speed trains. “They want us to identify the noise, but also the direction it’s going. That’s really, really a challenge.”

Once the TRANSIT team has its results, it will share them with FINE 2 to evaluate in order to verify their findings, Prof. Lopez Arteaga says.

All of these are ‘small steps’ on the way to characterizing the behavior of the whole rail system, she says. “I love trains; they are a really interesting system. The whole railway—the network, the system, the trains—is so complex, there’s much more than meets the eye.”

Denial of responsibility! NewsUpdate is an automatic aggregator around the global media. All the content are available free on Internet. We have just arranged it in one platform for educational purpose only. In each content, the hyperlink to the primary source is specified. All trademarks belong to their rightful owners, all materials to their authors. If you are the owner of the content and do not want us to publish your materials on our website, please contact us by email – [email protected]. The content will be deleted within 24 hours.
best technology newsfuturenews update technewsupdateNoisytech newstech updatetrains

Overwatch is stopping sales of loot boxes, here’s why…