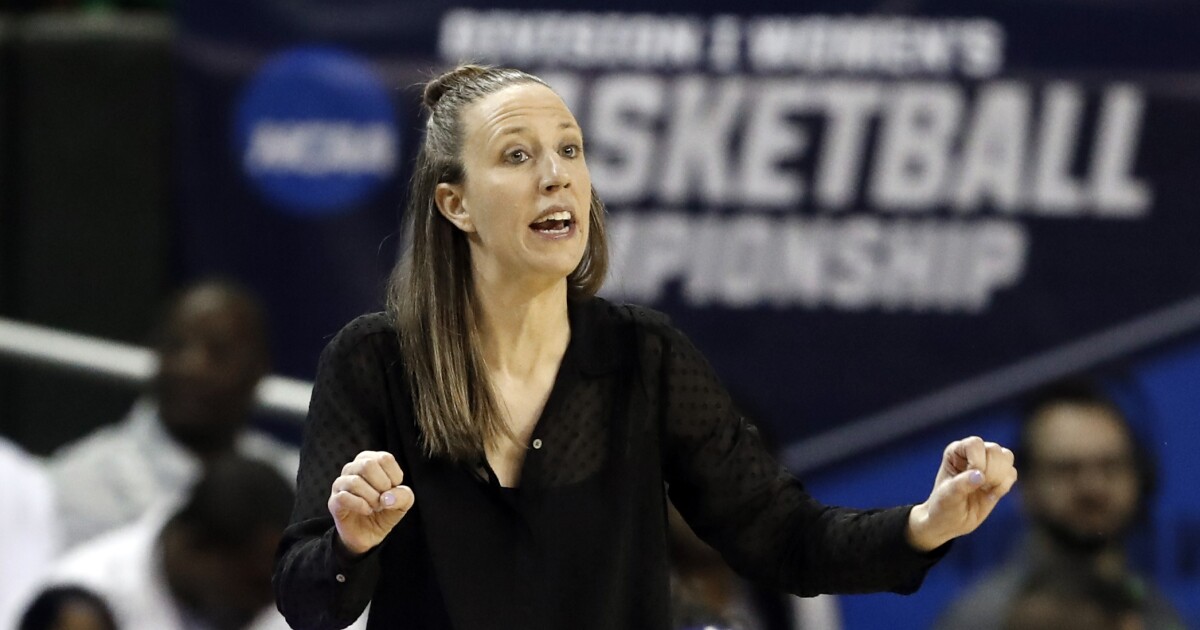 Ten years after beginning as the head coach at Cal, Lindsay Gottlieb is back in the Pac. But this isn’t the same conference she left.

As Gottlieb takes over as coach at USC, two years after leaving the job at Cal for the NBA, she returns to the premier women’s basketball conference in the country that boasts defending national champion Stanford. To keep up and even push the Pac-12 forward, the former Cleveland Cavaliers assistant is leaning on the knowledge and relationships gained during her stint in the NBA and is back as a “version 2.0” of the coach who led California to the Final Four in 2013.

“The thing that’s most different is I’m different,” Gottlieb said at Tuesday’s Pac-12 media day of how she’s changed since beginning at Cal in 2011. “The perspective I bring is different. You just gain knowledge with the years and gain relationships with players. You figure out how to connect with different people, different styles, so I think I’m a little more self-assured and know a few more things in terms of letting it come to me.”

Just as Gottlieb has grown, so too has the conference. Six Pac-12 teams made the NCAA tournament last year, three advanced to the regional finals and two — Arizona and Stanford — played in the national championship game.

But the Trojans are falling behind. USC has missed the NCAA tournament the last seven seasons.

After winning 20 games and advancing to the tournament in seven of her eight seasons in Berkeley, Gottlieb is confident the Trojans can catch up.

Adding Gottlieb to the Pac-12 increased the competition in the Pac-12, UCLA coach Cori Close said. It’s going to make it harder for Close to keep the Bruins, who were picked third in the preseason coaches poll, near the top of the conference. But Close welcomes a cross-town threat that can only elevate women’s basketball in the city always in search of stars.

“We can compete crazy hard and you’re not going to meet a more competitive person than me and I know Lindsay is the same, but we’re always going to have a global perspective on it all,” Close said. “I definitely think we better get ready. USC is going to be a challenging force and I’m really excited for what we can do for basketball in L.A.”

The Trojans, who were picked ninth in the preseason poll, are led by forward Alissa Pili. The 2019 freshman of the year is coming off a disappointing sophomore season in which she struggled with an ankle injury. The 6-foot junior is one of USC’s five unique post threats, which include McDonald’s All-American centers Angel Jackson and Clarice Uche Akunwafo.

USC lost its leading scorer in guard Endiya Rogers, who transferred to Oregon, but Gottlieb is planning to creatively use her front court depth. Her vision is to get more than two post players on the floor at a time. That could mean moving Pili, whose low-post dominance made her the fifth USC player to be named conference freshman of the year.

Pili, who was seated next to Gottlieb on stage, nodded proudly.

Close was not laughing when she heard the plan.

“Scares the crap out of me,” Close said.

The bold lineup experimentation is a product of Gottlieb’s time in the NBA, Close said. In the pros, coaches, free from recruiting, could talk X’s and O’s for hours, thus feeding Gottlieb’s creativity. Inspired to find new ways to use Pili, Gottlieb said she reached out to former New Orleans Pelicans coach Stan Van Gundy about how the Pelicans occasionally used star forward Zion Williamson at point guard last season.

Gottlieb’s wealth of knowledge has players raving and dreaming of the possibilities at a program that hasn’t advanced to the second week of the NCAA tournament since 1994.

“Anybody talking to her, you can tell like she’s a leader,” senior forward Jordan Sanders said. “She definitely has the ability to take us all the way.”

Denial of responsibility! NewsUpdate is an automatic aggregator around the global media. All the content are available free on Internet. We have just arranged it in one platform for educational purpose only. In each content, the hyperlink to the primary source is specified. All trademarks belong to their rightful owners, all materials to their authors. If you are the owner of the content and do not want us to publish your materials on our website, please contact us by email – [email protected]. The content will be deleted within 24 hours.
Basketballbest sports newsCoachGottliebLindsaynews update sportsnewsupdatePac12