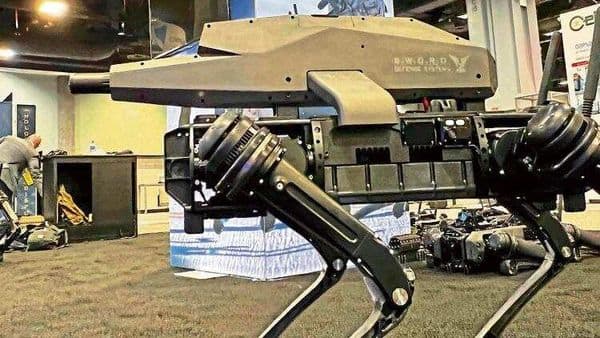 A  March  report  from  a  UN  panel  said the first autonomous drone attack may  have  already happened in Libya. Yet, a UN conclave in Geneva  last week failed to regulate the use of killer robots on the battlefield. Mint explains the concept that has worried rights groups for long.

So, What are killer robots?

The idea of killer robots has been explored widely in science fiction movies, including Terminator, Blade Runner, and Robocop. While there is no clear definition, and we are nowhere close to the level of advancement science fiction depicts, killer robots include machines that can make their own decisions with little to no human involvement. Collectively, these weapons fall under lethal auto-nomous weapons systems (LAWS), which can include bombs, dog-like robots, and more that can use AI and other digital technologies to make decisions on the battlefield. It doesn’t include drones, which are manned remotely by pilots.

What’s the convention on weapons?

The Convention on Certain Conventional Weapons (CCW), which came into effect in 1983, is an international agreement under the UN. It is also known as the Inhumane Weapons Convention and seeks to prevent the use of certain weapons that may be deemed to be “excessively injurious”, and as of 2001, weapons that can “have indiscriminate effects”. The group held a conference on 17 December, seeking to control the use of LAWS in modern warfare. A coalition of NGOs said despite a “clear majority” calling for the negotiation of a law, the committee fell “shockingly short” of an outcome.

Why is a law needed to control the use of LAWS?

Rights groups have argued that allowing robots to make life-or-death decisions is inhumane and shouldn’t be allowed. In addition, they note that algorithmic decisions like this aren’t dependable as they could be subject to algorithmic biases, and humans wouldn’t have control over the profiling and decisions robots take. It could also reduce the threshold for war.

Why do countries want these robots?

Many militaries want to use such machines since it will reduce the number of human soldiers who would be put in peril. In addition, robots are often considered more efficient, can traverse terrains that humans may not be able to, and can be used for things like crowd control. But most importantly, many proponents of killer robots for warfare argue that using robots instead  of humans can  significantly reduce the cost of war, while those against it argue that this comes at the cost of removing mercy from the battlefield.

Why is the treaty being opposed?

While there are a significant number of countries who are not opposing the disarmament of such weapons, those who have invested in such technologies oppose it. One  of  the  arguments  is  that  nations want any decision on the matter to be unanimous, while the US has argued that existing laws are sufficient for controlling LAWS. The country has also proposed a “non-binding Code of Conduct”, for countries that use killer robots. The UN group agreed to meet for 10 days over 2022 to discuss how to control the use of killer robots.

Denial of responsibility! NewsUpdate is an automatic aggregator around the global media. All the content are available free on Internet. We have just arranged it in one platform for educational purpose only. In each content, the hyperlink to the primary source is specified. All trademarks belong to their rightful owners, all materials to their authors. If you are the owner of the content and do not want us to publish your materials on our website, please contact us by email – [email protected]. The content will be deleted within 24 hours.
autonomous droneBattlefieldbest technology newsconvention on weaponsdecidedigital technologiesFailfuture

5 tech trends that will impact businesses well beyond 2022

I hope I can go better than the top 25: Sania Mirza