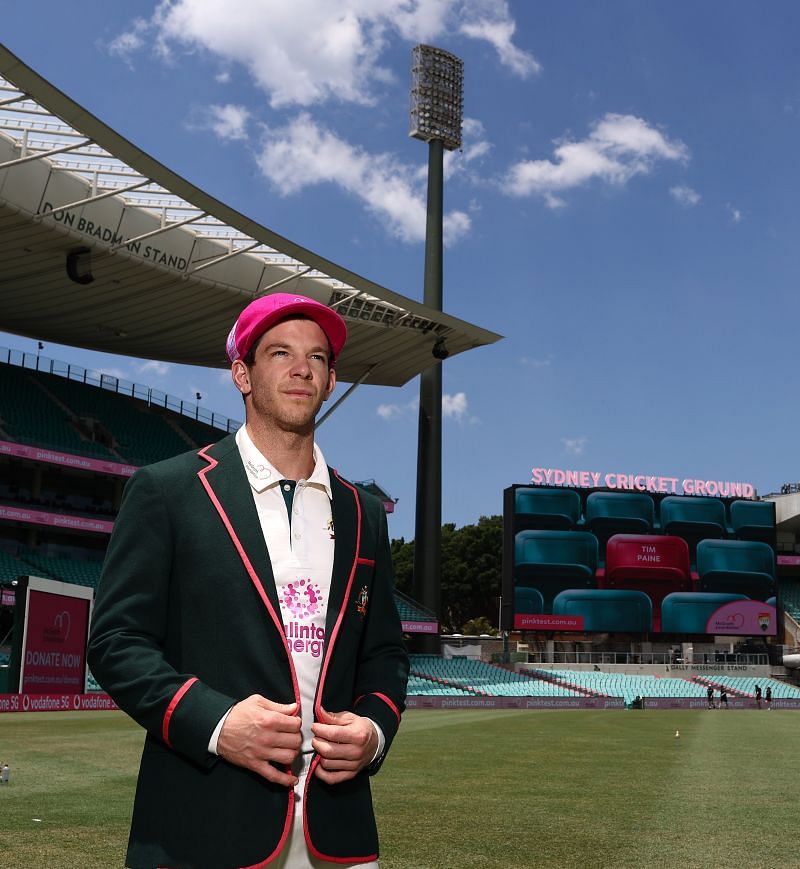 Australian Test skipper Tim Paine recently stated that he enjoys the banter from England’s Barmy Army. Paine has been the center of attention after he stated that the Ashes were sure to occur with or without England captain Joe Root.

With Joe Root committing to the Ashes tour, the Barmy Army has taken a jibe at Paine by comparing his career runs with that of the visiting skipper. However, the 36-year-old keeper-batsman was unfazed by such remarks and hailed the troops.

If Joe Root scores 80 more runs than Tim Paine in the first 2 Ashes Tests, his 2021 Test runs will be higher than Paine’s career Test runs 👀

If Joe Root scores 80 more runs than Tim Paine in the first 2 Ashes Tests, his 2021 Test runs will be higher than Paine’s career Test runs 👀 https://t.co/kudOTEDYdN

Instead, Tim Paine said he will miss the fans this year as their chants and slogans improve the atmosphere tenfold. Paine told SEN radio the following:

“The Barmy Army enjoy poking fun at me but that’s fine. It’s actually a bit sad to be honest because it does really add to the atmosphere and they are excellent at what they do. I have been belted, every day, 24 hours a day, and I have absolutely loved it. Granted, they do re-use a lot of chants from the English Premier League. I don’t think they’ve come up with too much original in the last 20 years. But they’re excellent, brilliant to have at a cricket ground.”

With strict travel restrictions in place, the Barmy Army is unlikely to be able to support their countrymen in large numbers. Nevertheless, the ECB is likely to send a full-strength squad to Australia as they aim to regain the urn.

They rely on him to win games of cricket with the bat: Tim Paine on Joe Root

📆 ANNOUNCEMENT FROM CRICKET AUSTRALIAThe dates for the 2021/22 Men’s Ashes series and venues 👇 https://t.co/GAca7zEG0Y

Paine thinks that the comparison between him and Root’s runs with the bat is hilarious and pointless. He took a dig at the tourists for their over-reliance on the right-handed batsman to win them games. The Tasmanian added:

“I’d like to say ‘apples and oranges’ but it’s not even that. The Barmy Army watch a lot of cricket, you would think they would understand the game a little bit better than that. Joe Root – if he wasn’t scoring more runs than me, they would have a serious issue, wouldn’t they? They rely on him to win games of cricket with the bat, I’m a small piece in our jigsaw.”

The spotlight will be on Paine and his team after a Test series loss to India last summer. The gloveman can’t afford another series defeat at home under his leadership and will want to live up to the favorites tag by retaining the urn. The first Test starts at the Gabba on December 8.

Denial of responsibility! NewsUpdate is an automatic aggregator around the global media. All the content are available free on Internet. We have just arranged it in one platform for educational purpose only. In each content, the hyperlink to the primary source is specified. All trademarks belong to their rightful owners, all materials to their authors. If you are the owner of the content and do not want us to publish your materials on our website, please contact us by email – [email protected]. The content will be deleted within 24 hours.
AbsolutelyaheadArmyAshesAustralia Cricket TeamBarmybest sports newsCricket