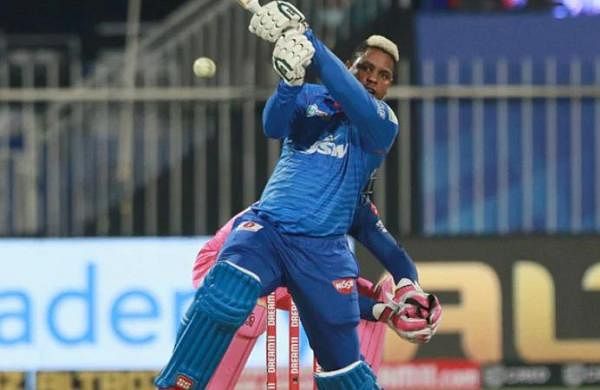 I am paid to finish games for my side: Delhi Capitals batsman Shimron Hetmyer

DUBAI: Delhi Capitals batter Shimron Hetmyer has said that he is paid to finish off games for his side and it is a good feeling to be able to do the job against Chennai Super Kings (CSK) in the ongoing Indian Premier League (IPL) 2021.

Hetmyer played an unbeaten knock of 28 runs off just 18 balls to help Delhi Capitals defeat CSK by three wickets with two balls to spare. With this win, Rishabh Pant-led outfit moved to the top of the points table with 20 points from 13 games.

“Very important for me to finish games. I tell the guys that is what I am paid for and I try to finish as many games as possible. I thought I was out (on his dropped catch), and the guy missed it and I was thankful,” Hetmyer told host broadcaster Star Sports after the game ended.

“It was just about getting bat on ball. The 19th over was the one where I thought I’d try and get a six and bring it down as much as possible. I had enough practice against Bravo in the CPL. I knew he would go wide with the field he had and I just looked to go straight down the ground against him. It paid off twice,” he added.

Earlier, Ambati Rayudu played an unbeaten knock of 55 runs off 43 balls as CSK posted a total of 136/5 in the allotted twenty overs. For Delhi Capitals, Axar Patel returned with figures of 2-18.

“It is difficult, but important to assess the lines and the speeds at which we needed to be bowling on this pitch. I thought they were five or ten runs short in the powerplay. The discussion with Hetmyer was about the lines they’d bowl. He told me that they would bowl wide and he asked me to play straight and look for singles. Such matches give you a lot of confidence in the knockouts,” Axar told Star Sports.

Delhi Capitals will next square off against Royal Challengers Bangalore (RCB) on Friday at the Dubai International Stadium.

Denial of responsibility! NewsUpdate is an automatic aggregator around the global media. All the content are available free on Internet. We have just arranged it in one platform for educational purpose only. In each content, the hyperlink to the primary source is specified. All trademarks belong to their rightful owners, all materials to their authors. If you are the owner of the content and do not want us to publish your materials on our website, please contact us by email – [email protected]. The content will be deleted within 24 hours.
Batsmanbest sports newsCapitalsChennai Super Kingsdelhi capitalsDelhi Capitals vs Chennai Super Kingsfinishgames

mixer grinder: Amazon Sale: Up to 42% discount on mixer grinders with at least 3 jars and 500W motor – Times of India