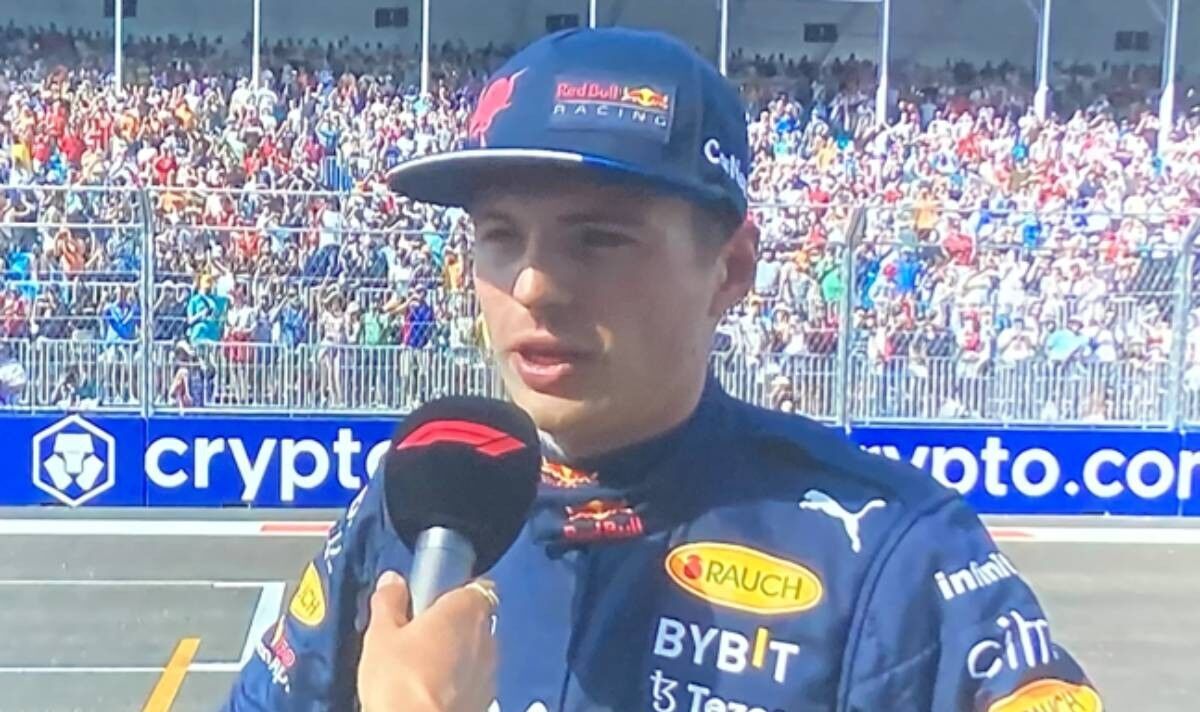 Max Verstappen took the blame for missing out on a chance to take pole for the Miami Grand Prix after exceeding track limits in his final run during qualifying. There was just one-hundredth of a second separating Verstappen, Charles Leclerc and Carlos Sainz after the first run in Q3.

Sergio Perez was also close to challenging, but all focus was on Verstappen and the two Ferraris heading into the second and final shootout. Both Leclerc and Sainz were over the line first, with the former taking provisional pole ahead of his team-mate.

But Verstappen was surprisingly slow coming into the finish line and it soon became apparent the reigning F1 champion had an issue on his final lap. The Dutchman has been struggling with reliability issues all weekend in Miami with his brakes catching fire during FP2 on Friday evening.

However, replays quickly showed that Verstappen just caught out by his own mistake. Verstappen was clearly pushing hard from the very first corner, but overstepped his mark into Turn Six and exceeding track limits.

He was quickly on team radio, stating: “I f***ed it.” His failure to put in a lap time on the second run didn’t cost him too much though with Verstappen’s first lap fast enough for third, just ahead of his team-mate.

Ferrari locked out the front row though with Leclerc just pipping his team-mate to pole. Despite his error on the final run, Verstappen was overall pleased with qualifying after a difficult weekend in Miami so far.

“Overall I am pretty pleased with qualifying,” Verstappen said. “Literally I did four or five laps yesterday so today I was still trying to learn the track and trying to find a decent balance in the car.

“To be that competitive in qualifying, I was a bit surprised. This is not an easy track to learn. Of course you want to be on pole, but where we came from I think we did a really good job.

“We have to start making the weekends a little less difficult. We have a good chance tomorrow. We have a bit of speed. The car is handling quite well. I’m looking forward to that.”

Denial of responsibility! NewsUpdate is an automatic aggregator around the global media. All the content are available free on Internet. We have just arranged it in one platform for educational purpose only. In each content, the hyperlink to the primary source is specified. All trademarks belong to their rightful owners, all materials to their authors. If you are the owner of the content and do not want us to publish your materials on our website, please contact us by email – [email protected]. The content will be deleted within 24 hours.
best sports newsfedfinalFuriouslapMaxmessingMiami

Novel sporting: We bring you the newly-introduced sports in Asian Games and Paris 2024 Olympics