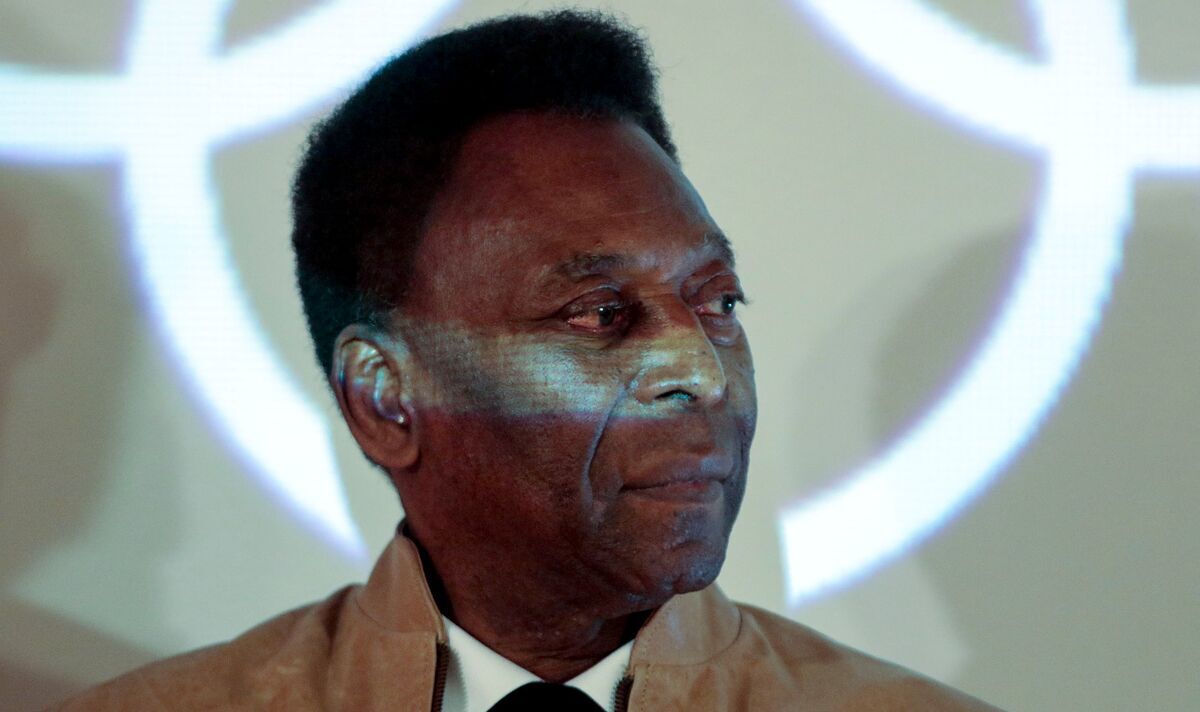 Brazilian football icon Pele has said he feels “strong” after reports emerged on Thursday he had been placed under end-of-life care. The 82-year-old was flooded with well-wishes from across the world of football after it was claimed that he was only receiving treatment for pain and shortness of breath, with his body having reportedly struggled to respond to chemotherapy.

Pele has since delivered an update on his health via Instagram to reassure fans that he remains stable and is looking forward to watching Brazil in their next World Cup match against South Korea next week.

The statement read: “My friends, I want to keep everyone calm and positive. I’m strong, with a lot of hope and I follow my treatment as usual. I want to thank the entire medical and nursing team for all the care I have received.

“I have a lot of faith in God and every message of love I receive from you all over the world keeps me full of energy. And watch Brazil in the World Cup too! Thank you so much for everything.”

The sporting world has been awaiting further news on Pele’s condition after he was said to have been admitted to hospital earlier this week with generalised swelling and decompensated heart failure. The three-time World Cup winner’s family Pele’s family have attempted to ease concerns over his health in recent days, with his daughter Kely Nascimento taking to social media after his return to hospital was first reported.

“Lots of alarm in the media today concerning my dad’s health,” she wrote. “He is in the hospital regulating medication. There is no emergency or new dire prediction. I will be there for New Year’s and promise to post some pictures.”

Numerous well-wishers paid tribute to Pele on Saturday after it emerged from Brazil that he had reportedly been moved into palliative care, with Match of the Day host Gary Lineker writing on Twitter in Portuguese: “Very sad news.”

England skipper Harry Kane was also quizzed about Pele in his press conference ahead of Sunday’s match against Senegal at the World Cup. He said: “First and foremost, I’d like to send my best wishes to Pele and his family. He is an inspiration in our game, an incredible footballer and an incredible person.”

Pele is the only player to have won three World Cups over the course of his professional career, during which he firmly established himself as arguably football’s greatest ever player, while his influence in Brazil remains heavily felt to this day. He made his name at club level for Brazilian giants Santos between 1956 and 1974 before a brief stint with New York Cosmos, while Santos maintain he that scored nearly 1,000 goals before hanging up his boots in 1977.

Denial of responsibility! NewsUpdate is an automatic aggregator around the global media. All the content are available free on Internet. We have just arranged it in one platform for educational purpose only. In each content, the hyperlink to the primary source is specified. All trademarks belong to their rightful owners, all materials to their authors. If you are the owner of the content and do not want us to publish your materials on our website, please contact us by email – [email protected]. The content will be deleted within 24 hours.
best sports newsFeelFootballHealthlegendnews update sportsnewsupdatePele

State of emergency at PSG ahead of Bayern Champions League…