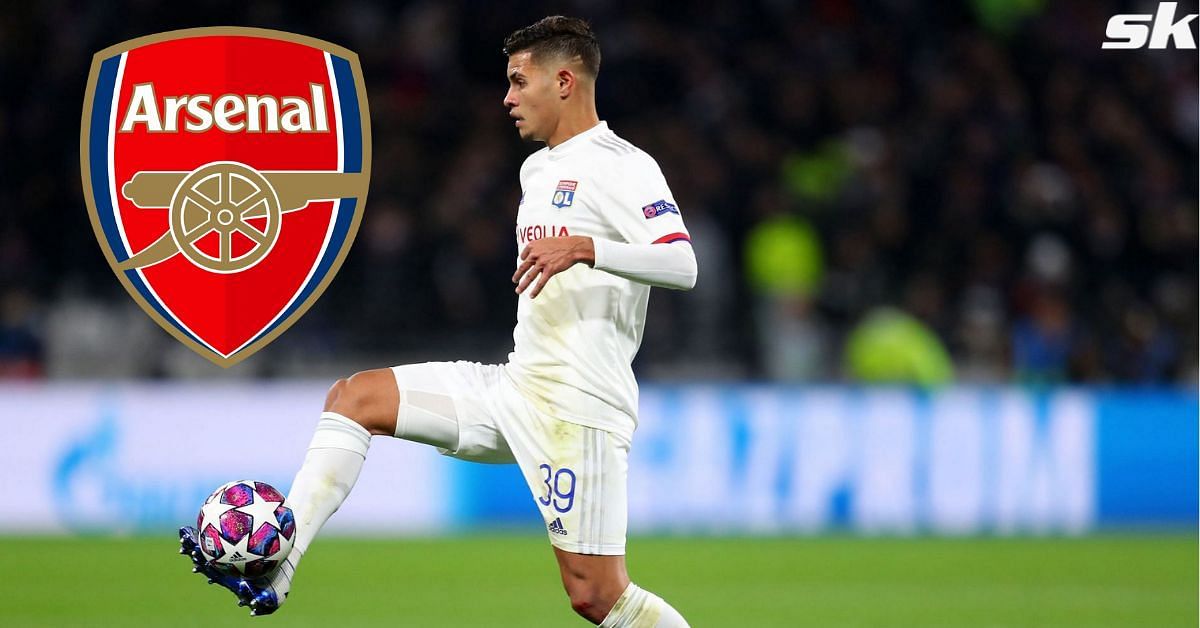 Lyon midfielder Bruno Guimaraes has spoken about the recent rumours linking him with a move to Arsenal. The Brazilian has been a target for the Gunners over the past three years.

Speaking to Brazilian outlet Globo Esporte, Guimaraes acknowledged Arsenal’s interest in signing him, however, the midfielder explained that his focus is currently on Lyon’s success. He said:

“It’s normal to be mentioned like this when you are an Olympic champion, have been called up for the national team and are performing well individually. But I don’t really like to think about it. I let my agent manage that.”

“There has been a change in management. We talked about it briefly when Juninho was at the club. When the time comes, we’ll talk about it again. The focus now is to move up the rankings and put Lyon in the correct position.”

Guimaraes did, however, admit that his goal was to play in the Premier League at some point during his career. He said:

“Arsenal approached my agent, but there was no offer. My aim, and I made it clear to Juninho, is to win a title with Lyon. The fans have not had one for a long time. We have the Coupe de France, the Europa League and the league. It is difficult with the level that PSG are at, but anything can happen. My aim is to win a title here, but I have never hidden my desire to play in the Premier League.”

Guimaraes had a breakout 2020-21 season for both club and country as his performances for Lyon earned him a place in Brazil’s 2020 Tokyo Olympics squad. The midfielder played almost every minute of the tournament as Brazil went on to win the gold medal, beating Spain 2-1 in the final.

Having lost both Thomas Partey and Mohamed Elneny to the Africa Cup of Nations, Arsenal will need to strengthen their midfield during the January transfer window if they are to mount a serious top 4 challenge.

Mikel Arteta acknowledged that his side need to bring in reinforcements ahead of Arsenal’s 1-0 loss against Nottingham Forest on Sunday. He said:

The club’s technical director, Edu, also confirmed that the Gunners will be active in the transfer market. He said:

“We are expecting some activity because of a few players, and we have a few loans that hopefully we will have to complete. But it depends, as we all know it’s a very complicated market, and it’s a short window, so we’ll see what happens.”

Interesting comments from Arteta about trying to sign a midfielder this month, very welcome ones as well.

Would be madness to let AMN leave without a bringing someone in. Can’t weaken the squad at this stage of the season having given yourselves such a good chance of top 4.

Interesting comments from Arteta about trying to sign a midfielder this month, very welcome ones as well. Would be madness to let AMN leave without a bringing someone in. Can’t weaken the squad at this stage of the season having given yourselves such a good chance of top 4.

Denial of responsibility! NewsUpdate is an automatic aggregator around the global media. All the content are available free on Internet. We have just arranged it in one platform for educational purpose only. In each content, the hyperlink to the primary source is specified. All trademarks belong to their rightful owners, all materials to their authors. If you are the owner of the content and do not want us to publish your materials on our website, please contact us by email – [email protected]. The content will be deleted within 24 hours.
agentArsenalbest sports newsBrunoEPL 2021-22FootballGuimaraesLinks