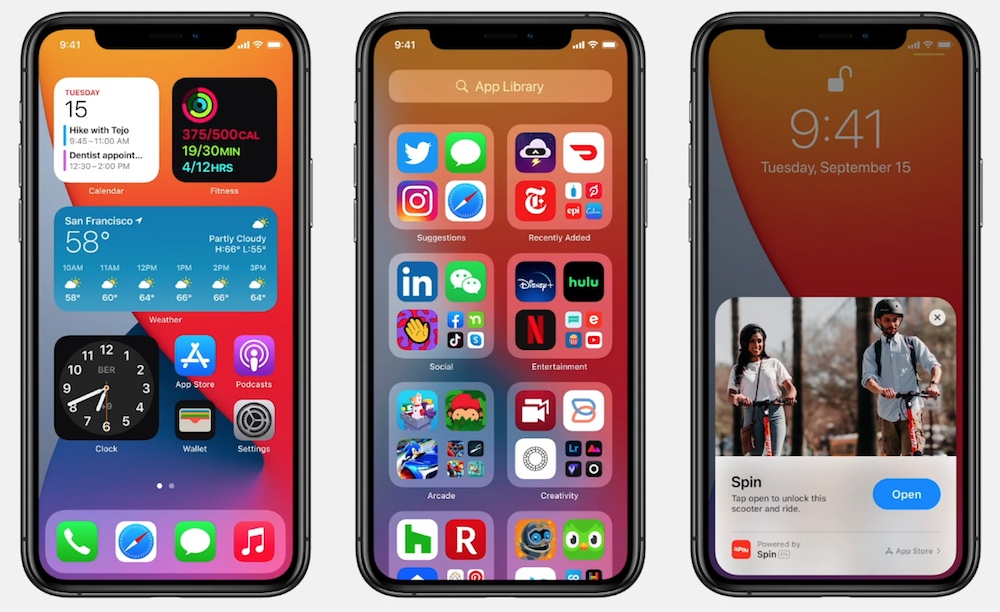 Now that Google unveiled its newest software developments at I/O 2021, including Android 12, we’re waiting for Apple to do the same. We’re only a few weeks away from the main WWDC 2021 keynote, where Apple will unveil the new software innovations it devised for its products. Given the iPhone is the most popular Apple product, iOS 15 is the most anticipated announcement from the show — iPadOS 15 will be an equally exciting upgrade this year considering what Apple just did with the iPad Pro.

While most of the Android 12 significant features and design changes leaked before the I/O press event, iOS 15 is more mysterious. We saw some leaks earlier this year that listed some of the general software improvements expected from the iOS 15. We’re looking at notifications improvements, a new lock screen design for the iPhone, new privacy features, and a new home screen for the iPad. Unlike the Android leaks, we have no visuals for iOS 15 either. But after seeing Google’s announcement this week, I’m looking forward to iOS 15 “copying” one of the newest features that Google added to Photos.

Google announced a new Locked Folder functionality for Google Photos that does exactly what the name suggests. It lets users place photos in the folder that they wouldn’t want to have access to other people using their devices, apps that get access to photos or appear in photo feeds.

As seen in the image above, Locked Folder will be protected by a password or PIN and support biometrics authentication. That means fingerprint readers on Android, although face unlock tech could also work where available.

This is the kind of feature that iPhone and iPad users have been waiting for years to arrive on iOS. Apple added a “Hidden” folder to the Photos app, but anyone with access to the phone or tablet would be able to see the contents of the folder as long as they know it’s there. Protecting the folder with a PIN or Face ID might be the next step.

Locking photos with a password might be required for the sensitive documents that one might want to carry around. That’s the kind of personal data that needs protection beyond the phone’s screen lock. Third-party apps can lock photos with a password already, but adding the functionality to the default Photos app would be a welcome addition to iPhone and iPad.

Google hasn’t explained the Locked Folder in detail during the keynote, but Android Police has a full rundown of features.

With Locked Folder in @googlephotos, you can add photos to a passcode protected space and they won’t show up as you scroll through Photos or other apps on your phone. Locked Folder is launching first on Google Pixel, and more Android devices throughout the year. #GoogleIO pic.twitter.com/yGNoQ8vLdq

The Locked Folder sits in the Utilities section in the Library bottom tab. When choosing to save photos in the protected folder, they’ll be removed from cloud storage entirely. That means the Locked Folder doesn’t apply to the cloud, and Google won’t be syncing photos between a local Locked Folder and a cloud Locked Folder. The protected images will only live on the phone where the Locked Folder is enabled, that’s part of the security feature. The downside is that the photos might be lost forever if the phone is lost, stolen, or damaged. The fix for that is actually relatively simple; one could store the images on other devices, including computers or storage drives.

Android Police explains that the Locked Folder will not let you edit photos, and you’ll have to move them out of the folder to do so. Also, searching for images or creating albums isn’t supported, so you’ll have to manually scroll through photos to find the desired document.

Locked Folders will be available on Pixel phones initially and roll out to other Androids later. With iOS 15, Apple could make this sort of functionality available to all iPhones and iPads.

WWDC 2021 kicks off on June 7th, with the main keynote streaming online on Apple’s events hub and YouTube.

This iPhone case is thin and light but extra Tuff – now it’s at Amazon’s lowest price ever! Price:$15.99

Denial of responsibility! NewsUpdate is an automatic aggregator around the global media. All the content are available free on Internet. We have just arranged it in one platform for educational purpose only. In each content, the hyperlink to the primary source is specified. All trademarks belong to their rightful owners, all materials to their authors. If you are the owner of the content and do not want us to publish your materials on our website, please contact us by email – [email protected]. The content will be deleted within 24 hours.
android 12applebest technology newsfeatureGooglegoogle photoshopeiOS

Don’t know what to say: Mixed emotions in Indian sports after Sushil’s arrest in murder case

How people decide on a new smartphone: 91mobiles Smartphone…

Man Utd and Arsenal can make five bargain signings from…