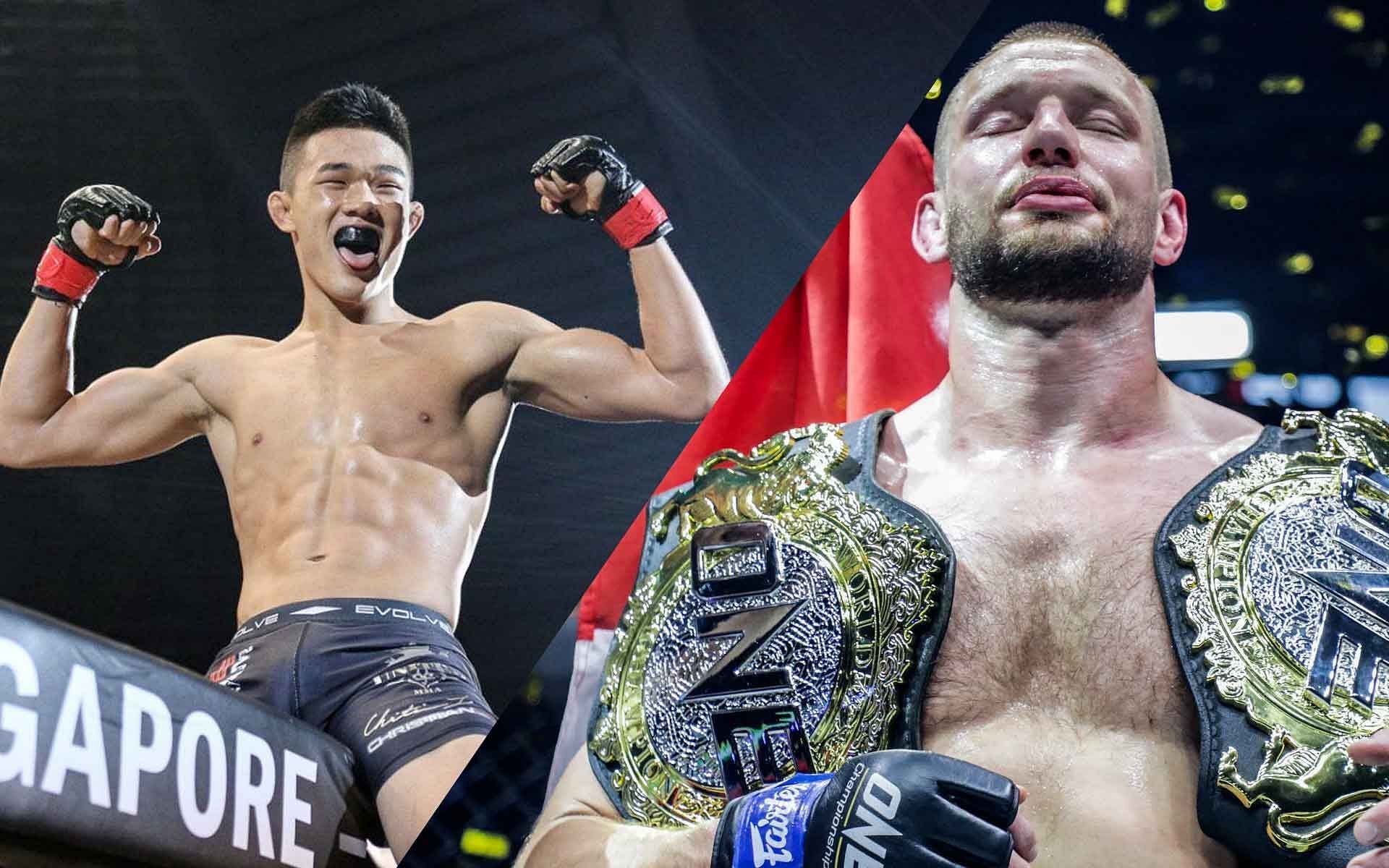 “I see him taking him down and submitting him” – Christian Lee picks winner of Reinier de Ridder vs. Kiamrian Abbasov middleweight world title showdown

Christian Lee believes that Reinier de Ridder will successfully defend his ONE middleweight title against Kiamrian Abbasov next weekend.

Before losing his lightweight strap to South Korean veteran Ok Rae Yoon last year, Christian Lee had grand designs on taking Abbasov’s welterweight belt away from him. However, without gold around his waist, Lee has been reduced to spectator status for the time being.

If Abbasov wins, the welterweight champ will add another world title to his mantle. However, the 23-year-old Lee doubts the Kyrgyzstan native’s capability to pull it off.

In a recent interview with ONE Championship, Christian Lee said:

“You know, I see him [de Ridder] taking him [Abbasov] down and submitting him. You know, not taking anything away from Kiamrian Abbasov, I think he’s a great fighter. But I see a takedown and a finish by Reinier.”

‘The Dutch Knight’ is undefeated in his professional MMA career with 14 wins and no losses. Nine of his victories have come by way of submission. While Abbasov does provide an interesting clash of styles, Christian Lee doesn’t believe it will be enough to trump the bigger, more talented Dutch fighter:

“I think that it’s a good fight. You know, Kiamrian Abbasov, I’m sure that he’s been training hard. If he can keep the fight standing, I think he’ll have a chance because he’s got a good wrestling background. But you know Reinier, so far, he’s shown a great ability of closing the distance and bringing the fight to where he wants, which is on the ground. So, if he’s able to get the takedown, it’s going to be a long night for Abbasov. And I think that the edge will go to the middleweight champ.”

As for Christian Lee, there seems to be nothing else on his radar than an immediate rematch with the reigning ONE lightweight world champion, Ok Rae Yoon.

Ok scored a shocking unanimous decision victory over Lee at last September’s ONE: Revolution. It was a close and controversial decision, with many feeling Lee had done enough to retain his title. However, the judges saw the fight differently, and awarded the victory and the ONE Championship lightweight strap to the South Korean.

Lee says there’s no bad blood between him and Ok, but he is confident of victory the next time they meet in the Circle:

“Ok Rae Yoon, you know, he stated clearly after the fight that he wants to give me the rematch, he feels that I do deserve it. And for me, I clearly want a rematch. So you know, other than that there’s no bad blood between us. I respect his hard work. And, you know, I respect him as a fighter. When we go in there, I’m going to be going to get my belt back and it’s simple for me. This is just business.”

Denial of responsibility! NewsUpdate is an automatic aggregator around the global media. All the content are available free on Internet. We have just arranged it in one platform for educational purpose only. In each content, the hyperlink to the primary source is specified. All trademarks belong to their rightful owners, all materials to their authors. If you are the owner of the content and do not want us to publish your materials on our website, please contact us by email – [email protected]. The content will be deleted within 24 hours.
Abbasovbest sports newsChristianKiamrianLeemiddleweightMMANews

Reminder: Genshin Impact has a daily check-in for free stuff

Where Is Pinnacle Peak In Fortnite?