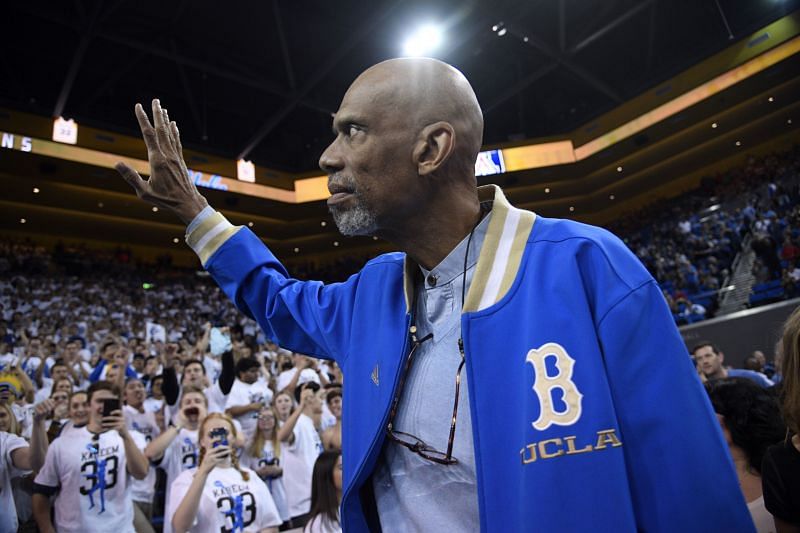 LeBron James has broken several NBA records in his illustrious 18 year NBA career. However, he is on track to break the points record held by six-time NBA champion Kareem Abdul-Jabbar. King James currently has 35,367 points throughout his career. He is only 3,020 points behind the NBA legend, who has 38,387 points.

It is just a matter of time before he broke into second position by breaking Karl Malone’s record of 36,928 points. However, LeBron’s goal is to break Kareem’s record before he retires, and if things go as planned and he stays healthy, there is no one stopping him from reaching that mark.

In an interview with NBA reporter Marc Stein, Kareem Abdul-Jabbar expressed his thoughts on how he would feel if LeBron made his way past the record. The two-time finals MVP also gave his opinion on the GOAT debate between LeBron and Michael Jordan. During the interview, Kareem said:

“I’m excited to see it happen. I don’t see records as personal accomplishments, but more as human achievements. If one person can do something that’s never been done, that means we all have a shot at doing it. It’s a source of hope and inspiration.” He further added, “We all win when a record is broken and if LeBron breaks mine, I will be right there to cheer him on.”

Kareem is a champion in his own right, he is regarded as the best center’s to ever play in the league. He carried the Milwaukee Bucks to their first-ever NBA championship in franchise history and also formed a formidable team during his stint at the Lakers.

He was also part of several GOAT conversations during the ’80s because of his sheer brilliance. The 74-year-old was part of a Lakers team that had the likes of Magic Johnson, but his impact on basketball will never be forgotten. His famous skyhook shot is, to date, one of the toughest yet most elegant moves in basketball. Many dreams to perfect it, but there will never be anyone who will ever do it better than the one and only Kareem. Speaking about how he executed the skyhook to perfection, Kareem said:

“I just kept practicing it until I could hook with the left or right hand as well as with a higher arc and from farther away. I was also pretty good at the slam dunk, but what I like about the skyhook is the grace and athleticism of it as opposed to the sheer power of the stuff.”

Kareem’s brilliance on the court can never be surpassed, however, the legend also proved that he is a terrific problem solver. The ongoing GOAT debate between LeBron James and Michael Jordan seems to be a never-ending conversation. But Kareem has his own way of looking at it.

He believes that every aspect of basketball needs to be judged differently. The NBA legend also shared his light as to how different the game was back then and what the conditions are now. Speaking to Marc Stein in an interview, Kareem said:

“The question can never be answered because players from the past were trained under different restrictions and played under different rules in the NBA. Then you have to ask what to give more weight to: Scoring, defense, assists? All of them? But the stats don’t always reveal the particular conditions and challenges of each season. Way too many variables. How about we just discuss the O’GOAT (One of the Greatest of All-Time)?”

Loading...
Denial of responsibility! NewsUpdate is an automatic aggregator around the global media. All the content are available free on Internet. We have just arranged it in one platform for educational purpose only. In each content, the hyperlink to the primary source is specified. All trademarks belong to their rightful owners, all materials to their authors. If you are the owner of the content and do not want us to publish your materials on our website, please contact us by email – [email protected]. The content will be deleted within 24 hours.
Loading...
AbdulJabbarAllTimeBasketballbest sports newsbreakcheerJamesKareem

How does running back Kerryon Johnson fit into the San Francisco 49ers offense?