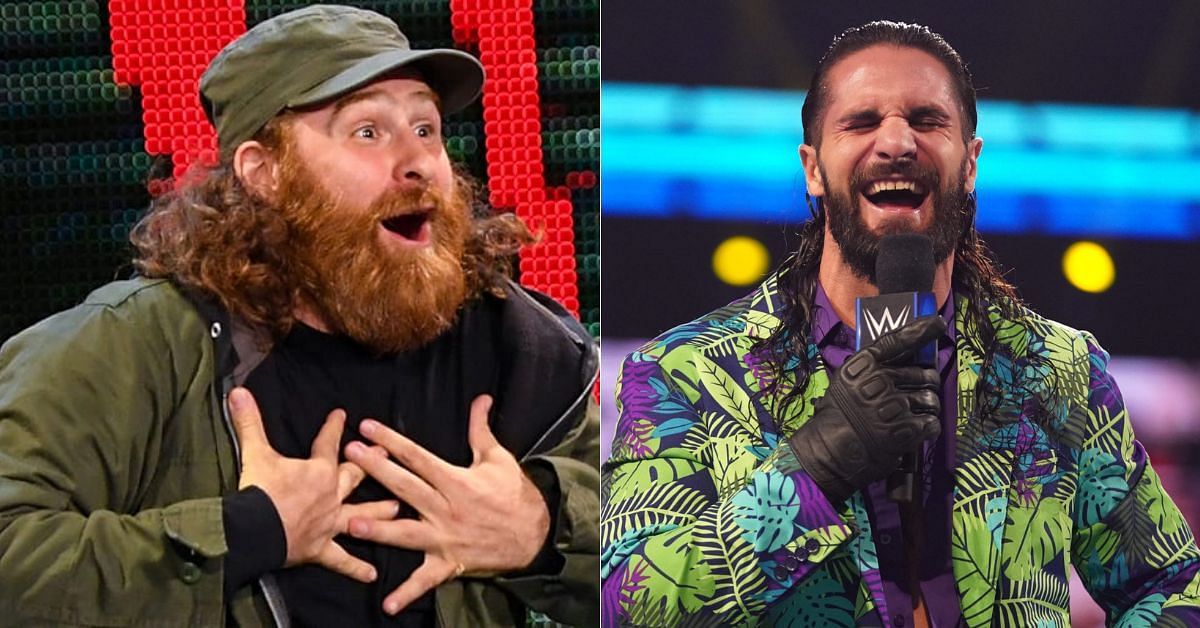 Former WWE Universal Champion Seth Rollins has promised Sami Zayn that he will put Jeff Hardy “out of his misery” for him at the Survivor Series pay-per-view.

On last week’s SmackDown show, Jeff Hardy made fun of Sami Zayn backstage, resulting in the latter complaining to Adam Pearce about the WWE legend. Pearce announced a match between the two, with the loser thrown out of Team SmackDown for Survivor Series. Hardy got the win after landing a Swanton Bomb on Zayn and replacing him on Team SmackDown.

Sami Zayn posted a clip of the final moments of his match with the former WWE Champion, where he broke character to state that 15-year-old Sami wouldn’t have believed that the moment with Hardy would’ve been possible.

“If you told me about all this when I was 15, I never would have believed it,” said Zayn.

If you told me about all this when I was 15, I never would have believed it.

If you told me about all this when I was 15, I never would have believed it. https://t.co/x1LhWXEF1b

Rollins, who is part of Team RAW for the men’s 5-on-5 Survivor Series match, told Zayn that he would take care of Hardy at the pay-per-view.

“Never meet your heroes man. They’ll stab you right in the heart. I’ll put that son of a gun out of his misery for you at SS,” said Rollins to Zayn.

@SamiZayn Never meet your heroes man. They’ll stab you right in the heart. I’ll put that son of a gun out of his misery for you at SS.

@SamiZayn Never meet your heroes man. They’ll stab you right in the heart. I’ll put that son of a gun out of his misery for you at SS.

Drew McIntyre, Happy Corbin, and King Woods are three other members of Team SmackDown, while the fifth and final member will be announced soon.

“I actually kind of liked his motivational speech, psych, not really. He’s just so hard to believe because he seems so fake. But there’s something deep within him that would be special and kind. I feel if he would represent it himself. But he doesn’t, so Sami’s gonna be Sami no matter what,” said Jeff Hardy about Sami Zayn.

It will be interesting to see if Zayn interferes in the men’s Survivor Series match and costs Jeff Hardy and Team SmackDown, leading to an extended feud between the two superstars.

What’s next for Eva Marie? A former WWE writer has a suggestion for her.

Denial of responsibility! NewsUpdate is an automatic aggregator around the global media. All the content are available free on Internet. We have just arranged it in one platform for educational purpose only. In each content, the hyperlink to the primary source is specified. All trademarks belong to their rightful owners, all materials to their authors. If you are the owner of the content and do not want us to publish your materials on our website, please contact us by email – [email protected]. The content will be deleted within 24 hours.
best sports newsgunIllMiseryNewsnews update sportsnewsupdatepromise