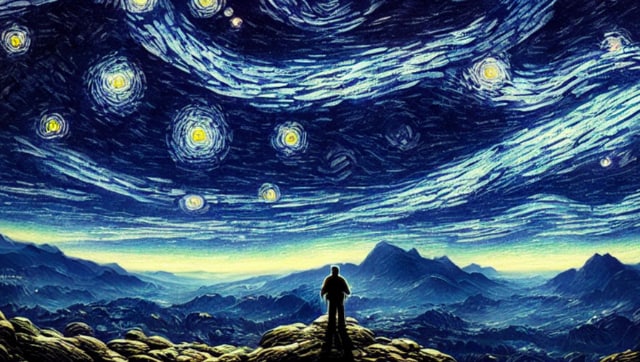 Three artists have filed a lawsuit against Stability AI, Midjourney, the companies behind the artificial intelligence art generators Stable Diffusion and Midjourney, and DeviantArt, which just unveiled its own AI art generator called DreamUp.

Artists have started suing AI tools like DALL-E2, DreamUp and Stability AI for training their AI tools using over five billion images scraped from the web “with­out the con­sent of the orig­i­nal artists.”

The three artists, Sarah Andersen, Kelly McKernan, and Karla Ortiz claim that these companies have violated the rights of “millions of artists,” by training their AI tools on five billion images scraped from the web “with­out the con­sent of the orig­i­nal artists.”

Lawyer and typographer Matthew Butterick and the Joseph Saveri Law Firm, which focuses in antitrust and class action litigation, filed the claim. In a related lawsuit concerning the AI programming model CoPilot, which is educated using lines of code gathered from the internet, Butterick and Saveri are presently suing Microsoft, GitHub, and OpenAI.

In a blog post announcing the suit, Butterick describes the case as “another step toward making AI fair & eth­i­cal for every­one.”  According to him, the ability of AI art tools like Stable Diffusion to “flood the market with an essen­tial­ly unlim­ited num­ber of infring­ing pictures would inflict per­man­ent dam­age on the market for art and artists,” will cause this damage.

The art world has responded aggressively to the surge in the popularity of AI art tools during the past year. While some claim that these tools, like earlier versions of software like Photoshop and Illustrator, might be useful, many more are against the exploitation of their work to train these lucrative algorithms. Millions of photos from the web are used to train generative AI art models, typically without the author’s knowledge or consent. Then, you may employ AI art generators to produce artwork that imitates a certain artist’s style.

It is a complex issue that, according to experts, will need to be resolved in court whether or not these technologies violate copyright law. The main defence offered by developers of AI art tools is that the fair use concept covers the training of this software using copyrighted data.

But there are various complexities when it comes to AI art generators, and issues regarding fair use still need to be addressed. These include the locations of the organisations that built these tools, since the legal frameworks for data scraping in the EU and the US differ considerably from one another, and the objectives of these entities. Stable Diffusion, for example, is trained on the LAION dataset, which is created by a German-based research non-profit, and non-profits may be treated more favourably than regular companies in fair use cases.

Denial of responsibility! NewsUpdate is an automatic aggregator around the global media. All the content are available free on Internet. We have just arranged it in one platform for educational purpose only. In each content, the hyperlink to the primary source is specified. All trademarks belong to their rightful owners, all materials to their authors. If you are the owner of the content and do not want us to publish your materials on our website, please contact us by email – [email protected]. The content will be deleted within 24 hours.
artistsbest technology newsbotsCopyrightDALL-E2DALLE2diffusionFirstpost

These chemists cracked the code to long-lasting Roman concrete