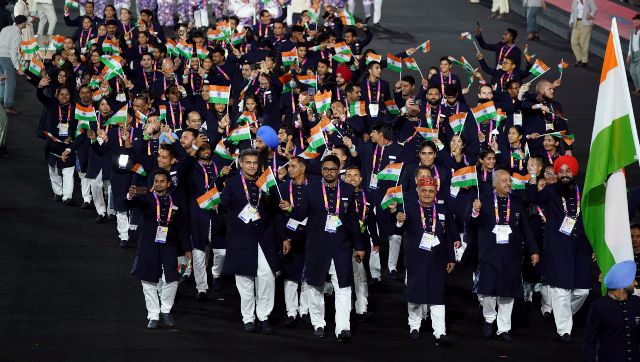 India accounted for 16 medals at 2018 Commonwealth Games in Gold Coast. With the sport missing in Birmingham, India saw fewer medals at 2022 CWG.

Team India parade during the opening ceremony of the Commonwealth Games 2022 at the Alexander Stadium in Birmingham, England. AP

New Delhi: With the 2022 Commonwealth Games concluding on Monday, not so surprisingly, India have accounted for fewer medals than the 2018 edition in Gold Coast, Australia. The magnitude isn’t massive but it has caused a blip to India’s growth at the quadrennial event.

The biggest difference between 2018 and 2022 has been driven by shooting’s absence (more on that later) from the programme.

They are still marginally smaller than the 2010 Commonwealth Games at home when India accounted for 101 medals – 38 golds, 27 silvers and 36 bronzes.

India have continued to make giant strides in this millennium at the Commonwealth Games. None have been more successful, away, than the 2022 edition in Manchester. Then India won 30 golds, 22 silvers and 17 bronzes for a collective 69 medals.

For India, wrestling and weightlifting were the most fruitful sports at the 2022 Commonwealth Games. Wrestling saw India send in 12 athletes and win 12 medals with weightlifters next at 10 medals. The surprise came in Lawn Bowls where India won two medals – a gold and a silver – with the Women’s and Men’s Fours teams triumphing.

On the second-last and third-last day of the CWG in Birmingham, India won 14 and 15 medals respectively to bloaten their tally.  Medal matches in athletics, boxing and wrestling played a crucial role in this surge on the weekend.

The final day saw further flourish with six medals, including four golds, to cap India’s tally at 61 medals from the edition.

When shooting was dropped from the Commonwealth Games programme for the 2022 edition in Birmingham, Indian Olympic Association protested. The IOA threatened to pull out of the Games altogether even as authorities claimed it was due to lack of suitable facilities. The frustration was based on India’s historic record in shooting at the Commonwealth Games.

When comparing the two editions, lack of shooting’s 16 medals is clearly visible. The question before the game was which sports could try and bridge that deficit. Athletics did with five more medals, two came from Lawn Bowls, two from hockey, three from judo, two from para table tennis.

Denial of responsibility! NewsUpdate is an automatic aggregator around the global media. All the content are available free on Internet. We have just arranged it in one platform for educational purpose only. In each content, the hyperlink to the primary source is specified. All trademarks belong to their rightful owners, all materials to their authors. If you are the owner of the content and do not want us to publish your materials on our website, please contact us by email – [email protected]. The content will be deleted within 24 hours.
Absencebest sports newsCommonwealthDropsFirstpostgamesHurtsIndia

Joker 2 Will Reportedly Be Showcased Through the Lens of…