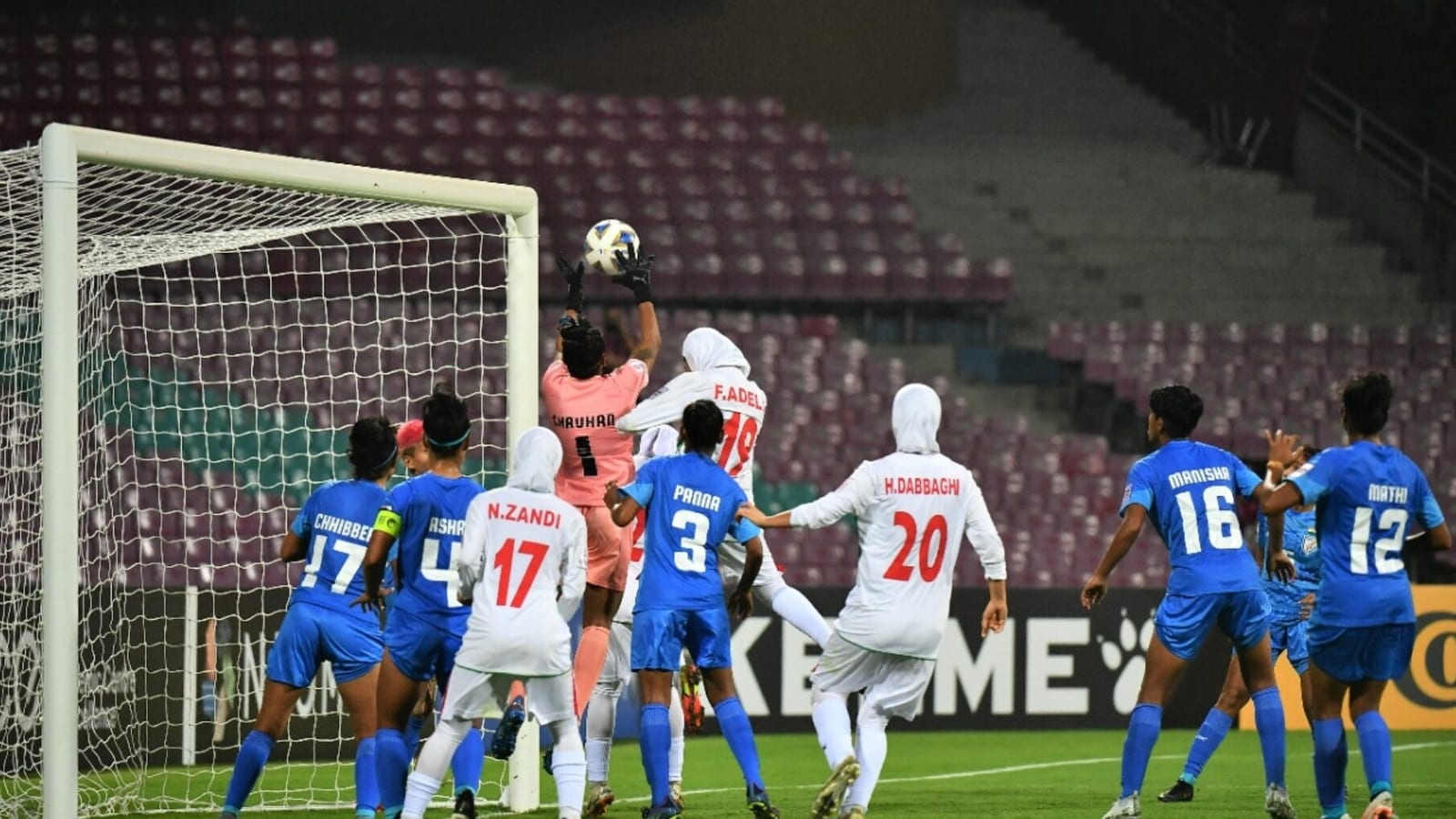 Ahead of the encounter against Iran, India coach Thomas Dennerby said he expected the opposition to build a strong defensive wall and predicted a slugfest to find the net.

India did everything but that in their opening AFC Women’s Asian Cup Group A tie against Iran which ended 0-0 and with a point each for both teams at the DY Patil Stadium in Navi Mumbai on Thursday. However, it was a goalless draw that had chances flying thick and fast throughout, a vast majority of them from the Indians. The home team had 24 shots with five on target and had 64.1% possession. Iran had one shot on target.

Iran, the tournaments debutants, did not start the game like one. The top of the goalpost saved India in the 12th minute before Negin Zandi’s shot went wide of Aditi Chauhan’s far post seven minutes later.

But once the hosts—whose available players were trimmed to 22 with Sweety Devi missing after a couple of Covid cases in the camp—settled, their confidence and chances grew. Indumathi Kathiresan struck a left-footer over the crossbar and on the half-hour mark; a header from Manisha Kalyan also sailed above Iranian goalkeeper Zohreh Koudaei. One minute later, Koudaei dropped the ball off a cross inside the box, but Kalyan was unable to direct it towards the net from the ensuing melee. Perhaps the best opportunity in the period came in the 35th minute after a miscued shot from Pyari Xaxa. An unmarked Indumathi got to the loose ball at the centre of the box but her attempt was again too high.

While India continued to press after the break, Iran retreated. Koudaei brought a fist pump out in the 77th minute after a spectacular save, extending her large frame further, twisting and then sticking her right hand out to block a header from close range by Grace Dangmei who then scuffed the rebound wide. A few minutes later Iran had a rare second-half outing near the Indian goal but were thwarted.

In the tournament opener, eight-time champions China eased past Chinese Taipei 4-0. In another development, the Japanese news agency Kyodo reported that the national team’s star striker Mana Iwabuchi had tested Covid positive ahead of their match against Myanmar on Friday.

Denial of responsibility! NewsUpdate is an automatic aggregator around the global media. All the content are available free on Internet. We have just arranged it in one platform for educational purpose only. In each content, the hyperlink to the primary source is specified. All trademarks belong to their rightful owners, all materials to their authors. If you are the owner of the content and do not want us to publish your materials on our website, please contact us by email – [email protected]. The content will be deleted within 24 hours.
afc asian cupAFC WomenAsianbest sports newsCupIndiaindia vs iranlose

Break Free with Financial Freedom in Cryptocurrency Trading with BitiQ!

Health benefits from wind power could quadruple if polluting…

Japan, Australia punch above their weight